More of Germany is appearing on Google Street View, and we can start to see what 240,000 blurred out residences looks like in a country of 8 million-plus: a lot. Far from being a marginalized fraction, the blurred structures pop right out; they’ll be the prominent, even the defining feature of Google’s virtual German landscape.
[How ridiculously cursory is this opt-out scheme, by the way? Does the blur go with the house, or the owner? Can an owner take his Street View privacy with him when he moves? Will blurred residences have an easier or harder time selling? Who gets to decide to blur a multi-family apartment? The landlord? A majority of the tenants? Whatever else they think of it, Germans should recognize that this blurring is unsustainable as it stands, and that Google is certainly treating it as a transient fix for getting through the immediate political situation.] 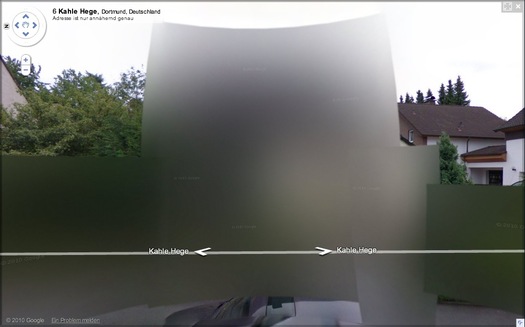 And in just a matter of days, it seems that the algorithm Google is using to blur out the houses has changed. The result, as seen in this completely random collection of houses I just surfed up in Dortmund, is all blur and no pixel.

It’s also distinctively planar, with large, overlapping, color-averaging tiles, like looking through scrims or through a construct of semi-opaque glass. If they’re still Richters, they’re the glass paintings, 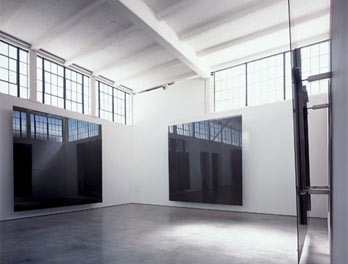 as assembled in space by Helio Oiticica. 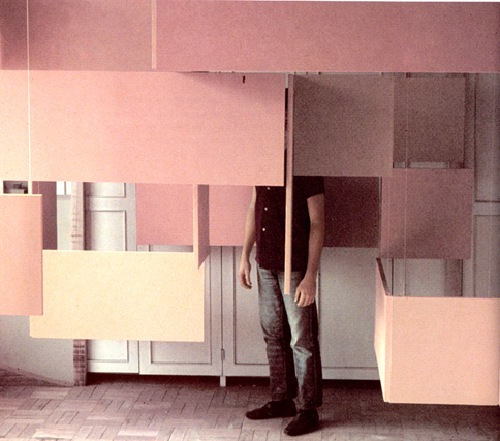 At least that’s what I’d probably use to reconstruct the blur structures in real life. Probably set up a very slight scaffolding of polycarbonate sheets, experiment with the films and filters to get the right optical effect. And then rephotograph the whole site.

Without searching through the German web, I’ll naturally assume that I’m the first to think of this brilliant artistic idea. But I’m just as sure someone on the ground will beat me to the execution. And as Germans acclimate to this Street View, I’m sure that the Blurman landscape will begin to creep into the aesthetic consciousness in a whole host of ways. 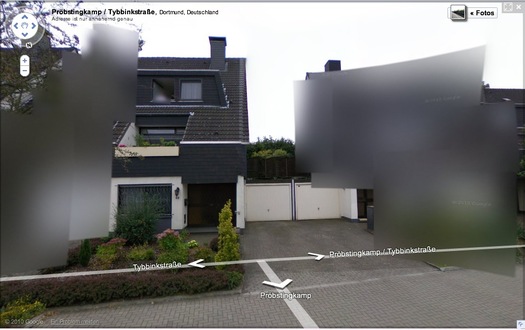 Previously: Blurmany and the Pixelated Sublime