Did I mention that I got a copy of the 316-pg instruction manual for Lego Set 10179-1: The Ultimate Collector’s Millennium Falcon? It is worth every penny. It is a thing of beauty. And gigantic, the first coffee table LEGO instruction manual. 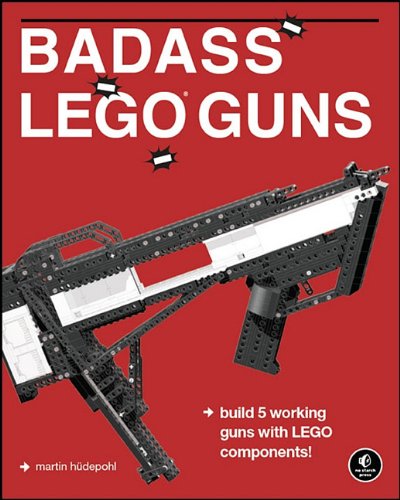 But not the only awesome LEGO instruction manual. There is another. Martin Hudepohl, a German composer and programmer who works under the moniker Xubor, just released Badass LEGO Guns, which includes detailed instructions for creating five working guns from stock LEGO Technic pieces.
It’s not clear, but Badass may overlap with Xubor’s 2009 manual classic, WEAPONS for LEGO LOVERS. Both feature variations on the THRILLER LEGO crossbow, for example. I assume the compleatist will acquire both on principle.
Badass LEGO Guns: Building Instructions for Five Working Guns