You know what, in my six days as a published author, out there flogging his book, I find myself thinking, again, of Cervantes and Don Quixote. I mean, I it really feels like I’m living in the Quixotian name I gave my film production company, First Sally. 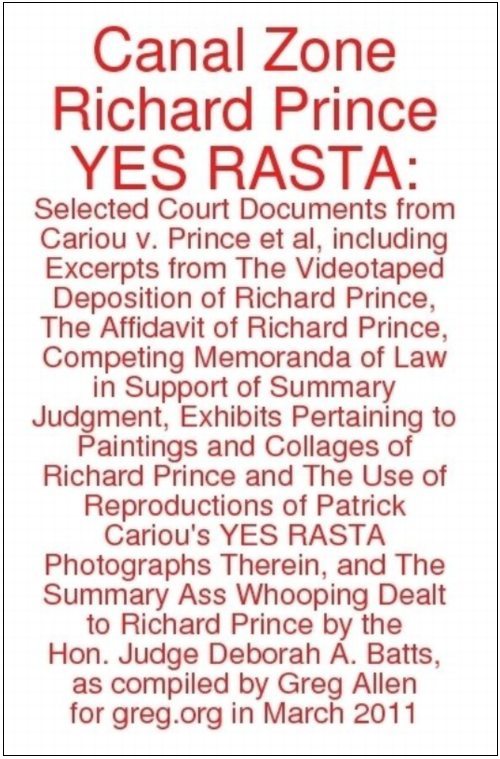 I could go on and on, to the point I stop debating whether I’m Quixote or Cervantes, and begin wondering whether I’m Pierre Menard or Borges. I assume all authors go through this. 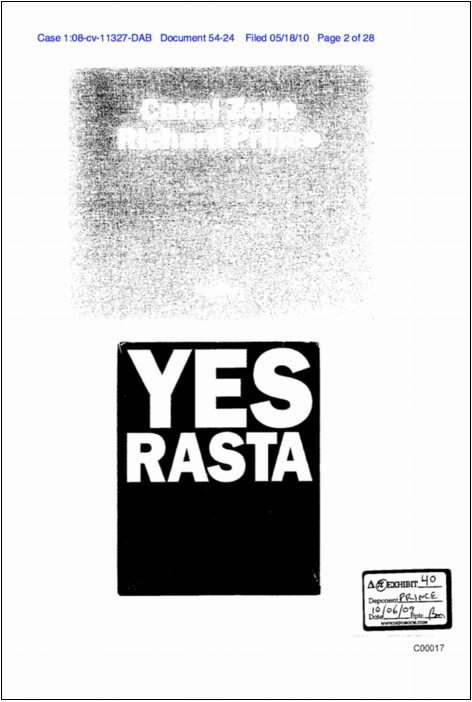 More info on Canal Zone Richard Prince Yes Rasta in the original post.
See a couple of sample spreads from the electronic edition.
Anyway, Gharraie sums up nicely the digital future where artisanal books still thrive in a tablet world:

If anything, I would rather have it both ways: the book and the blog; the lavish endeavor of the lovingly prepared new edition and the take-out convenience of the virtual text.

And I humbly announce that the future of both art and literature is here. Now if you’ll excuse me, I have to get to work on my book trailer.
APR 2011 UPDATE: The hardcover is temporarily unavailable, but there is a new, expanded softcover edition, which now contains Prince’s entire deposition transcript, an additional 101 pages, plus other key legal documents. Also, it’s from a new, nicer printer.