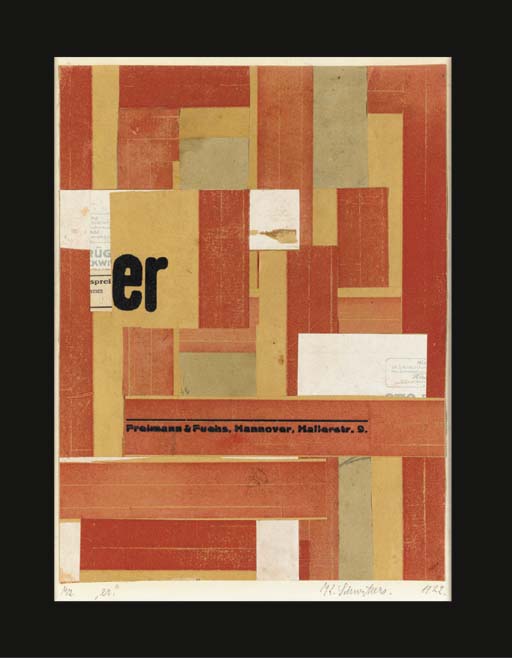 When Kurt Schwitters died in 1948, his lawyer inherited the art the artist had held onto. After his death in 1956, it was dispersed. Sidney Janis bought this 1922 Kurt Schwitters Merz collage, titled er, and then promptly sold it to Schwitter’s friend Mies van der Rohe, whose family held onto it until 2003, when they sold it for £105,650. [christies.com]