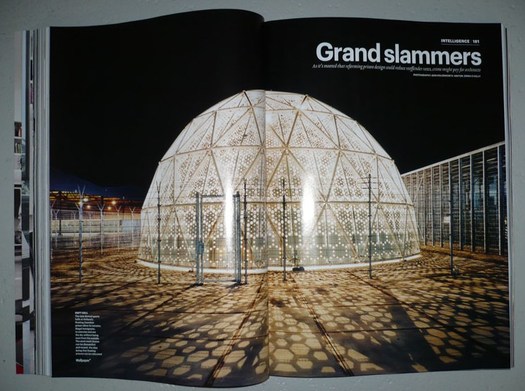 Well here’s one Dutch immigrant detention center that’s not invisible! Just the opposite.
That’s the Sportsdomes DJI up there, by architect Willem van der Sluis, featured in Wallpaper* Magazine in 2008, the same year the project won a Dutch Design Award for his Amsterdam firm Customr. 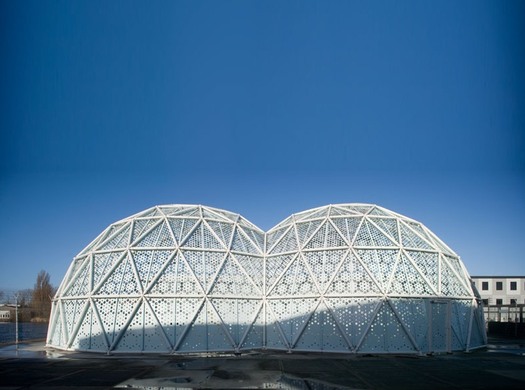 Just like the Kabul Dome the US Government ordered from Buckminster Fuller in 1955, Customr’s Sportsdomes were designed on a tight budget; in a hurry; using the latest modular manufacturing technology; so that they can be erected, dismantled, and moved with minimal skilled labor; primarily in arguable beneficence toward brown people.

Their gradated, perforated metal skin creates an indoor/outdoor space that is meant to offer a pleasant ambiance to detainees for a couple of hours of free play during each of their last weeks in the Netherlands, while protecting their privacy/ hiding their identities from the outside world. 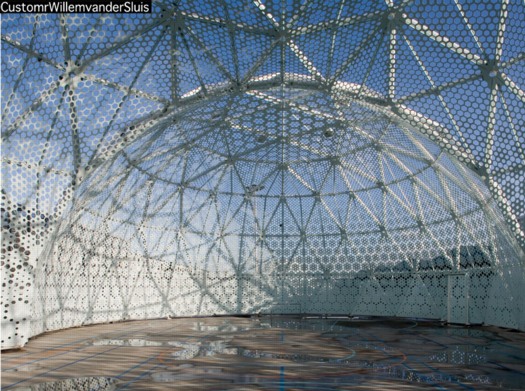 While they were points of contention among the neighbors, the Zaandam domes proved so successful that their patron, the Ministry of Security and Justice, ordered another “domecage” in 2008. Did I say “domecage”? I meant sportsdome.
CustomrWillemvanderSluis [customr.com via design den haag]
Previously:
Dutch camo domescapes
Welcome to the Kabul Dome