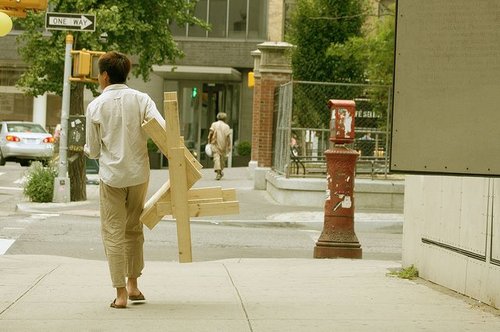 People walking the city streets with made-on-the-spot chairs. First there was the Chaise Bordelaise. Then it was the Sedia Veneziana. And yet, though The Generator by Raumlabor has had two incarnations at Storefront for Art & Architecture this year, there has still not been a New York Chair. Instead, it’s CHAIRS X URBANITY. 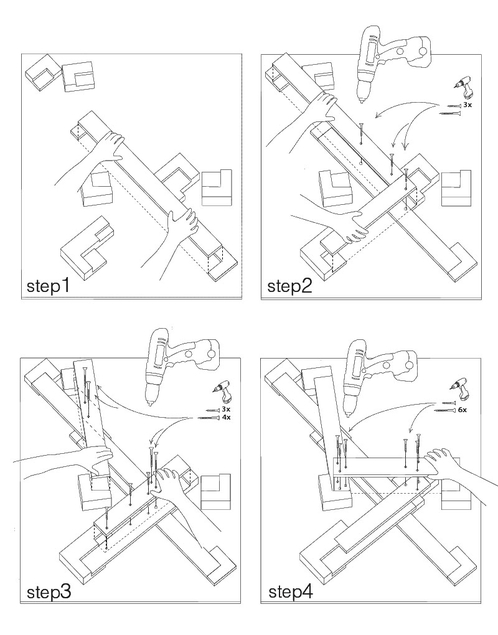 Well, we take what we can get. After we make it, that is. Unfortunately, I was out of town, and thus was unable to make and/or take anything at all. Sigh.
Generator 02: Chairs for Urbanity [storefrontnews.org]
Generator Event at NY Festival of Ideas, May 2011 [flickr]
CHAIRS X URBANITY Chair Fare Make and Take August 13, 2011 [facebook]
Previous Raumlabor coverage: sedia veneziana, chaise bordelaise