I confess, I haven’t checked out Utah’s Dugway Proving Grounds since the Terraserver era. But I just checked them out again
This crazy, Toyo Ito-ish tangle of 20m-wide white lines in the desert of Gangsu province have been stumping folks on Googlesightseeing for 2+ years. [Scrolling down, they found Google Earth images of the feature under construction in the spring of 2005.] 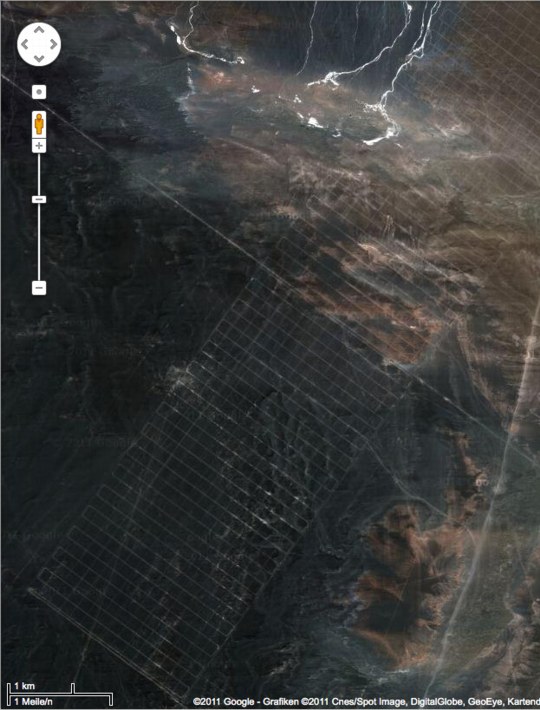 This is my favorite, though, an 18-mile-long grid [!] in Xinjiang. The speculation is that it’s a calibration grid for Chinese spy satellites. I like to think of it as the world’s biggest Agnes Martin painting.
Gizmodo’s been adding more Chinese Google Earth oddities to their original post. I’d still put Dugway into the top 3, or at least the top 5.
[thanks ryan, patrick, dt, and a couple of other people who also consider me their go-to guy for oddball Google earth art links.]