Last year I wrote a piece for Humanities Magazine about considering Ray and Charles Eames as artists, not designers. I don’t mean by rewriting history or retrofitting a contemporary definition of artist onto them. It’s just that I think there’s a lot of insights to be gained today by adding them and their studio and their collaboration and their output to the discussion of contemporary artistic practice. 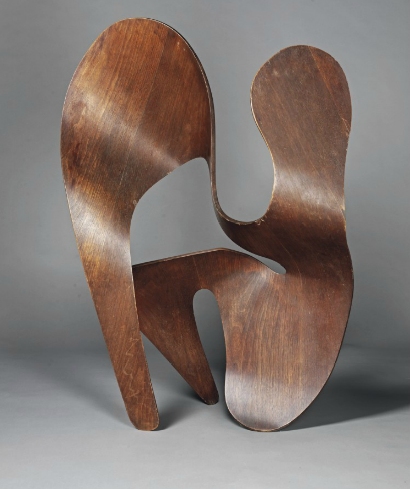 Of course, the fact that the Eameses made a molded ply sculpture in 1943 and showed it at MoMA in 1944 kind of complicates my “they weren’t artists but” conceit a little bit. 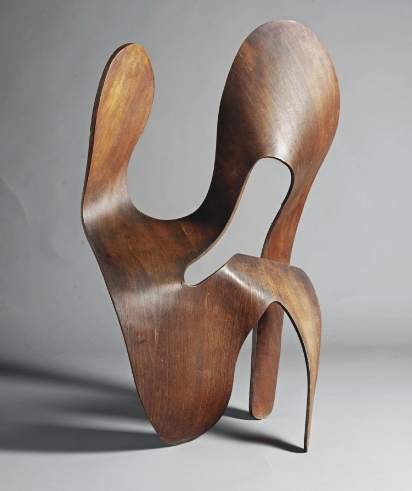 But just a little. The show at the Modern was called Design for Use, and was curated by Serge Chermayeff, so about as all-applied and non-art as you could get.
Even though it couldn’t be more useless. And so it was shown on a pedestal, like a sculpture, away from the array of useful products. Also, it nominally has a front [top]. 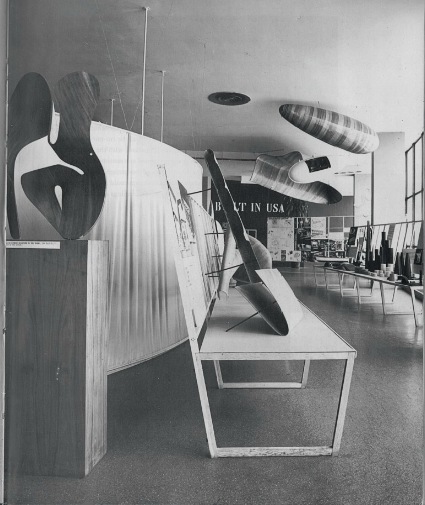 And though Christie’s East decided it belonged in an “Important Design” auction when Chermayeff unloaded it 1999, this time around it’s in–oh, it’s in decorative arts & design. Guess I had my browser tabs confused for a second. 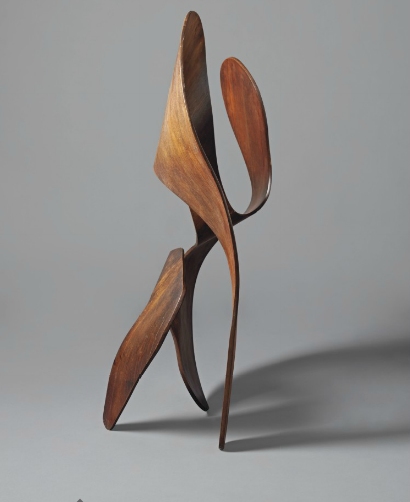 But then, this is how they’re pitching it, after basically attributing its form to Ray’s Arp-meets-Hofmann paintings:

Despite their furnishings being successfully received, Charles remained frustrated at the absence of suitable plywood molding technology — a situation that was to alter when, in early 1943, the Eames’ received a commission from the U.S. Navy to produce lightweight plywood leg splints — the first ever fully three-dimensionally molded plywood structure. Embracing the opportunity to experiment with professional industrial molding equipment and high-strength waterproof adhesives, the Eames’ created a series of hand-guided machine-made forms, structures and sculptures, including the present example, that must be regarded not solely as experimental industrial products, but as resolved artistic expressions that were to define the identity of post-war design.