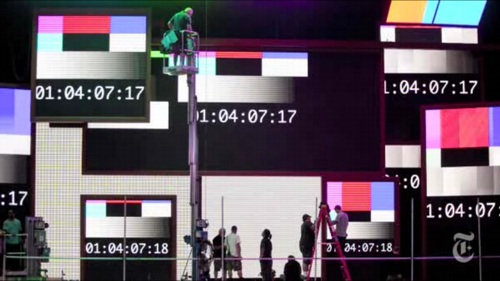 Ooh, the party conventions are coming, Sforzian Fashion Week, and the NYTimes’ advance team is reporting on the GOP advance team whose once-every-four-years job is to make the Republican candidate for president come across as a man of the people on TV. Here’s Jeremy Peters:

The campaign aides are determined to overcome perceptions that Mr. Romney is stiff, aloof and distant. So they have built one of the most intricate set pieces ever designed for a convention — a $2.5 million Frank Lloyd Wright-inspired theatrical stage. From its dark-wood finish to the brightly glowing high-resolution screens in the rafters that look like skylights, every aspect of the stage has been designed to convey warmth, approachability and openness. 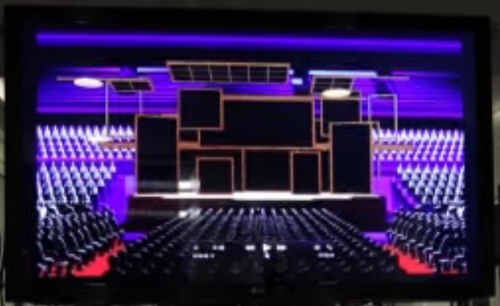 This time, Samantha Stark reports in the Times video, the stage is now fronted by open, non-hierarchical stairs reaching down into the crowd. Which, yeah no, ask McCain, Bush, and Dole about that convention convention. 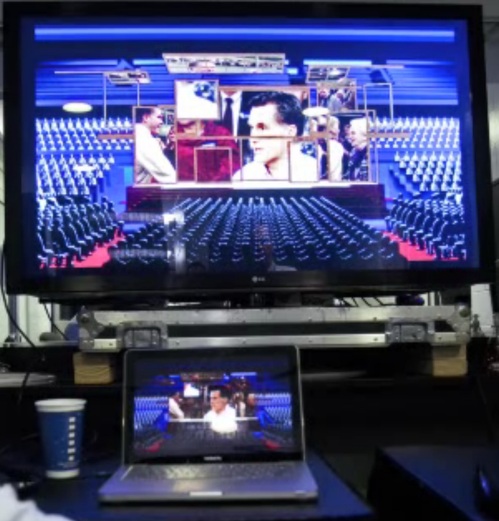 What is actually different is that the 13-screen video wall is now all asymmetrical and casual-like, with all the screens “framed in dark wood to give the feeling of looking into someone’s living room.” 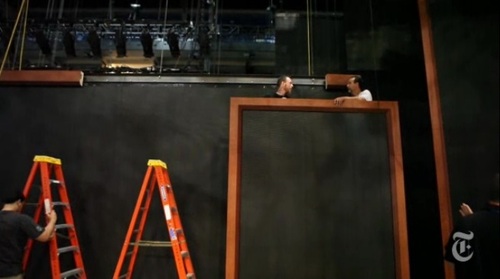 Why, it’s practically a Sforzian frame cluster, a slightly enlarged version of the one the Romneys have on the grand piano at Lake Winni. 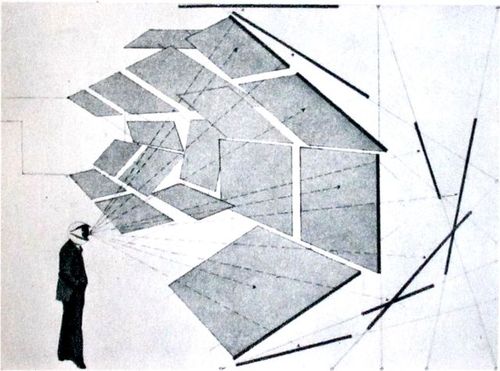 If you can see any FLW, please let me know, because all I can see in Edward Linsmier’s sexy still and video images is Herbert Bayer’s all-encompassing field of vision [above]. Maybe a Bauhaus reference is too heady [or foreign] for Romneyvolken to cop to. Or maybe they’re wary of acknowledging the importance of the fundamentally subjective viewing experience they’re trying to manipulate. 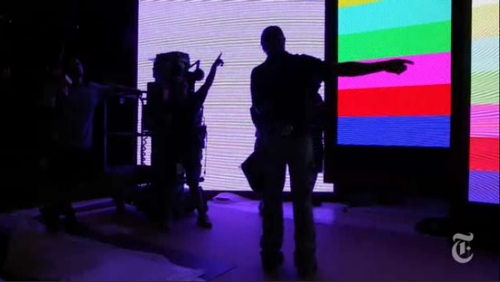 Except, oh wait, that’s the whole point of the show, the event, and the article: letting us know how it’ll be just you and me, America, TV-hangin’ living room to living room with our bestest, richest friends. 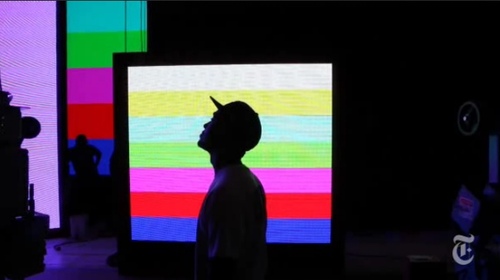 More than hang, though, Linsmier’s images of the set’s big, test-pattern-y bands of glowing color, stacked against each other like that, with silhouettes of roadies all around, make me want to paint. Crank out a whole $#)%ing frame cluster of to-scale paintings. 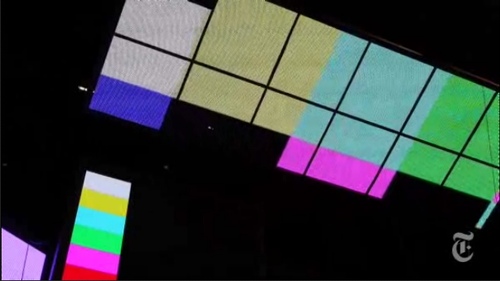