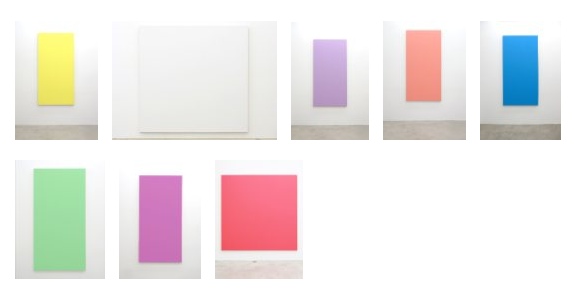 Gavin Brown’s enterprise has a show of Henry Codax paintings organized by Shoot the Lobster.
The press release quotes an interview Codax did with Peter Scott, which ran in Grey Magazine in March. Scott runs Carriage Trade, where Codax’s paintings were shown for the first time in Summer 2011. 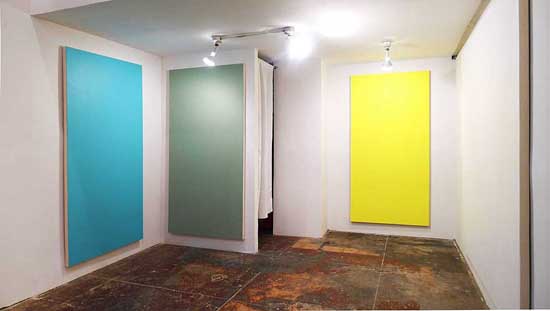 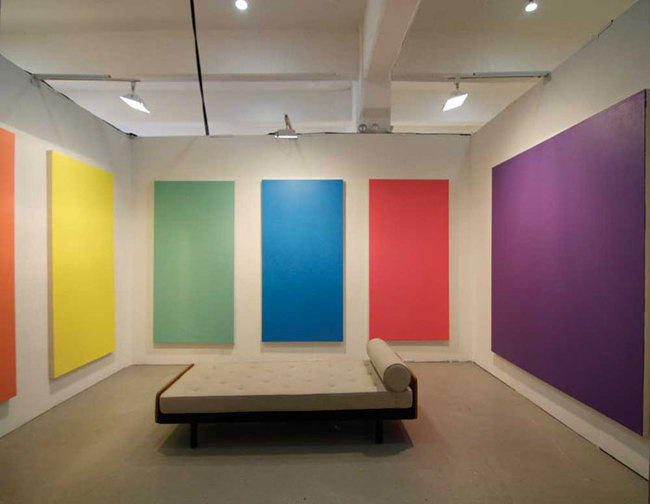 Henry Codax, NADA NYC 2012 installation view, Martos Gallery
Martos showed Codax’s paintings twice in 2012: first at NADA NYC in May, then in the gallery from June through August. 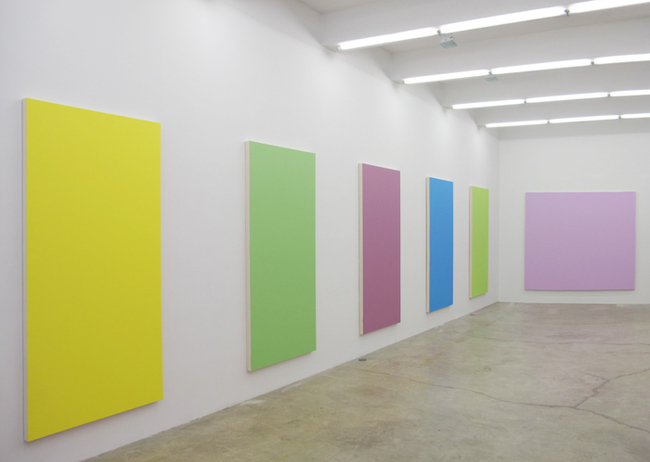 What little we know of Codax comes from fiction, but his paintings are real, physical facts. As the ambiguities about the artist persist, even multiply, the paintings remain unchanged. When I first saw Codax’s work last summer, it intrigued me. I liked it, but worried that it might be a stunt, a one-liner in the form of a show. But Codax keeps making and showing work. And selling it, sometimes to people who try to flip it. And getting reviewed and written about. At some point, it’s possible that the persistence of Codax’s paintings may overcome the uncertainties of their origins. We’ll just accept them–and buy and sell and show them–for what they are: Henry Codax paintings.

Which seems both truer and wronger today. Codax’s paintings certainly persist. After three Summer shows in New York, it may be time to consider Henry Codax paintings a fixture, a tradition. A Codax show holds the gallery walls while the nonfictional art world is out of town. They’re the painting equivalent of a lamp timer, set up to convince the passerby that someone’s home.
They’re a housesitter that doesn’t water your plants And won’t cover your bills. Because is it just me, or are these some of the same actual paintings? Why doesn’t anyone want the yellow one? Are Codax paintings like Hirst Spots, no two colors alike, or are people still just not getting it?
From the Grey interview:

Scott:…Though the idea of a pseudonym may not be new, if this was a recent example, it entered it into a system of valuation and exchange, which is dependent upon a traceable identification between the maker and the object. This identification was never made publicly, nor offered contractually, which created problems when the work came up for auction. The speculation around the authorship dovetailed with the market speculation around the work until they were indistinguishable to some.
Codax: Until the auction.
Scott: The irony is that the market speculation was hindered by “Henry’s” rumored origins being asserted as fact. As long as you remained an artist that “might have been” created by actual, living artists, there was no “true” identity to be lost. The moment that any living person either claimed or disclaimed you, you were subject to verification to establish your “actual” worth.
Codax: So you’re now saying I no longer exist.
Scott: I’m saying you exist through all the paintings out there attributed to the artist Henry Codax.

Lights are on. I believe.
Henry Codax Shoot the Lobster at Gavin Brown’s enterprise, through 10 Aug 2013 [gavinbrown.biz]
An interview with Henry Codax [grey-magazine]
Previous Codaxplanations on greg.org:
Henry Codax at Auction; Speculation, on the Codax auction aftermath