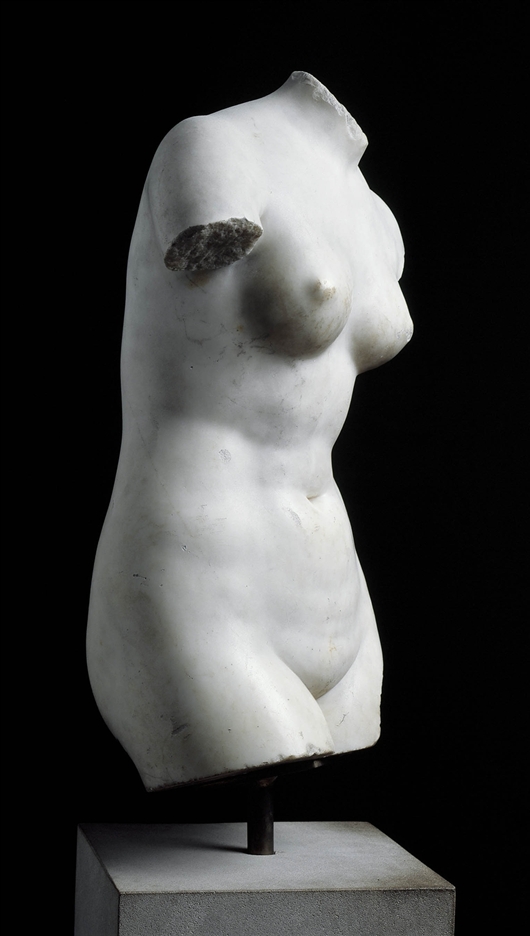 Torso of Aphrodite, 1st c. BC Roman copy, collection Detroit Institute of the Arts, acquired 1924 by the Founders Society.
Tyler asked me to join the Day for Detroit, and show support for the Detroit Institute for the Arts by highlighting works from its incredible collection. The museum and its artworks, donated and acquired by generations of Detroit’s residents, are now apparently under threat from the bankruptcy proceedings instigated by the city’s unelected emergency manager.
Which is not a new situation for art. Here’s Pliny the Elder, writing in the 1st century AD about Greece’s most famous sculptor, Praxiteles, who lived in the 4th century BC:

Praxiteles…outdid even himself by the fame of his works in marble. Statues by his hand exist at Athens in the Kerameikos, while famous not among the works of Praxiteles, but throughout the whole world, is the Aphrodite which multitudes have sailed to Knidos to look upon. He had offered two statues of Aphrodite for sale at same time, the second being a draped figure which for that reason was preferred by the people of Kos with whom lay first choice; the price of the two figures was the same, but they flattered themselves they were giving proof of a severe modesty. The rejected statue, which was bought by the people of Knidos, enjoys an immeasurably greater reputation.

The Aphrodite of Knidos became one of the most famous and most visited statues in the ancient world. Knidos installed it in an open temple in the center of town, so it could be viewed from all sides. Pliny continues the tale centuries later:

King Nikomedes subsequently wished to buy it from them, offering to discharge the whole of their public debt, which was enormous. They, however, preferred to suffer the worst that could befall, and they showed their wisdom for, by this statue Praxiteles made Knidos illustrious.

In 1924, in anticipation of the new Woodward Avenue building, conceived as a “temple of art,” the Founders Society used general membership funds to acquire the torso of Aphrodite above, a Roman copy of a Greek original, made in Nikomedes’ day, the 1st century BC.
50 years later, Christina and Henry Ford II donated funds for the DIA to acquire a later Roman copy of a lost Greek draped Aphrodite, too. 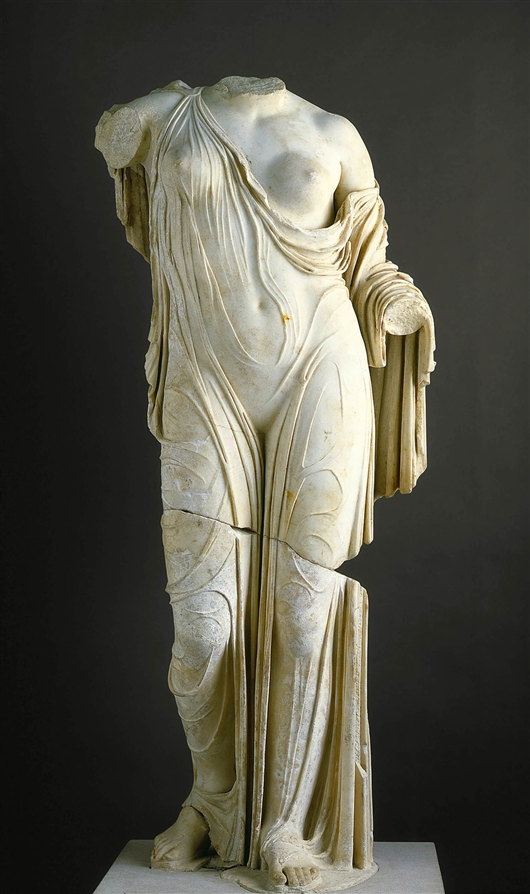 Romany copy of Torso of Aphrodite, Venus Genetrix type, 1st century AD, collection the Detroit Institute of the Arts, acquired 1974
Art doesn’t exist for itself. Art doesn’t exist in a vacuum. Art is evidence of the culture we build and the history we write. It will tell the stories of our time to the generations to come. The attempts of Detroit’s itinerant would-be kings to use art as a bargaining chip, or to loot the city’s public trust for private benefit will stand as testimony against our country and our culture for centuries to come.
See other great works from the DIA by following #DayDetroit on Twitter. And join me and many others by becoming a member of the DIA or donating to support the Museum today.