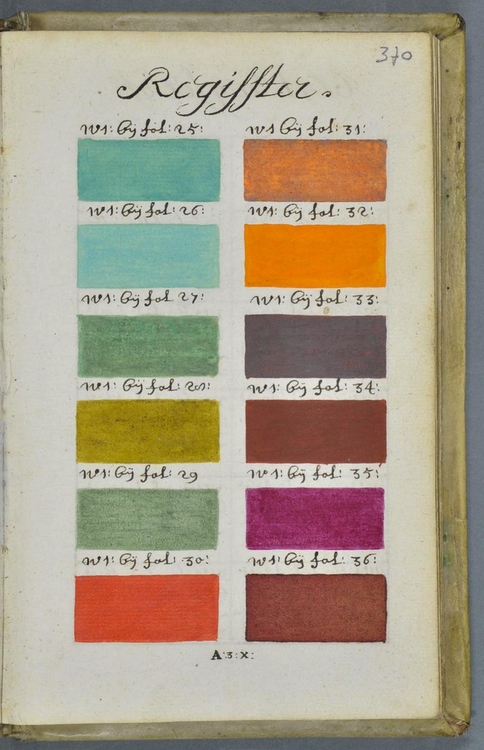 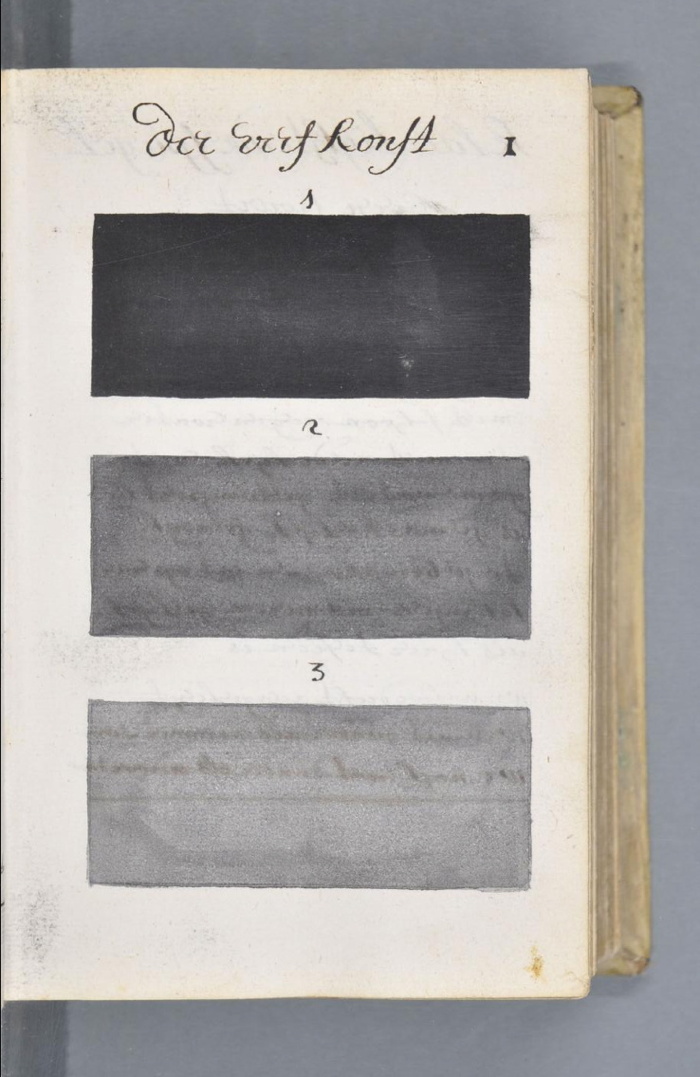 Titled Traité des couleurs servant à la peinture à l’eau [Treatise on the colors used to paint with water], it’s an amazing 892-page, handwritten documentation of every available watercolor pigment and combination, each at three levels of dilution. It was written in Dutch in 1692 by an A. Boogert. Kwakkel is currently translating the introduction, but in the mean time, the illustrations are worth a long look. 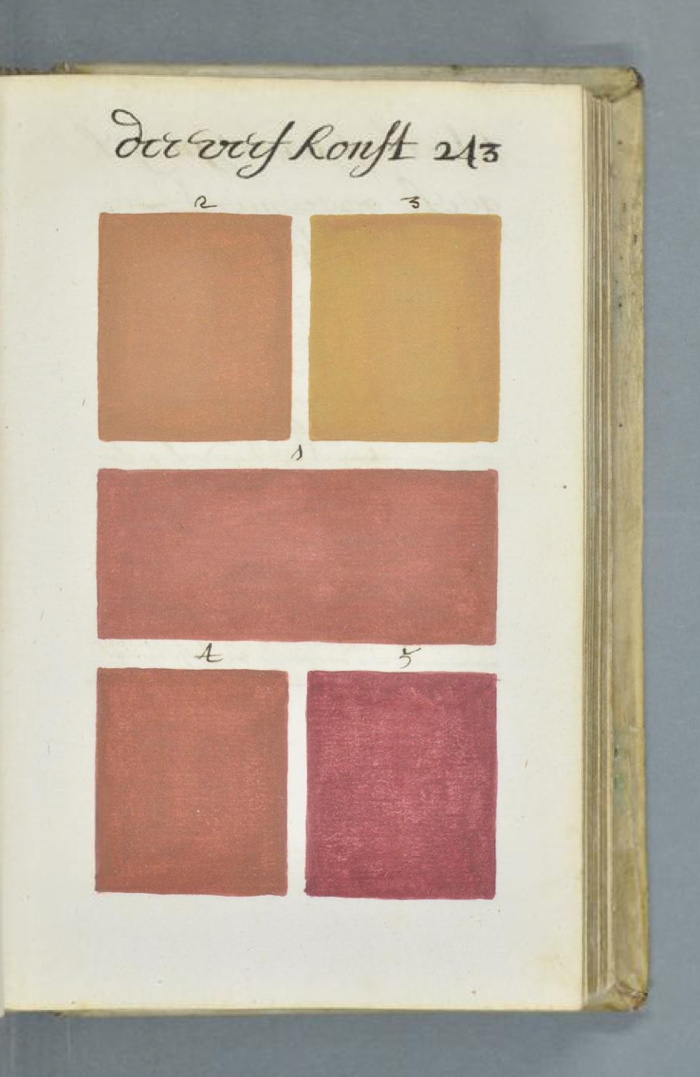 In addition to the systematic process and grid of conceptualism, there are obvious resonances with the color charts [top] and monochromes [below] of mid-20th century painting. The book format especially reminds me of Yves Peintures, the concocted catalogue for an imagined show of Yves Klein’s monochromes. 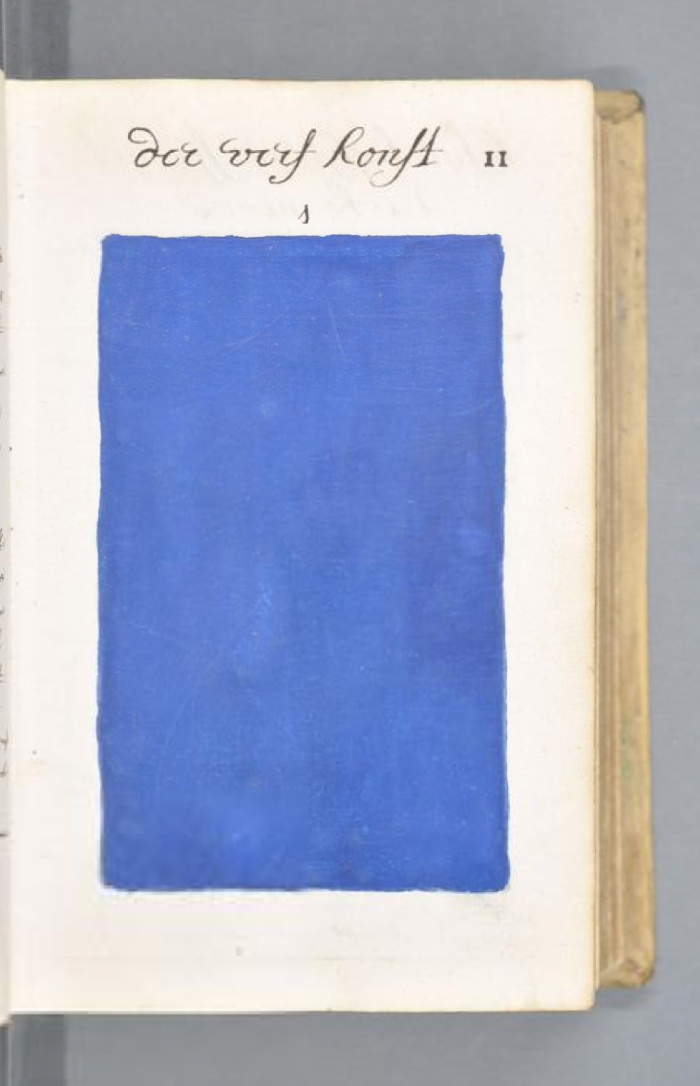 But even more than that, the starting palette for Boogert’s project is uncannily similar to the 16 colors of the Dutch government’s own unified, official palette, the Rijkshuisstijl, released in 2011. The RIjkshuisstijl was meant to centralize and strengthen the visual identity of the national government with colors inspired by Dutch landscape painting. 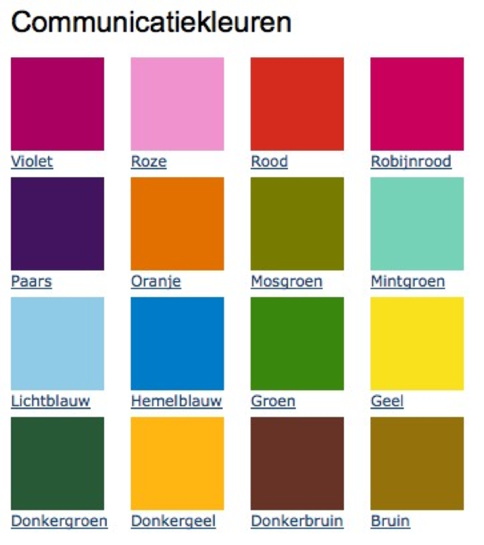