OK, this is quite good. Tom Murphy 7 just released ARST ARSW, all the dialogue of STAR WARS Episode IV: A New Hope re-edited into alphabetical order.
I just watched the whole thing while clearing my inbox, and it is surprisingly interesting. Surprising, I guess, because the concept’s instant graspability seems seductively complete. You think you get it. 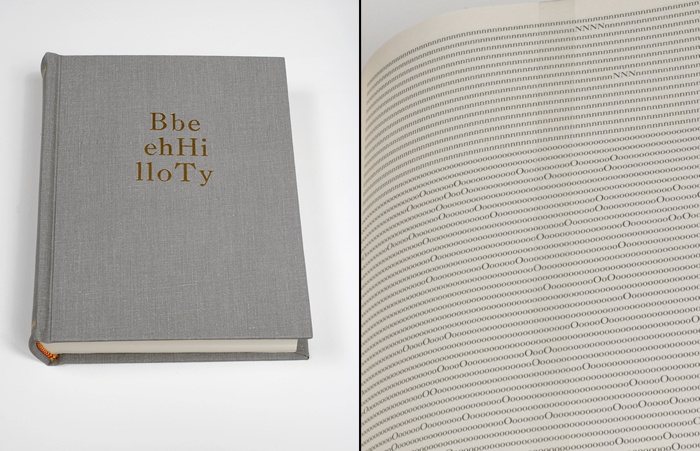 Tauba Auerbach’s Alphabetized Bible (2006) [above] is a bit like that. By alphabetizing the letters instead of the words, Auerbach atomizes not just the meaning of the text, but any hope of meaning at all. It becomes an object made of symbols, signifying nothing.
But that’s not what Tom 7’s film turns out to be. Even chopped so finely, the text, plus the film image and sound, still carry a lot with them. And since the fulltext of Star Wars saturates people more fully than the fulltext of the Bible, the experience of watching ARST ARWS is one of constant recollection and recognition. It feels like watching an actual movie, even though its structure has been obliterated. Not obliterated, but replaced. And that structure turns out to have surprises, tension, and meaning of its own. 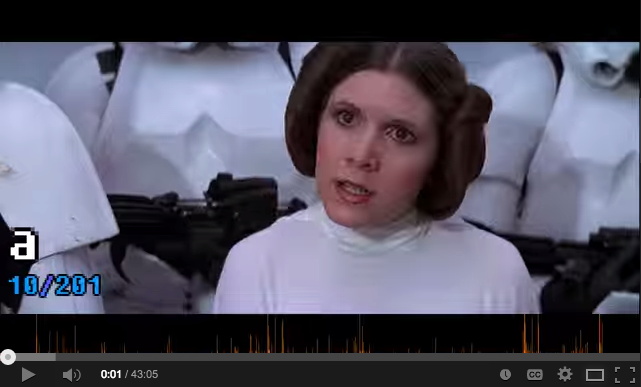 To be honest, it starts out slow and kind of muddled with “a,” a word that barely gets its sound right in 201 citations. The first real drama, as Kenny Goldsmith noted, comes with the 20 mentions of “Alderaan.” 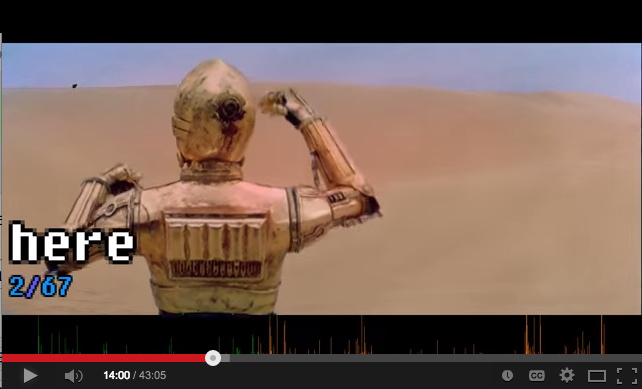 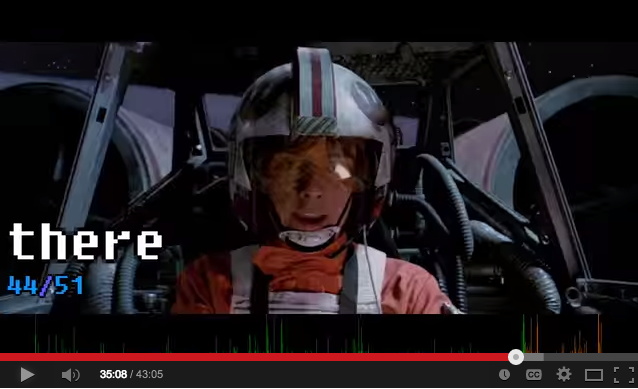 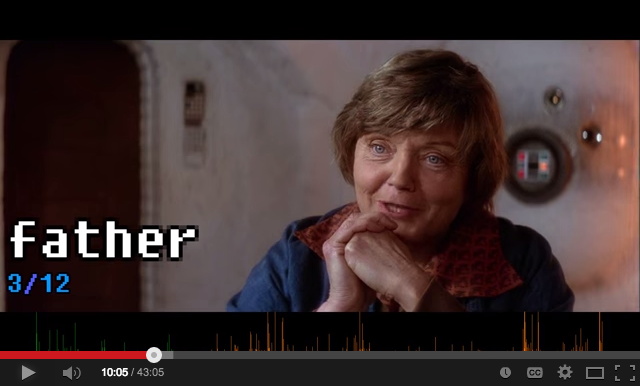 “Father” [12] was almost always said with unhurried purpose, which makes sense, but not with any systematic foreshadowing, which would have been brilliant. [And not beyond notice. According to Wookieepedia, Lucas tweaked the audio in a line of Aunt Beru’s for the 1997 Special Edition: “The line ‘Luke’s just not a farmer Owen. He has too much of his father in him.’ There is a slight pause before she says father and the word “father” is changed to sound more worrisome.” There are, however, no pauses in ARST ARSW, so this change is difficult to register here.] 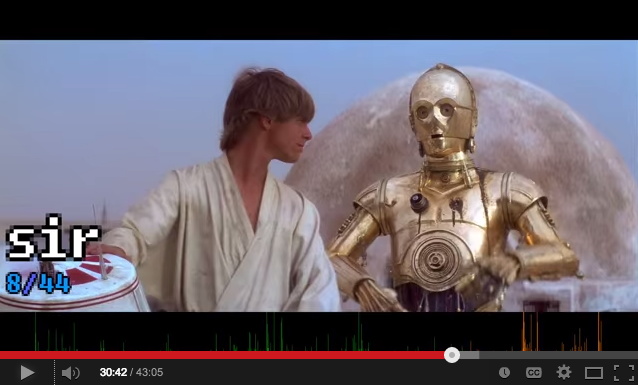 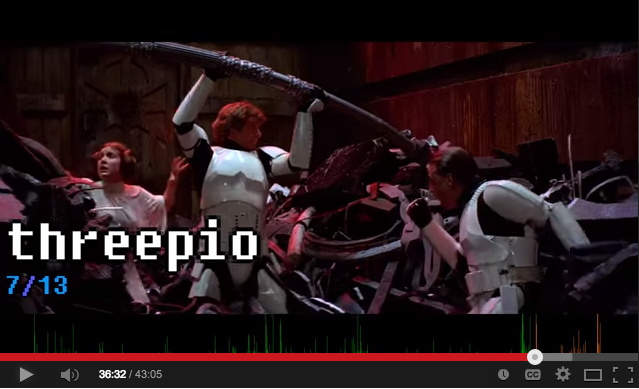 And there are a couple of standout solos [no pun]: C3PO’s “sir” [44] aria gets a response a few minutes later when mostly Luke mostly screams “Threepio” [13]. And though it’s only said once by anyone, Han really makes “worshipfulness” count. Tom 7 himself notes that “lightsaber” also only appears one time. “Death Star,” meanwhile, is two words, and so it dissolves into “Death” [6, but at least one is “death sentence” from the cantina], and “Star” [11].
Like any good film, ARST ARSW leaves you wondering how it was made and eager to see what comes next. The project has yet to appear on Tom 7’s site, but I expect the making of involved some tricky data scrubbing to sync each word with each clip. I’m guessing the subtitle file was used, but anything beyond that’s still in the movie magic category for me. [update: YOW, in the YT comments, Tom says he labeled all the words manually using purpose-built software!]
What I would like to see, though, is the data. Now that every word is synched to every clip, it can be released for remixing. Turn Star Wars into a database for generating whatever text you can imagine.
This has already happened, of course, with news footage, where there’s a whole genre of YouTube videos of remixed presidents saying things they didn’t originally say. The ultimate example for me is still Dan Warren’s 2011 breakthrough, Son of Strelka, Son of God, a mythical epic woven out of Barack Obama’s audiobook recording of Dreams of My Father.
If Tom 7’s process for turning movies into words can be scaled, we won’t need to stop at Star Wars; we could turn every clip of everything into the raw material for anything.
ARST ARSW: Star Wars sorted alphabetically. [youtube]
Son of Strelka, Son of God, by Dan Warren