Last summer I wrote about discovering Artisoo, a company selling oil paintings of thousands of artists’ images on Amazon. “Chinese Paint Mill has appropriated Google Images and put it up for sale on Amazon,” I wrote.
Which reminded me of LifeSphere, the Spamerican Apparel botcompany Babak Radboy wrote about that systematically turns every public domain image into every possible Zazzle product.
We have all set our sights way too low. 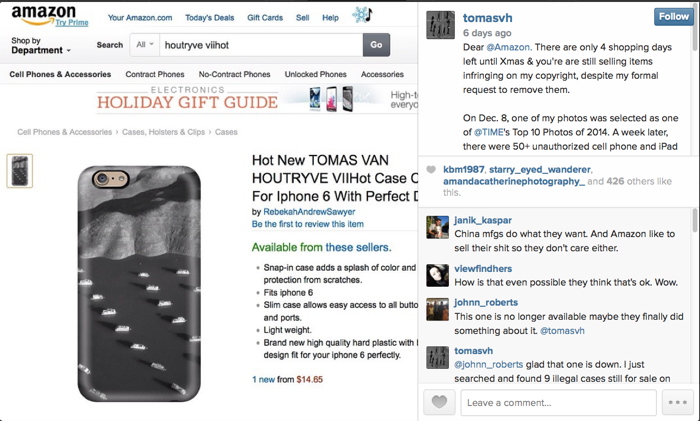 image via @tomasvh
This week Dutch National Geographic photographer Tomas van Houtryve began posting pictures of iPhone cases featuring a photo of his, which had recently been selected as a Time Magazine photo of the year. 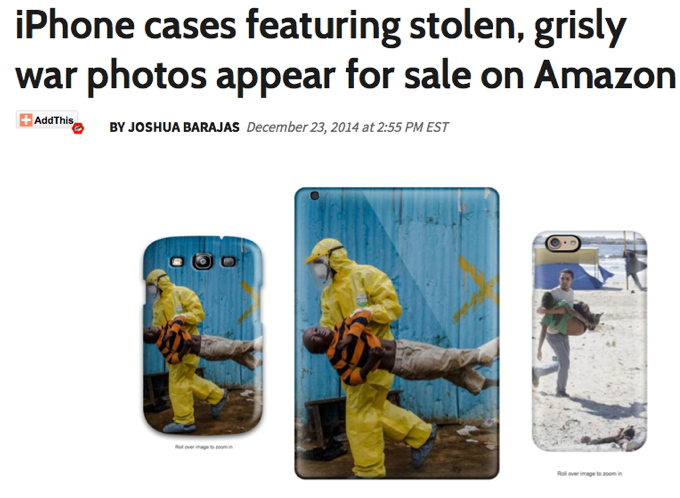 screenshot from pbs.org
PBS reported that NYT photographer Tyler Hicks found iPhone cases for sale featuring several of his images, including dire pics of Ebola patients and Palestinian children being shot by snipers in Gaza:

“Who wants to buy a picture with a dead child on it,” said Tomas van Houtryve…”If any human being in the process had seen that, I don’t see how it could possibly get through”.

Which is exactly the wrong question and the right answer for this situation. They and the outrage associated with them only exist once they’ve been searched for, and the product will only exist after it’s been ordered. Because these images, like tens, hundreds of thousands more, have been scraped from the web and turned into products by bots. 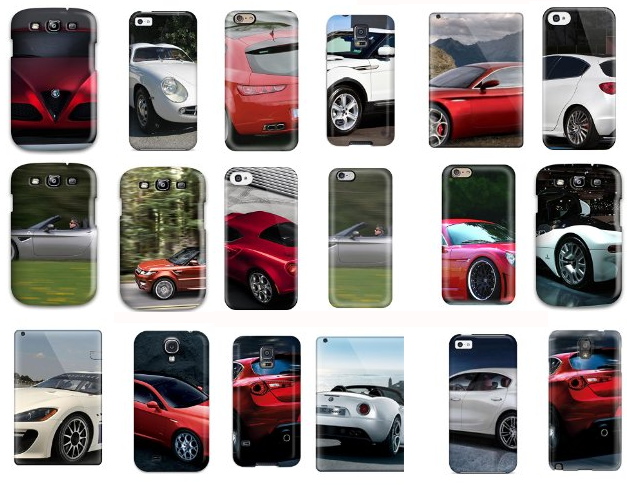 By focusing on the laughably limiting category of public domain images, Spamerican Apparel was too timid and deserves to fail. For these Amazon iPhone case sellers copyright’s no object, and Google Images is just the start. Cropping is strictly default settings, actual image be damned. Among the 6,324 phone cases offered for sale by Lynn A Carter are hundreds printed with the center of PR photos of various cars. They have descriptions like, “Daly R Martinez NVDWiaj2848OHOgq Case Cover Iphone 5c Protective Case Alfa Romeo Giulietta 36.” Daly R Martinez is another Amazon seller. The string is a product ID, different from Amazon’s ASIN. Then there is product + the data that was scraped with the image. SEO enough for Amazon. 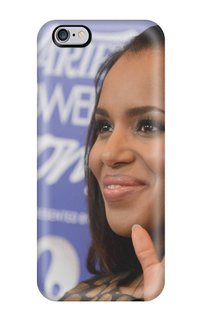 They really do just grab any damn image at all. Like this, LvukQDp7415hnQVt Snap On Case Cover Skin For Iphone 6 Plus(kerry Washington). It’s a red carpet photo from October 2013. There are nearly 300 other Kerry Washington phone covers like this. 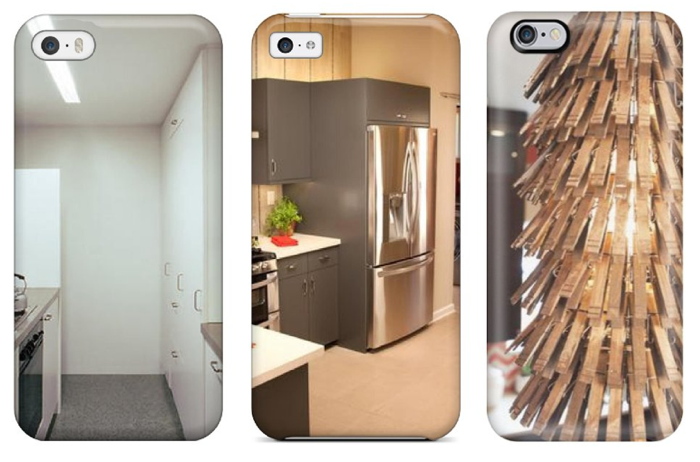 L to R: “Corner Blocked Kitchen With Stainless Countertops Sleek White Cabinets”; “Kitchen Peninsula With Quartz Countertop In Kitchen”; “Eclectic Kitchen With Artistic Pendant Lights” iphone cases
My favorites so far have to be the kitchens. The scrapers have found Pinterest, and have turned it into iPhone covers. Here’s the one on the right, on a Pinterest board called “Junk Ideas.” Scrapers are turning the great image vortex of our digital ocean into an actual island of plastic garbage on demand. Who are these people?
I will wager they are not the people listed on Amazon, but more digital simulacra. Searching for the sellers turns up a Chinese-language website run on a free .tk domain which is used to manage case returns for various Amazon IDs. Poking around the domain also turns up a quick&dirty Amazon upload management dashboard. It looks to me like a Chinese case manufacturer is flooding Amazon with hundreds or thousands of bogus sellers, each with thousands of scraped data-derived products. That award-winning photographers’ images and names got scraped as well should come as no surprise.
What Amazon will do about this vast, digital garbage dump of a retail offering is not clear. Maybe this is just the way it’s going to be from now on, every image always available on every product. Maybe we will adapt to Scraper Capitalism by becoming Sifters, consumers attuned to the surreal moments, the horrific, the sublime, the sea glass and driftwood of the web. We’ll develop tools for surfacing them, and critical faculties for appreciating them. If we do, Amazon will have them, just 1-Click away.