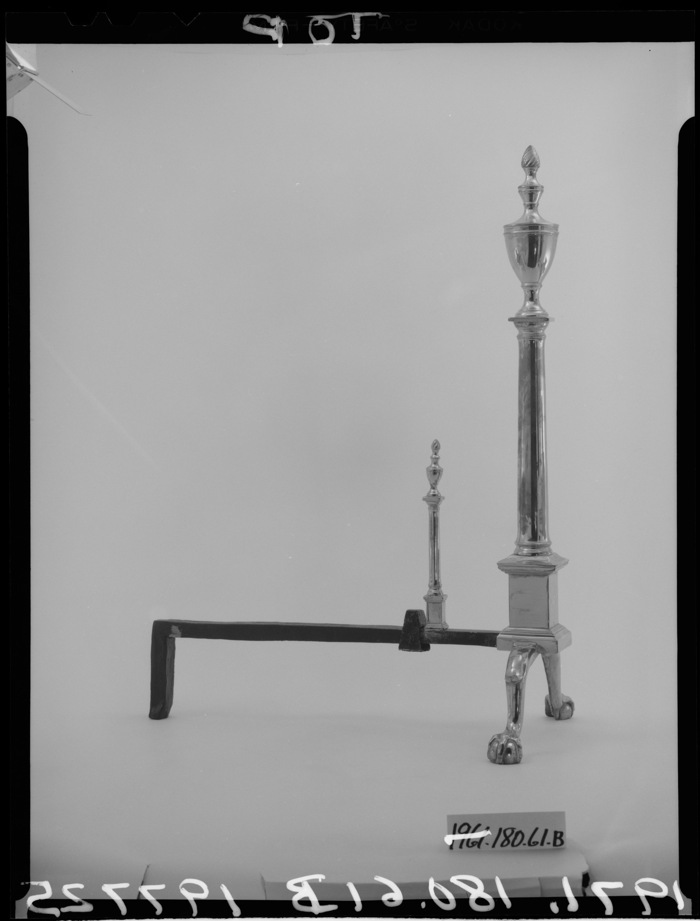 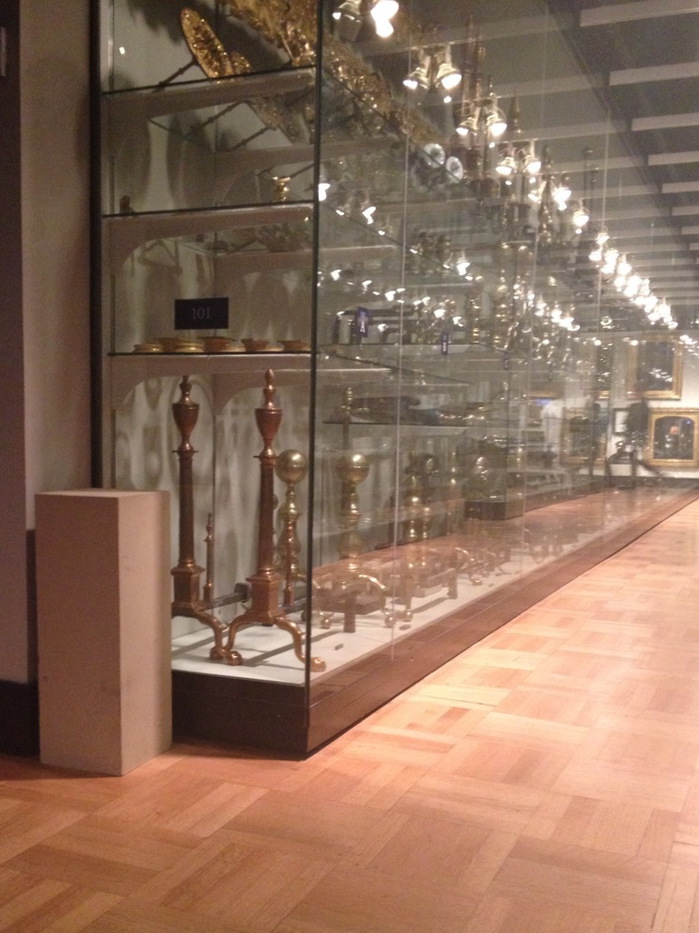 I think it’s the one on the right.
The thinking this work has generated for me is immense and entertaining and rather ridiculous. Even in a week when Danh Vo sold basically an entire visible storage unit of Martin Wong’s stuff to the Walker as his own installation. 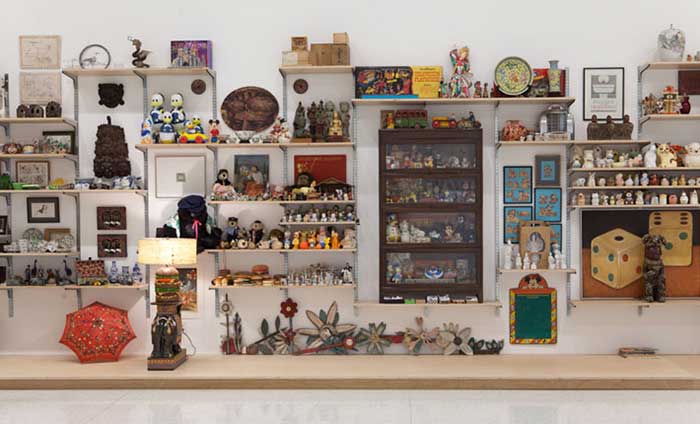 Danh Vo, I M U U R 2, detail, 2013, 4,000 objects and artworks from the estate of Martin Wong, image: Walker Art Ctr via TAN
Vo showed Wong’s collection and artworks as his Hugo Boss Prize exhibition at the Guggenheim, but he turned it into an artwork in order to save it, to prevent Wong’s ailing mother from being forced to sell and disperse the collected objects at a garage sale. As The Art Newspaper put it, “Vo got the idea of turning it into an installation from a curator who suggested that would increase the chance a museum would acquire it.”
Which technically means I M U U R 2 moved in the opposite direction fromUntitled (Andiron &c.), which was a decorative collectible embedded deep in a museum, and turned into an artwork in order to, uh…
I still don’t know. And of course, I wasn’t thinking of this specific relationship on Saturday, but more about the presence of the andiron’s unknown/unphotographed twin, and which was which. Did they have their accession numbers painted underneath? I was thinking about their attribution, and what it’s based on, who made it, how did they compare to the actual [sic] Paul Revere andirons nearby? I thought about that pedestal which, when I started to move it to take a cleaner picture, turned out to be a fire extinguisher cover, so I left it alone.
How nice their location is–in one sense–on the end, near a wide aisle, right by the doorway, and how crappy it is in another–it’s around the corner of a dead end corridor, through a darkened vestibule lined with fireplace mantles. It really might not be that different from the Lexington Ave. antique shop where I imagine Mrs. Flora T. Whiting first buying them. How far they’ve traveled, and yet almost not at all.
It reminded me of the Costume Institute, and how it was set up to accept the tax-deductible donations of last year’s fashions from Nan Kempner and whomever. The Met’s functioned that way a lot, as the hallowed dumping ground of New York’s ruling class. If the Smithsonian is America’s Attic, the Met is the Upper East Side’s. The soft underbelly of the late Met curator William Lieberman’s professed strategy to “collect collectors,” not paintings. [Actually, huge swaths of the Met’s 20th c./Contemp. collection reflect the same “We’ll take it all!” spirit. But that’s for another day.]
There’s a lot of room between museum quality and garbage: studies, archives, and visible storage collections to the left; destroyed works, misattributions, and garage sales to the right. And value in its various forms accrues accordingly. To the extent that they rejigger these value tallies within the museum-object-author-viewer relationship, I guess I M U U R 2 and Untitled (Andiron) are not opposites at all.