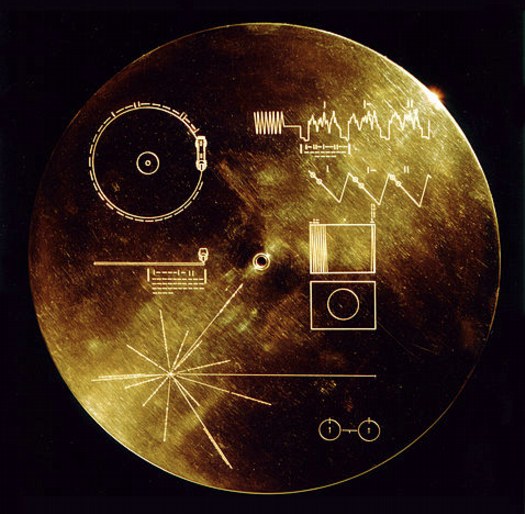 Could this really be happening? Four years ago I wished for a way to play back the Golden Record, the earthly calling card stuck to the sides of the Voyager space probes nearly 40 years ago. I knew all the recordings and diagrams and photos Carl Sagan and friends recorded on there, but I wondered what it would actually be like to play it back? What would the 116 images turn out like if you played them off an analog record with a needle, and then assembled the 512 raster lines?
I wanted to find an extra Golden Record and play it, which turned out to be hard-to-impossible. And also unnecessary. [Though I’m still game, if you have a Golden Record I can borrow!] Because the Record has been played.
A few weeks ago, Man Bartlett tweeted about some strange electronic passages in a NASA recording of the Golden Record:

And then sound artist Ranjit Bhatnagar identified them as the encoded data for the 116 photographs. Here’s one of the first images Ranjit processed, the aliens’ intro to Earth Math: 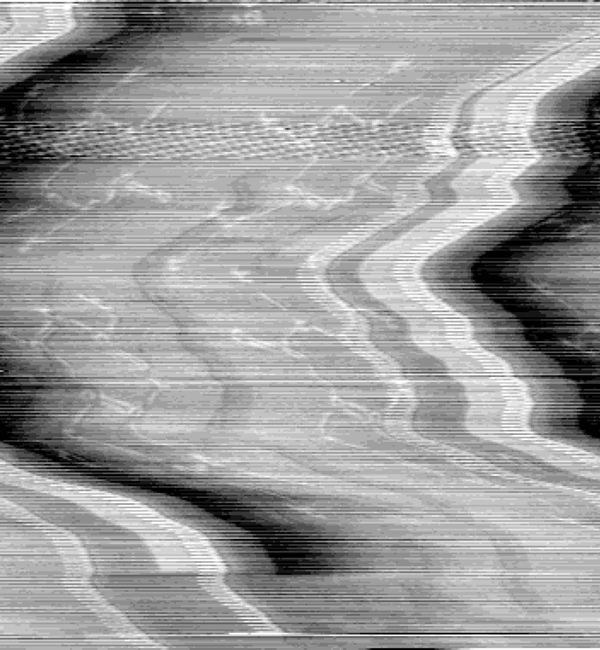 above: Image of math chemistry from Voyager 1 by Frank Drake, below: same image decoded by Ranjit Bhatnagar 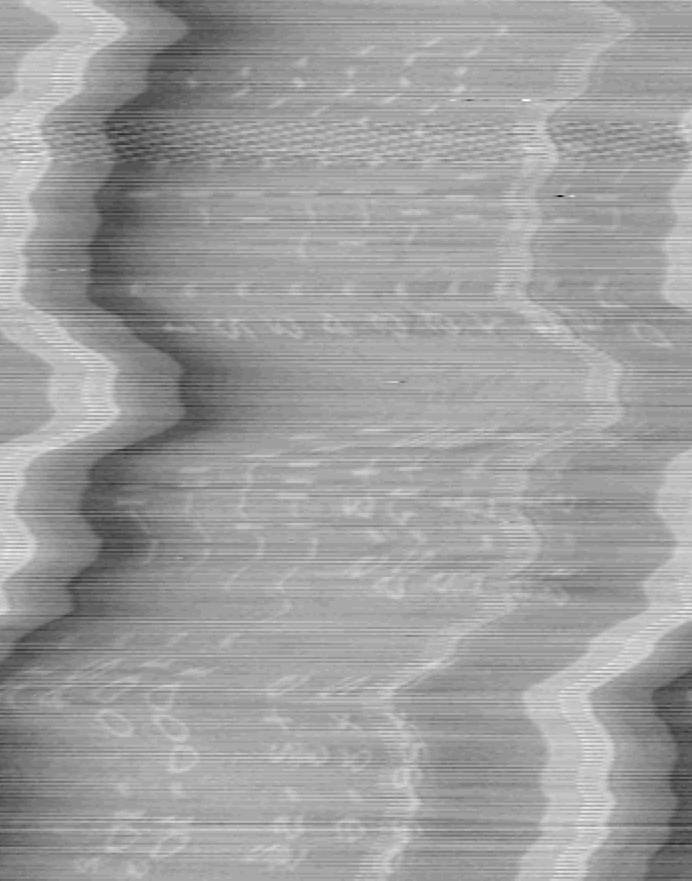 [images from ranjit’s tweet, decoded math above, and original below] 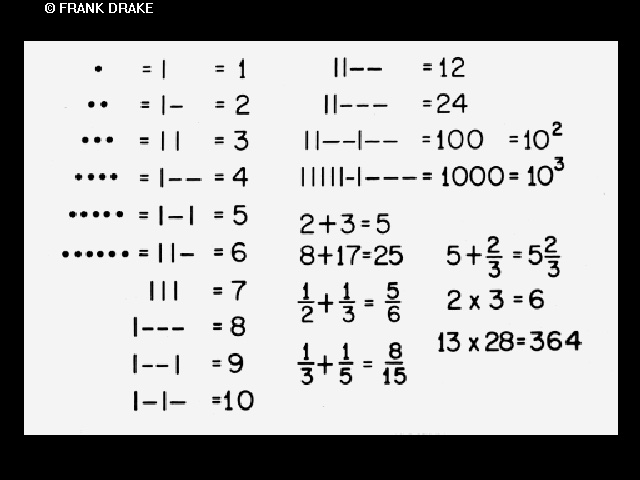 So this is it. The answer was sitting right there on the Internet Archive the whole time. And yet. 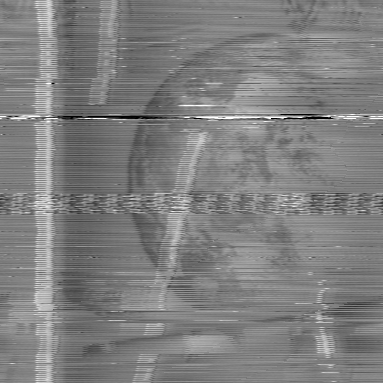 above/below: image of Earth, and image of Earth decoded from Voyager 1 by Kyle McDonald
Within a few minutes of Ranjit’s decoding, code artist Kyle McDonald happened by, and blew things wide open with his distortion adjustments, which he promptly documented and pushed to github. So it just took four years and one serendipitous hour. And now we know that the images we’ve sent out into the universe look like a 1970s TV with a tinfoil antenna.
Voyager1 audio track [archive.org]
Kyle McDonald | Voyager 1 Decoding [github]
Previously: Off The Golden Record