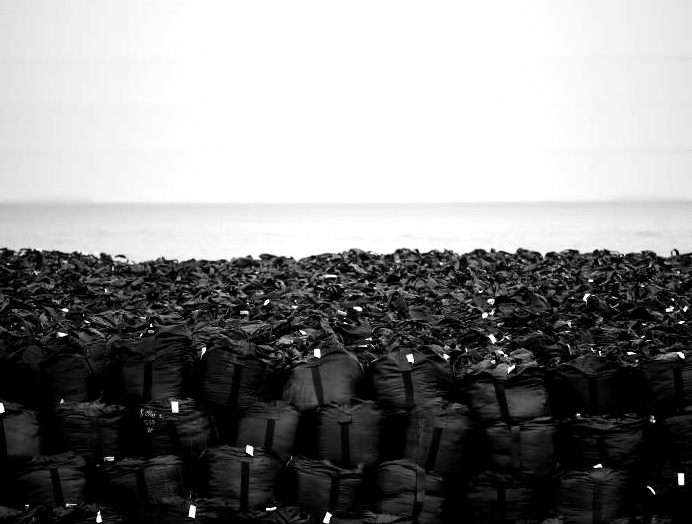 Just to be clear, this Reuters photo of the 1-ton black bags full of radioactive debris that are being stacked all over Fukushima reminded me of the most terrible Hiroshi Sugimoto seascape ever before I cropped and greyscaled it.
But the more I see of them, the less I see of Sugimoto. 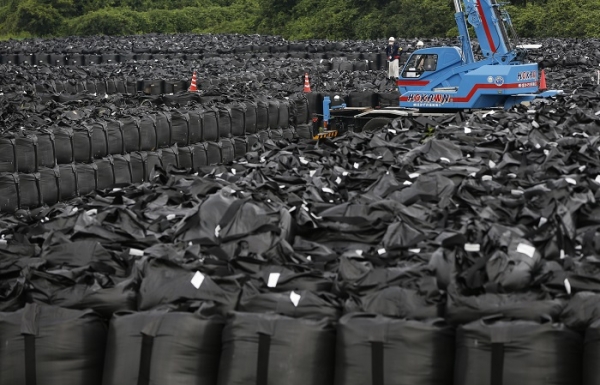 In Japanese they’re called フレコンバッグ, furecon bags, the first word being a contraction of flexible container. They’re primarily used by the construction and demolition industry, though in Japan, they have become a symbol of the massive, ongoing, and intractable decontamination effort of the landscape around the Fukushima Daiichi nuclear power plant. 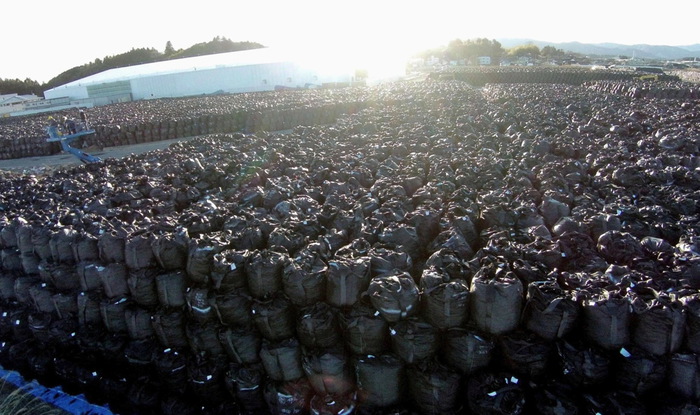 Tomioka furecon bags, 3/14/2015, image via japantimes
More than four years after the earthquake, tsunami, and triple nuclear meltdown, there are over 140,000 furecon bags full of radioactive topsoil and debris cleared from more than 50 surrounding cities and towns. 4-5 years happens to be the end of their specified useful life, and the governments at all levels are stymied in their effort to find a permanent storage solution for these millions of cubic feet of toxic waste. 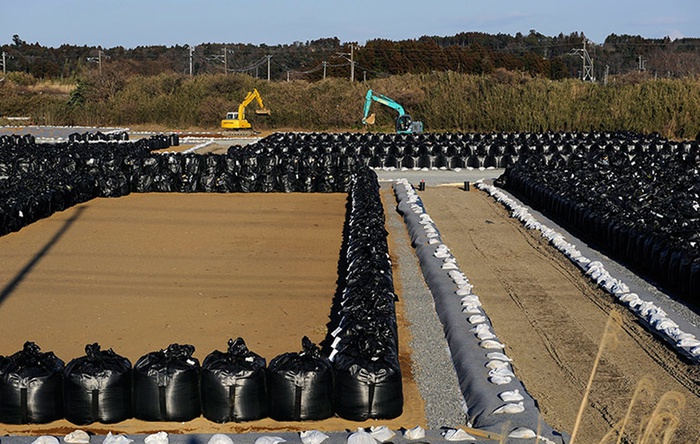 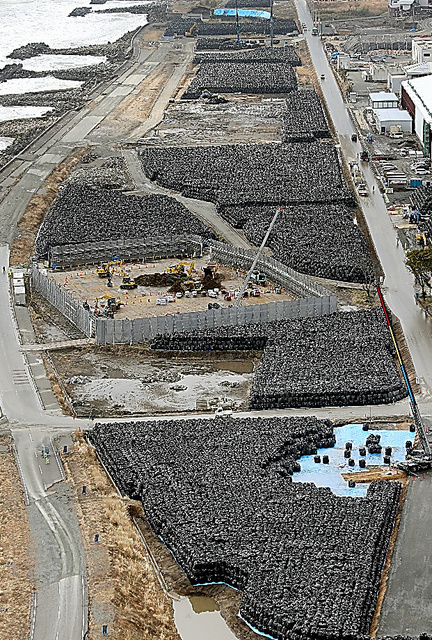 furekon bags in Tomioka, the breakwaters at left and the big white bldg at right, via Asahi
One of the biggest such sites is between the train station and the sea in the neighboring town of Tomioka, where ambient radiation levels are still too high for residents to return. 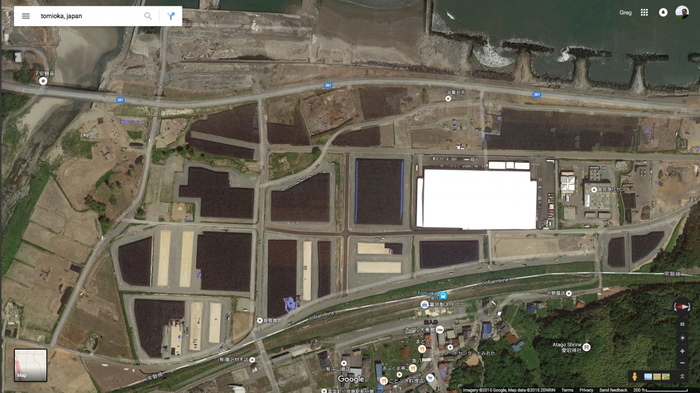 furecon bags stored between Tomioka Station and the sea on Google Maps, 2014
The furecon bagscapes remind me of the US government’s extraordinary and futile 1991 attempt to devise a warning system for buried nuclear waste that would still work in 10,000 years. Among the panel of designers, artists and linguists who advised the Department of Energy on marking the Waste Isolation Pilot Plant in the desert of Carlsbad, New Mexico, the most conceptually and visually compelling recommendations came from Buffalo, NY architect Michael Brill. Brill proposed rendering the desert landscape itself hostile and uninhabitable by covering it in two square miles of jagged black concrete or granite. 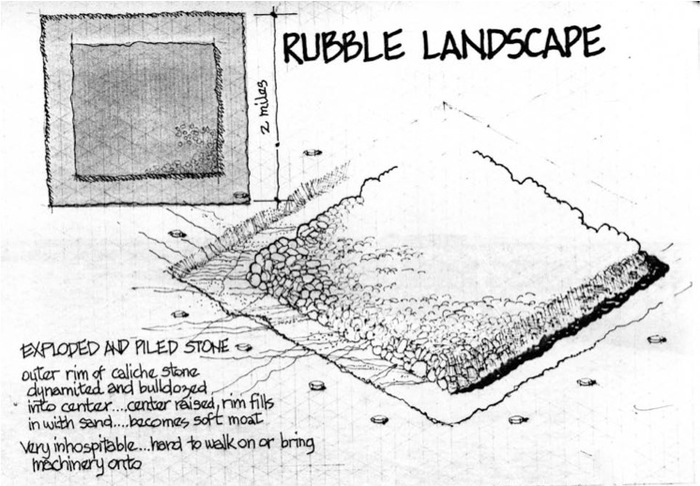 His fourth best proposal (a field of giant black concrete thorns is obviously the greatest), Rubble Landscape, which calls for destroying the entire surface of the waste burial site and scraping the debris into a 2-square mile pyramid base-shaped mound, is basically being realized by the Japanese government. I guess we’ll see how it works out.

Rubble Landscape, 1991, Michael Brill’s proposal for WIPP, rendering by Safdar Abidi
According to 99 Percent Invisible the DOE opted against all of Brill’s recommendations, which they felt might be too visually compelling, and which might thus draw attention and visitors to the potentially poisonous site like a Stonehenge.
This combination of nuclear waste and quixotically aesthetic power on a vast scale closes closes the loop, and brings us to the ranch gate of Art’s Last, Lonely Cowboy himself, Michael Heizer. The pioneering land artist’s City, constructed in the open desert of Nevada, was threatened by plans to build a railway to transport nuclear waste to Yucca Mountain. Now as it nears completion, the once unvisitable, unfindable monument is poised to become a major tourist attraction.