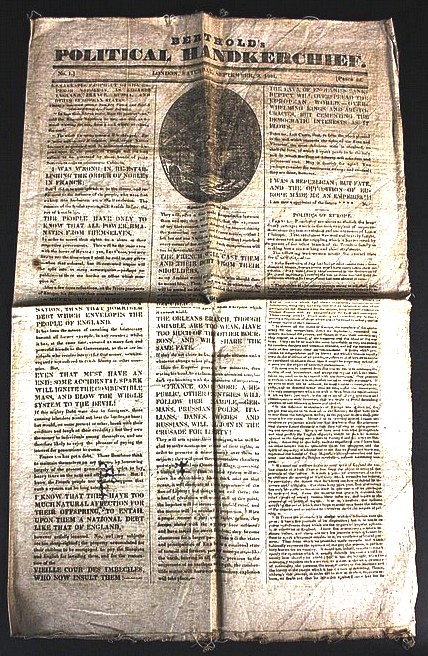 To circumvent the tax on paper designed to drive revolutionary activists like himself out of the British print media, Henry Berthold published his calls for reform and worker solidarity on cotton. Berthold’s Political Handkerchief was itself a political statement, apart from its content. It seems to have run for around ten issues beginning in September 1831.
I guess if there were a modern equivalent, it would be short stories on Chipotle bags. Or T-shirts, probably.
Anyway, there’s a bit about the Political Handkerchief from 2013 on a Princeton blog.
Notabilia | Berthold’s Political Handkerchief • 1831 [blogs.princeton.edu via @john_overholt]
Previously, related, and the reason I am posting this, because of trends: Queen Victoria Silk Newspaper