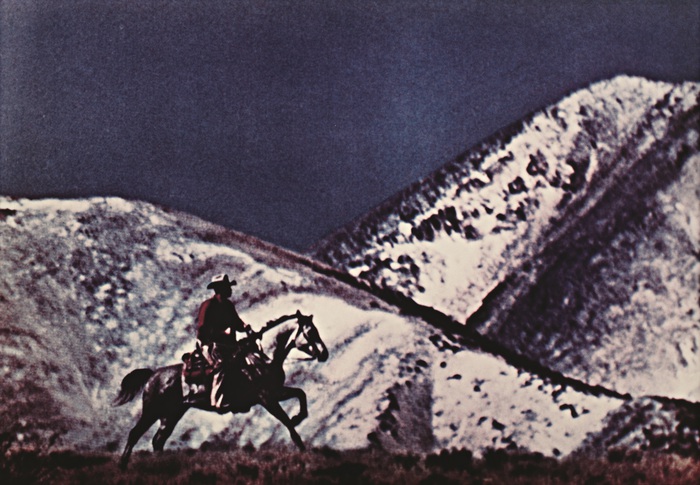 Untitled (Cowboy), 1980-84, Ektacolor, 27×40 in. image:skarstedt
In 1932, when it was still a minor filtered cigarette brand for ladies, Philip Morris sold the Canadian rights for Marlboro to Imperial Tobacco. As Marlboro grew into a globally recognized, male-targeted brand exemplified by cowboys and racing sponsorships, Philip Morris has tried to gain a foothold in the Canadian market by leveraging Marlboro’s US & international prominence. And Imperial has fought back, with both litigation and steady cat & mouse marketing. 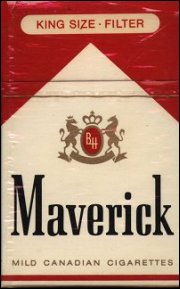 Maverick c.1970s, image via jim’s
Imperial sells Marlboro, while Philip Morris’ cigarettes otherwise known as Marlboros have been sold using lookalike, soundalike brands such as Maverick and Matador. In 2006, “dark market” laws took effect, removing tobacco products from Canadian store displays, and forcing consumers to ask for cigarettes by name. Though they kept their distinctive-and globally supported-“rooftop” packaging, Philip Morris took off any brand name at all. Imperial filed a trademark infringement claim against these nameless cigarettes. In 2012, Canada’s Federal Court of Appeals agreed, finding that Philip Morris’s nameless, but not unbranded and not generic, cigarettes courted confusion. [Philip Morris responded by renaming them Rooftop.]

Imperial was not above sowing a little confusion itself. When they got word that Philip Morris was planning to air rebranded cowboy commercials for Maverick in the early 1970s, Imperial had art director William Irish rush out their own Canadian Marlboro Man commercial. 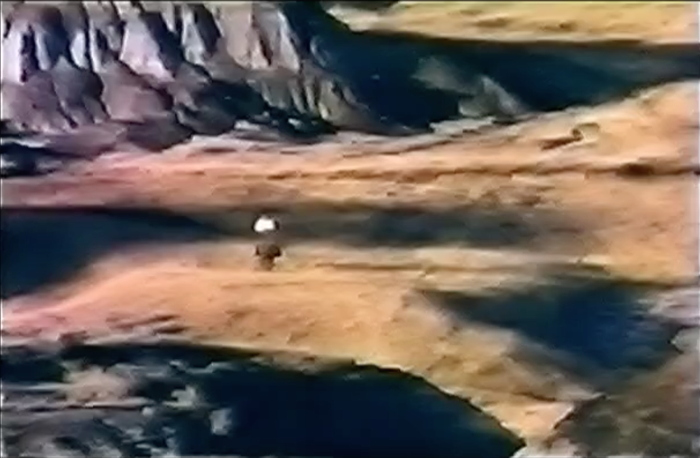 Nameless (Cowboy), 2016, digital inkjet print, 16×24 in., ed. 2+1AP
A laconic voiceover about nothin’ much is combined with a man, more farmhand than cowboy, wanderin’ through a hilly landscape, looking for a lost sheep. The images seem as unremarkable as the US Marlboro campain was sublime. Which I guess fits a campaign whose purpose is not to seal a brand’s relationship to a particular romanticized worldview, but to cockblock it. 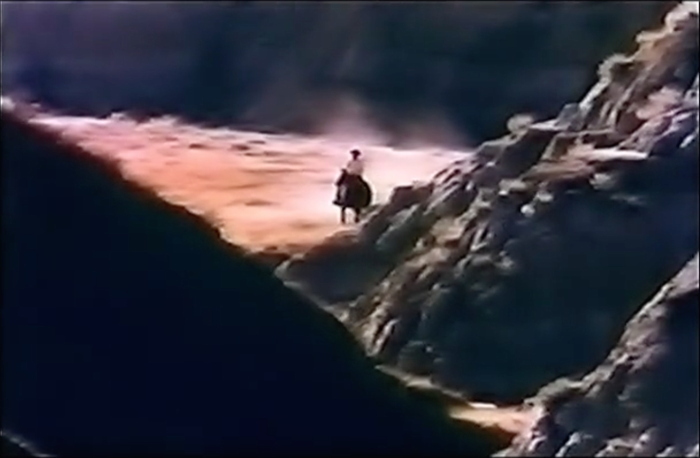 Nameless (Cowboy), 2016, digital inkjet print, 16×24 in., ed. 2+1AP
Still, stills from the ad have a certain aesthetic appeal, and they successfully make the necessary associations, if only to ultimately thwart them. They will definitely work on their own terms as nice-sized photographic prints, which look like what they look like. In tribute to their origins, they will not be signed. 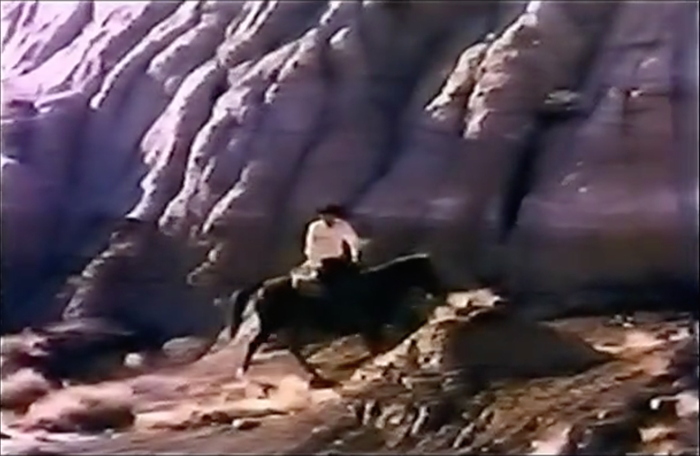 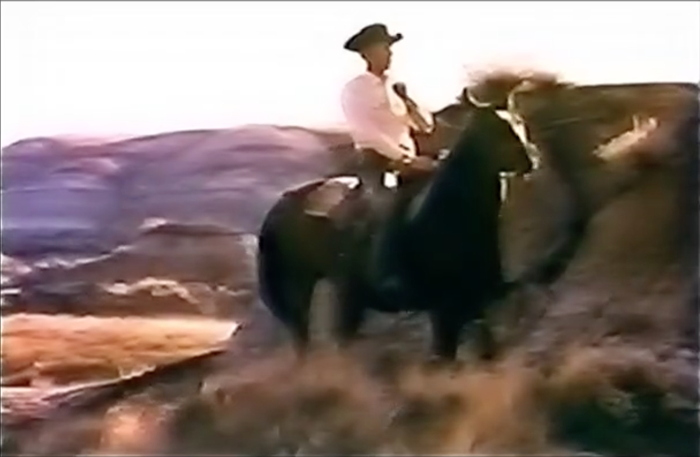 Nameless (Cowboy), 2016, digital inkjet print, 16×24 in., ed. 2+1AP
And my favorite part of the Canadian Marlboro Man ad is also its most distinctive visual: the clunky, pseudo-subliminal product reveal. This is accomplished through a burst of edits, each only a few frames long. 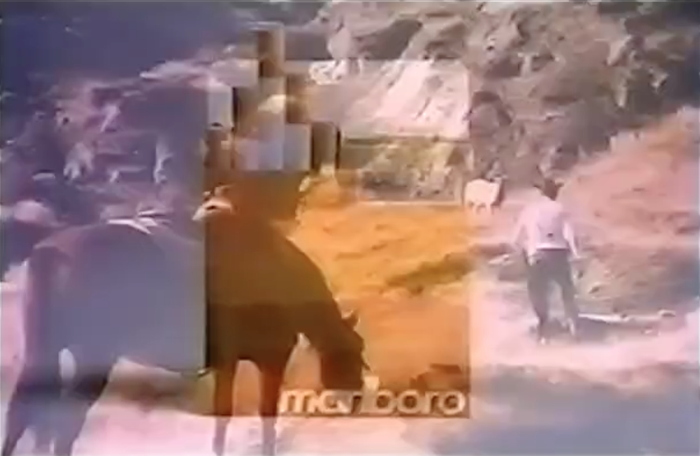 Nameless (Cowboy), 2016, digital inkjet print, 16×24 in., ed. 2+1AP
Thanks to the video encoding, a couple of frames of an unfamiliar, off-brand-looking-but-not pack of cigs is superimposed on footage of a poseur-looking-but-not sheep rancher.
Marlboro (cigarette) [wikipedia]
Maverick as Marlboro [box vox]
Marlborough [sic] from William Irish [vimeo via box vox]
Why Marlboro Country ends at the border [theglobeandmail]