How quickly can turn the winds of history. 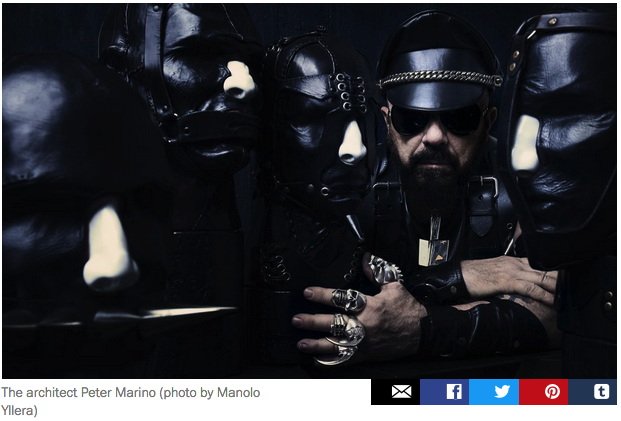 In August Artspace published an interview celebrating self-styled “art architect” Peter Marino. The “Dark Prince of Luxury,” who has become the architecture dom to the world’s wealthiest people and brands, told Andrew Goldstein the secrets of his success and career ascent in the New York of Skidmore, Owings & Merrill and Warhol’s Factory.

[AG:] It would seem trauma is an excellent crucible for talent.
[PM:] It really is. If you just lead your normal, banal life you don’t get enough fried brain cells to be an artist. [Laughs]

And of fortuitous meetings with future clients like the refugees Marella and Gianni Agnelli:

Everyone from Europe was coming to New York to see the art scene. And it was a double whammy. The kids today don’t remember the violence of the Red Brigades in Italy, but the communists were this close to overrunning the whole country. So all the cultured, wealthy, sophisticated people came to New York. It was a very frightening moment.
And they all needed a place to stay.
And they all needed places to stay in New York.
Enter Peter Marino.
Right place, right time.

Part 2 of the interview ended with his wishes for his legacy:

In this, alas, I have no doubt that Marino has succeeded. Whether it’s nine-figure flagships for Chanel or similarly costly New York collector townhouse renos, and estates for “rogue Mexican bond traders,” Marino’s work embodies the defining spirit of our age: immense wealth expended on limitless craft and luxury for the pleasure of a tiny few. 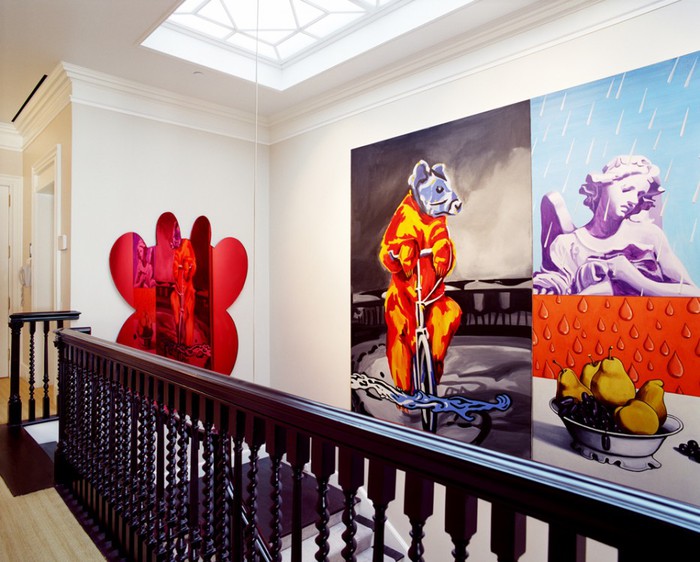 So it was something almost akin to sympathy with which I read his latest sitdown with Goldstein, only to discover that Marino is newly pained for his legacy.

Around 10 years ago, they discovered a boat that sank in 350 BC as it was on its way to Italy from a Greek city on the Turkish coast, and they recovered all these wonderful bronzes in their original state. Now, I love anything bronze, and I had collected Renaissance bronzes since the 1980s, so this was a very exciting thing for me. At the same time, there was a private home I had built for a client that I thought was the most beautiful project I’d ever done in my life, and they had sold it, and the new owner had just moved in and was making changes.

I thought: nothing an architect creates really lasts. There are landmarks and everything, of course, but in today’s world I do a lot of commercial work, all these boutiques. Nothing lasts. I did the original Barney’s and, 20 years later, they ripped everything out…When they tore out the 10 floors of interiors in Barney’s in New York, it just devastated me. I had really put my heart and soul into that building, and I made marble mosaic floors that I thought would be like Liberty of London and last 100 years. They barely even lasted 20–I was so naïve.

This was the impetus for Marino’s “lesser-known” practice of artbuilding, and he began casting sculptural works.

So, when I heard that all these bronze sculptures were pulled up from the bottom of the sea in perfect condition 2500 years later, I thought, “Ok, it’s bronze for me.” 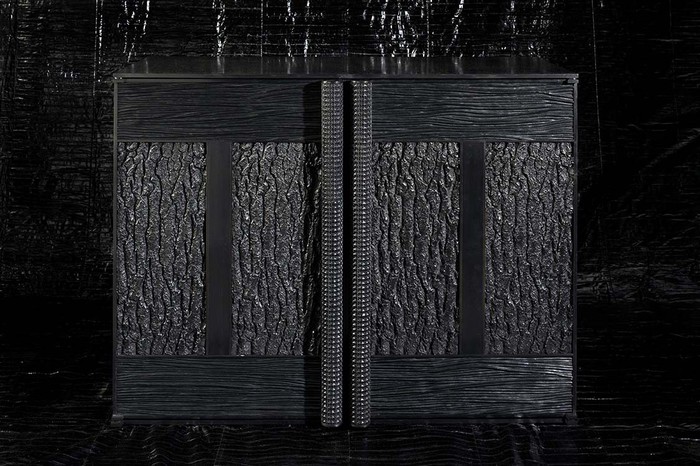 Marino’s Bronze Boxes were conceived “to go as well in Versailles as in a loft in SoHo,” he says. He began showing them and placing them in projects in 2011. Some have begun their journey into history on the coffee tables of Larry Gagosian and the étagères of Bernard Arnaud, he says. “My theory is that in a thousand years, the only thing that will remain of Peter Marino are these boxes,” he says. 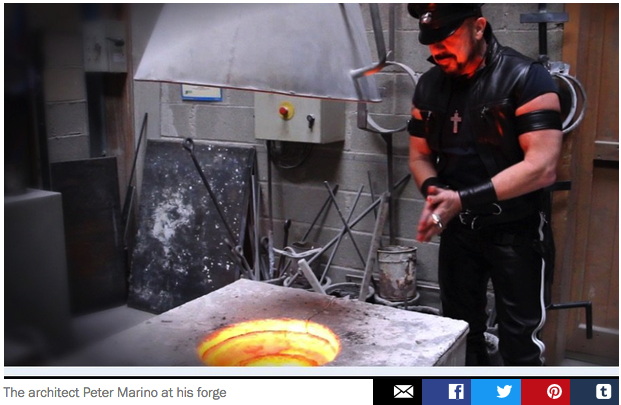 “The architect Peter Marino at his forge.” screencap: artspace

The timeline for this dramatic psychological and conceptual shift on his legacy does not add up, of course, but no matter. In August Marino was quite clear that he does not reflect:

It always helps having an outside voice telling yourself something about yourself, because I hadn’t really thought about it myself. Sometimes observations coming from someone else are valuable. I’m doing 81 projects a year. Do you think I have time to self-analyze? I don’t. When am I supposed to do that? When I’m riding my motorcycle? I’m trying to not die. [Laughs] 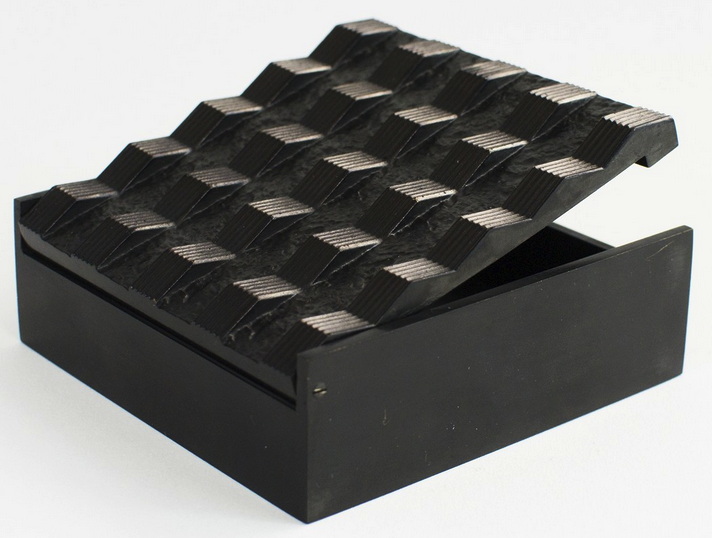 Anyway. Bronze is wonderful. The Hellenistic bronze show that recently passed through the Getty and the National Gallery was extraordinary. Hmm. It was called Power and Pathos. I didn’t remember that, but I’ll never forget it now.

But as he praises the beauty of the material and revels in its ancient process, unchanged for millennia, Marino misses a crucial aspect of bronze’s nature: it can be melted down and recast. Indeed 2,500 year-old bronze objects, even by the greatest sculptors of Athens, are so rare precisely because they’ve been scavenged and destroyed. Cortez melted the gold objects of the Aztecs into doubloons, but most of the masterpieces of Lysippos & co. were scrapped, probably turned into helmets or spearheads or swords, when such things were deemed more urgent than monuments to heroes. 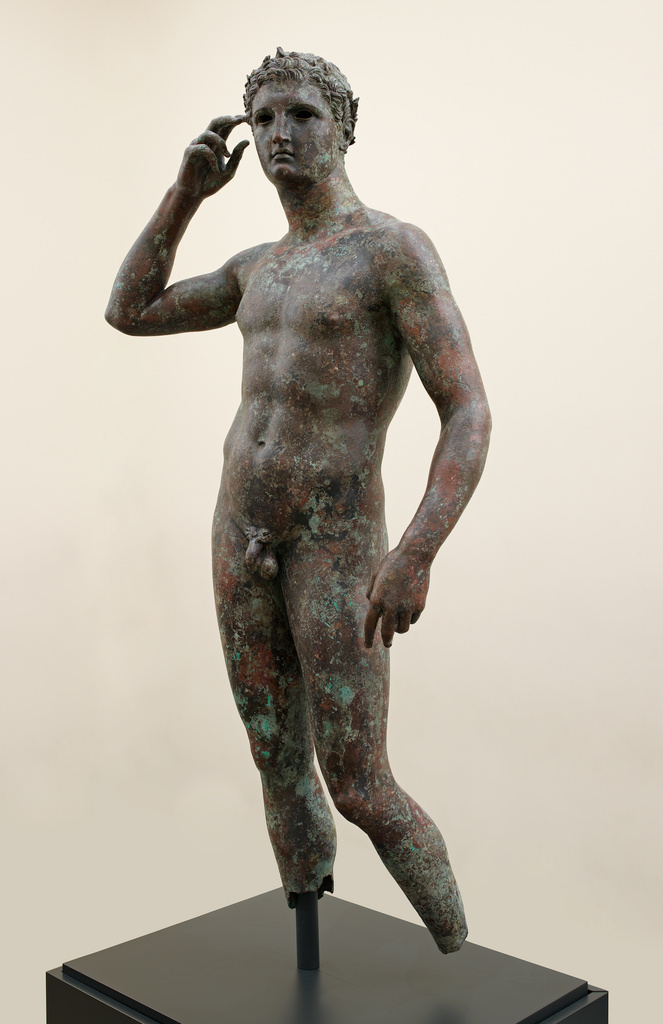 We have some idea of the lost bronze works of Greece from the Romans, at least, who, in addition to ransacking these already-antiques from the Olympian ruins and shipping them back to their own new empire, also copied many bronzes in marble, all in hopes of capturing an aura of history’s legacy. 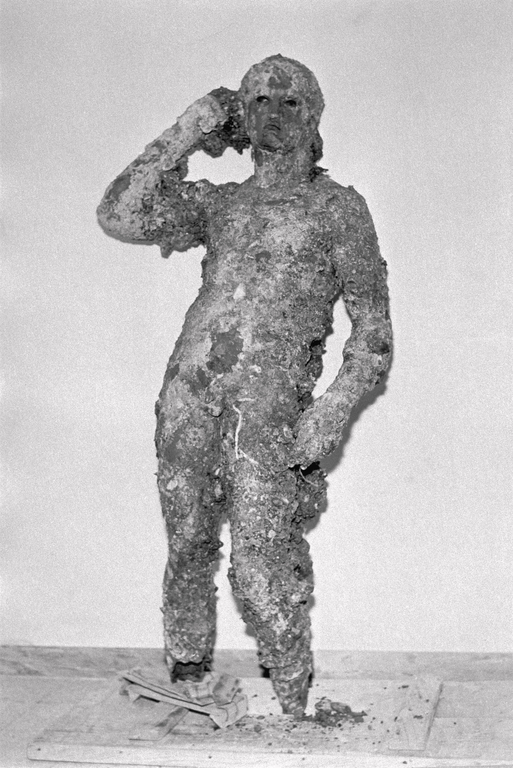 Like reichs, art projects designed to last a thousand years are fraught. But if that’s what Marino really wants, he must throw his bronze boxes into the sea.

Aug. 2016:
I: “Art Architect” Peter Marino on How He Became the Dark Prince of Luxury [artspace]
II: Peter Marino on What Contemporary Art Can Do for Fashion’s Bottom Line
Nov. 2016:
Architect Peter Marino on His Secret Identity as an Artist, Forging Bronze Sculptures in the Foundary [sic] of Rodin
A new selection of Peter Marino mini bronze boxes is now available for purchase at Artspace.