jodi, eBay shopping bag (#exstrange edition), screenshot: ebay
#exstrange is an art project of, on, and about eBay. Curators conceived and launched #exstrange by inviting artists to create “artworks as auctions” that use “the entire listing (descriptive text, images, pricing, and categories) as material to build the artwork.” Occasionally some of those artworks even involve objects.
Marialaura Ghidini and Rebekah Modrak began the #exstrange exploration, and they are involved in the website and book [forthcoming] documenting and discussing the project. But by its nature, #exstrange also exists-and eventually disappears-on eBay, as a hashtag/search term that is ultimately beyond the curators’ control.
There is no shortage of art on eBay, nor of conceptual stunts, often designed for shock or novelty that, it is hoped, will generate interest and a sale. While there are immediately appealing objects, too, like a stamped eBay shopping bag edition by the net collective Jodi, some of #exstrange’s most interesting works are designed to exploit the parameters of eBay’s system and the expectations of its users. 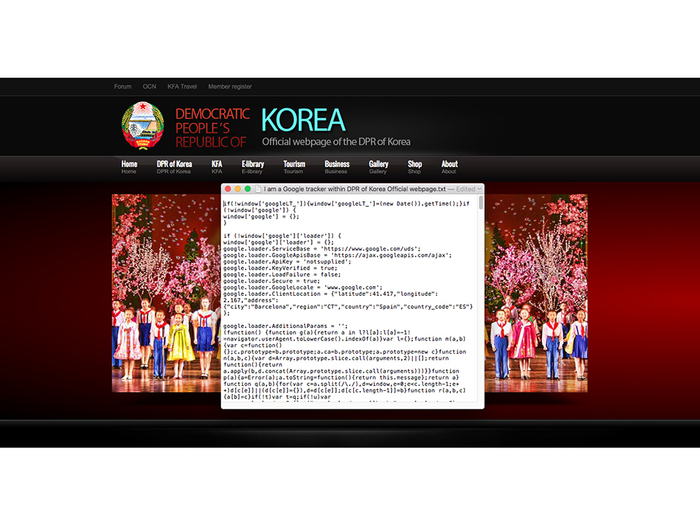 Joana Moll, Google trackers in North Korea official webpage, 2017, image: exstrange.com
In her listing Joana Moll pitched “Google trackers in North Korea official webpage” as “living proof of US colonization over the Asian country.” The opening bid was $30. But because the Barcelona-based artist used the US site, her sale was subject to US law, which prohibits trade of North Korean goods. And so the listing was canceled by an embargobot which couldn’t discern the nuances of selling a screenshot of a txt file showing Google Analytics code embedded in the DPRK’s (presumably homegrown) html. No problem, though, because the delisting is part of Moll’s piece. 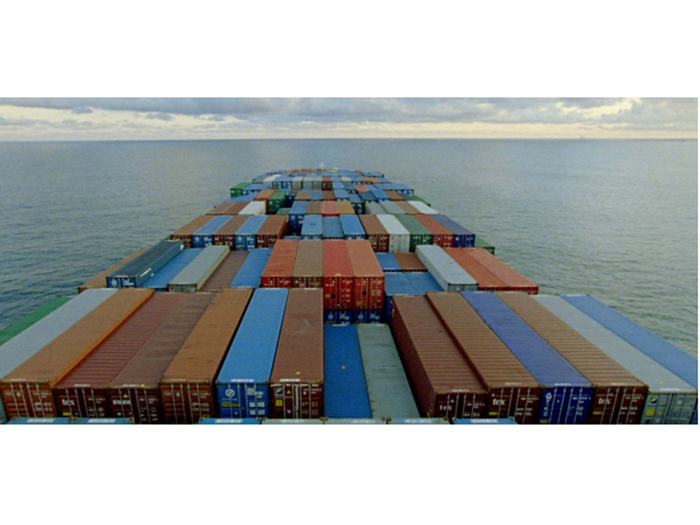 Lloyd Corporation, Bankrupt. Bulk Buy. Liquidation. Repossession #exstrange, 2017, exstrange.com
Lloyd Corporation, meanwhile, appropriated the texts and images from listings by a bankruptcy liquidation specialist, and sold inattentive bargain hunters boxes of junk that nevertheless literally met the listing’s descriptions and caveats. Don’t worry how it turned out, though: the angry correspondence unraveling the sale became part of the work.
As the project propagates, others are jumping in and glomming on. Whether the curator-controlled website follows the free-range hashtag or diverges from it remains to be seen. #exstrange could remain an esoteric label, or it could follow the arc of “eames era” as a genre-specific default search term that dilutes its specificity to homeopathic levels of uselessness. In the mean time, I will definitely be courting some of those conceptual art bidding’ eyeballs by throwing it into my title description of my next eBay sale,. To paraphrase Rauschenberg, “this is an #exstrange if I say so.”
#exstrange, co-curated by Marialaura Ghidini and Rebekah Modrak [exstrange.com via someone one twitter, thanks! probably regine/wmmna]
Previously, related: eBay Test Prints: DO NOT BID OR BUY
DO NOT BID OR BUY Meets DO NOT LIST OR SELL