I shouldn’t be surprised that I’m getting this question a lot these days. Here’s what Ang Lee told the NYT’s Karen Durbin:

“When I first read the story, it gripped me. It’s a great American love story, told in a way that felt as if it had never been done before. I had tears in my eyes at the end. You remember? You see the shirts put away in the closet side by side.”
Who could forget? When Annie Proulx’s short story about two cowboys in love appeared in The New Yorker nearly eight years ago, it was so startling and powerful that for many people, the experience of reading it remains a vivid, almost physical memory.

The movie just won the Golden Lion at the Venice Film Festival, and had its North American debut at the Toronto Festival last week. The theatrical release is expected in December, which gives you enough time to track down a copy of Brokeback Mountain yourself. 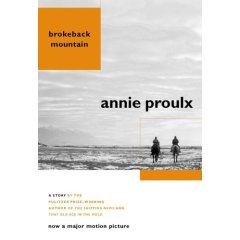 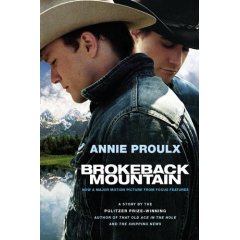 Here’s where it is: