From Henry David Thoreau’s Walden, quoted by Mark Noonan in the Columbia Journal of American Studies

But while we are confined to books, though the most select and classic, and read only particular written languages, which are themselves but dialects and provincial, we are in danger of forgetting the language which all things and events speak without metaphor, which alone is copious and standard. Much is published, but little printed. The rays which stream through the shutter will be no longer remembered when the shutter is wholly removed. No method nor discipline can supersede the necessity of being forever on the alert. What is a course of history, or philosophy, or poetry, no matter how well selected, or the best society, or the most admirable routine of life, compared with the discipline of looking always at what is to be seen? Will you be a reader, a student merely, or a seer? 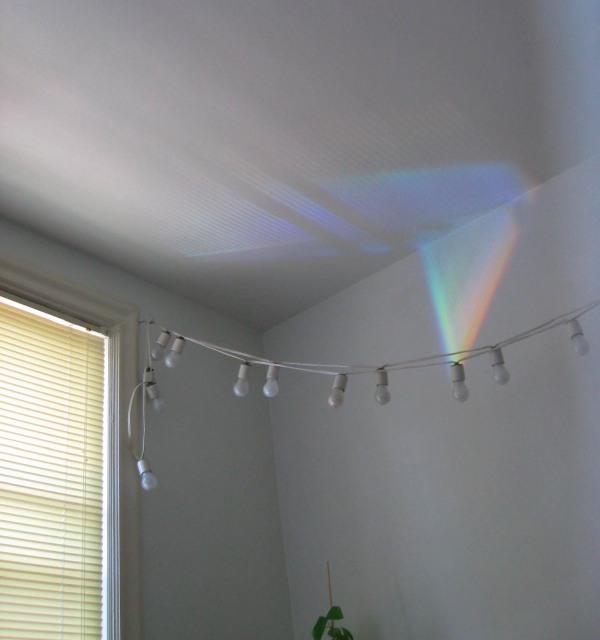 For a long time we had construction on our street. The crew would store their portable signs in such a way that, on many mornings, they would reflect a rainbow in our window and across our living room ceiling. The kid took on the job of spotting them, which led to her taking pictures of them. This is one of the earliest examples. I suspect the memory of the rays will far outlast our shutters which, frankly, are nothing special and which I can’t wait to remove.