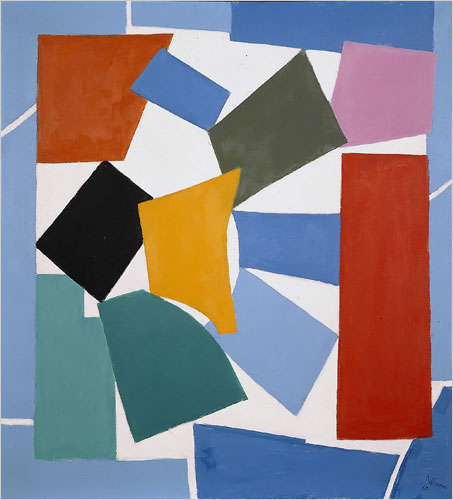 So now that the White House has returned Alma Thomas’s 1968 painting, Watusi (Hard Edge) to the Hirshhorn amid a flurry of interest in its making and in the artist herself, I assume the museum will quickly put it on public view. Probably with a bit of explanatory text about how and why the aged, arthritic Thomas appropriated her composition from The Snail, one of last works Matisse managed to create before he died.
Maybe they’d even put it alongside some Matisse paintings, which demonstrate the early modernists’ bold innovation of appropriating motifs and forms from African art.
Or maybe they could go all out and borrow The Snail from the Tate, so it could hang alongside Thomas’s painting, allowing a careful examination of what she saw, but also of what she changed.
I’ll be waiting by my inbox for that press release.