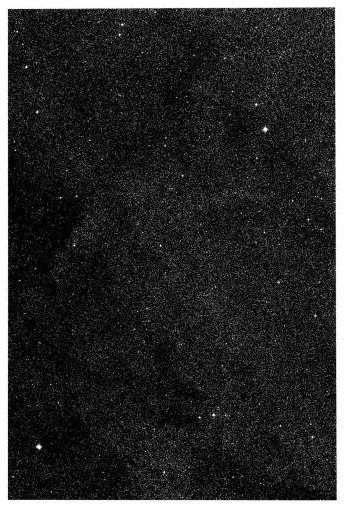 Joerg has an interesting recap of Thomas Ruff speaking with Philip Gefter a couple of weeks ago at Aperture.
I’m a fan of several of Ruff’s series of work–and distinctly not a fan of others, but hey. Here’s a bit about the Sterne/Stars photos, one of several of Ruff’s appropriation series:

Ruff has worked a lot with images that are not his own, be it the stars, the newspaper clippings, or the images of machines he found on a set of glass plates he bought. Each of those series centers on investigating the essence of authorship or reality in photography: The stars he picked as the most objective photographs one could possibly produce (as an astronomer I’m not sure I agree with this)…Here’s a photographer who not just decided to play with images to have them fit his artistic vision – instead, it’s a photographer who has looked at what photographs can do from a very large number of angles…

I love that Joerg’s an astrophysicist/photographer.
Though Ruff uses contemporary plates from an entirely different survey form a different observatory in an entirely different way, his Sterne are definitely an inspiration for my plan to show and reprint the NGS-Palomar Observatory Sky Survey.
Also an antecedent, if not a direct influence: Ruff’s Jpegs series, which blows up low-res web-scavenged images to grand, pixelated scale. Even though the discussion was scheduled to promote Gefter’s new book and the limited edition of Ruff’s Jpegs catalogue [published by Aperture, with an essay by my buddy Bennett Simpson], the jpeg images didn’t make it into Joerg’s notes.
Neither, alas, did much input from Gefter. He’s a very attuned guy, and it was great to work with him on some of my pieces for the Times. So basically, I’m a 360-degree fanboy over this event, and am hoping Aperture will indeed post video of it soon. Or ever.
update: aha, they did. right here. Thanks again, Joerg.
Ein Abend mit Thomas Ruff [jmcolberg.com]
Thomas Ruff: Jpegs