It reminds me of Joep van Lieshout’s creepy totalitarian project, Slave City. I’ll find some links when I get off this blog-hostile iPad. 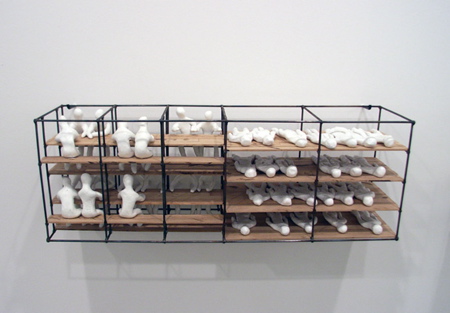 Originally called Call Centre, Van Lieshout began designing Slave City, a theoretically self-sufficient, eco-neutral, and highly profitable city of 200,000, in 2005. Reg wrote about Slave City on the occasion of Tim Van Laere Gallery’s 2006 show. If I remember correctly, Joep talked about Slave City a lot during his 2007 Tate Artists Talk.
Slave City itself is a little reminiscent of Pig City, the provocatively dystopian proposal to concentrate the Netherlands’ sprawling pork industry into highrise farms, which was floated in 2000 by Joep’s Rotterdam neighbors, MVRDV. 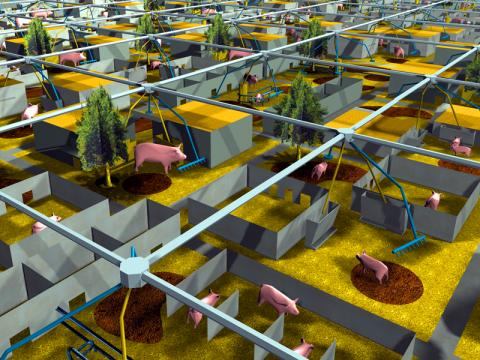 This is how we end up building The Matrix, people; one cautionary-but-a-little-too-enticing concept study at a time.
interview with Ocasla: the totalitarian Buddhist who beat Sim City [viceland via @jadabumrad]