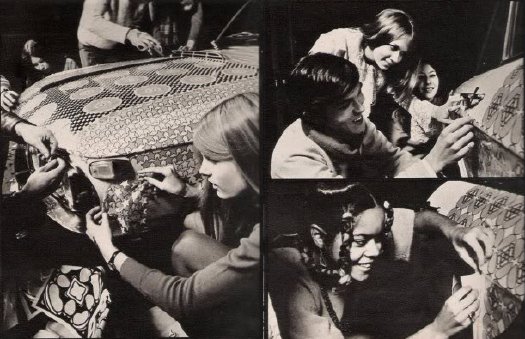 The day I watched the video of Jeff Koons’ crew wrapping the vinyl decals on his BMW Art Car was also the day I surfed across Little Lamb, Richmond artist/musician Sara Gossett’s awesome blogspot compendium of psychedelia [which has lately been supplanted by a tumblr.]
Home for Christmas, Sara was presented with her dad’s collection of Eye Magazines, from which she culled just a few of the most incredible countercultural images. Eye was Hearst magazine’s demographic play for the youth market of 1968-9, the MTV Generation’s parents. It was the Domino and Vitals of its day, with all that entailed. Which means it lasted for just 15 issues.
Among Sara’s finds: this incredible car-decorating photoshoot. Look familiar? No, seriously. Look familiar? Let me help read you read the caption: “Finished! Time: four hours and seven minutes (the seven minutes to blow up the balloons).” [emphasis added on the most Koonstastic part] 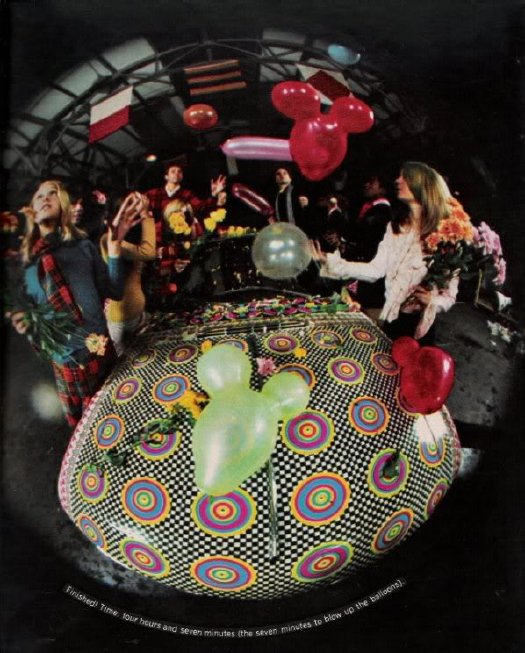 Alas, as a visually inspired type, Sara had no text, or info about the shoot, or even what issue it was in. With some digging, though, I think I found it: Eye, Vol. 1, Issue #1 from, wow, March 1968, the September 10th of the Sixties:
“The Almost-Instant-Flamboyant-Fluorescent-Decal-Decorated Car”
Like I said, sound familiar? I asked a friend who is well-versed in such things, and he identified the car as, not a BMW, but a Lancia Fulvia. If any was involved, the artist’s name is currently unknown. But I bought the cheaper of the two copies of the magazine from the web, so we should know in 5-8 business days.
UPDATE: Uh-oh, could this be true? From a completed ebay.ch auction: “Why is this Man Smiling? Peter Max – 3 pages of Peter’s artwork on cars“! 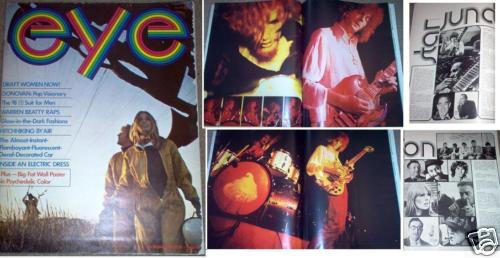