Hm, OK.
I think we’re in the clear here, satelloon-wise. It is true that Anish Kapoor’s Leviathan is inflated, and 35 meters tall. 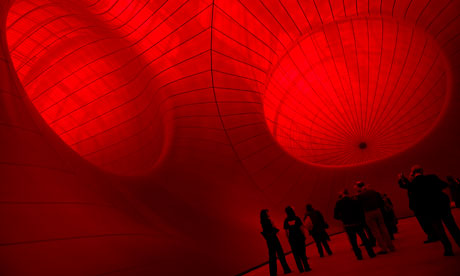 But when you enter the Grand Palais to see Leviathan, you enter Leviathan itself. It’s a space, a bulbous, three-chambered cathedral of a space, “like going into the belly of a whale,” says the Guardian. Though of course, it’s really going into the belly of a cinematic whale. So it’s a belly of imagination.
But it’s a space, not an object. At least, not at first. When you exit, though, it’s a thing. And well, hm. At first, things look pretty grim, which is to say, satelloonish. 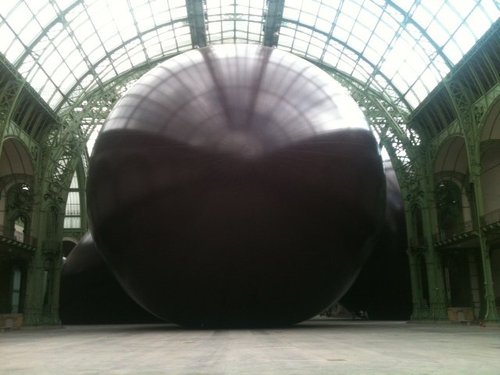 But ultimately, it’s a different thing, very different. One thing that’s emphasized in Kapoor’s talk to the Guardian is the light and space of the Grand Palais, and its vast expanses of glass:

“This is a terror of a space, probably much more difficult than the Turbine Hall,” Kapoor said. “It’s three times the size, huge horizontally and vertically and above all the light is a killer. It’s almost brighter than it is outside.”

There are any number of spaces–dirigible hangars, stadiums, train stations–that could hold a 100-ft mirror-skinned aluminum sphere; but in this time, there are no art spaces except, now, the Grand Palais. And that’s part of the point. 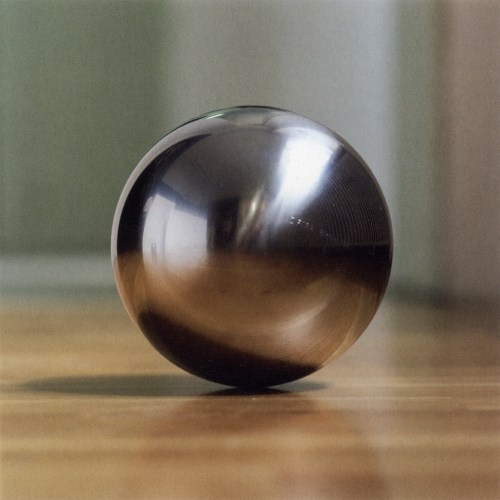 Not only can satelloons not escape the problems Gerhard Richter diagnosed for spheres–they’re too beautiful and perfect–they blow these problems up [sic] to gargantuan scale. Which is kind of interesting.
Monumenta 2011 has a Facebook wall [facebook.com]