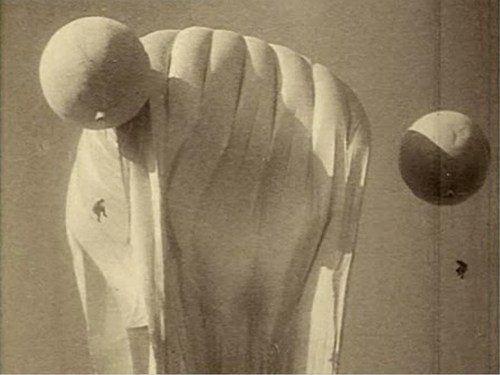 I just watched Tarkovsky’s 1975 film The Mirror for the first time as an adult, basically; when I saw it in college, I had no clue and was bored out of my gourd by it. In fact, for a long time, I’d conflated it, burning houses and whatnot, with The Sacrifice. 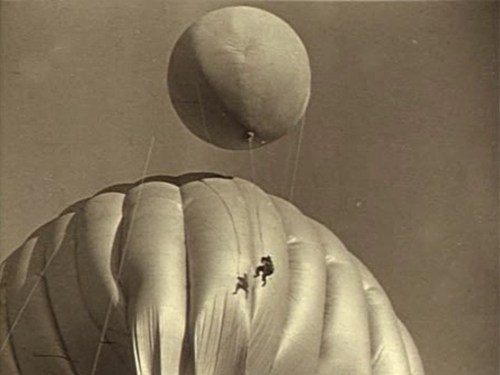 Anyway, the largely plotless, highly autobiographical film is a memory-like collage of documentary footage and vignettes set in disparate time periods. When I say, plotless, though, I mean it’s a movie about a guy who spent ten years trying to make a movie about his childhood purely as an excuse to show the awesome scenes of a Soviet military balloon from the Spanish Civil War. At least that’s how it looks to me now. 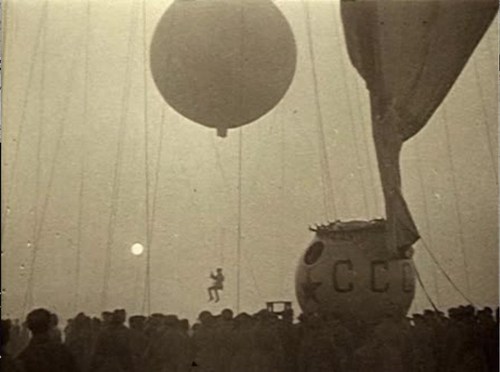 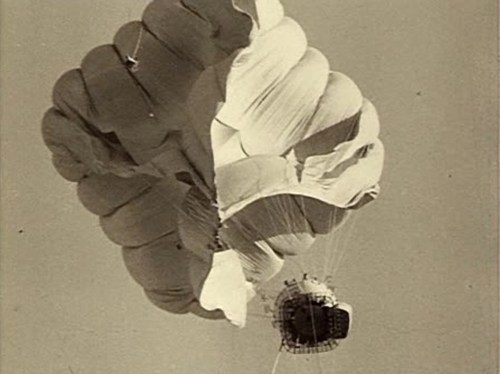 Previously: an image of a guy on a balloon inspecting Echo II at Lakehurst, NJ