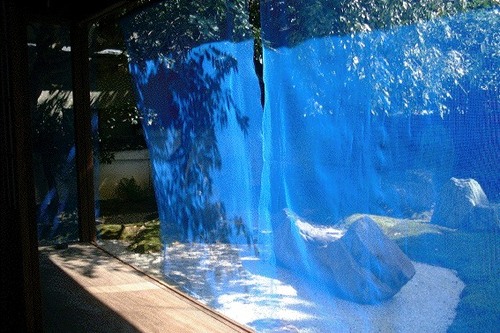 Looking back at some of the other projects of FREE SOL LEWITT co-curator Daniel McClean, I have basically concluded that we have been walking in a weird parallel in the art world for ten-plus years, without ever actually meeting.
In 2000, when we were still buying a fair amount of his work [i.e., when it was last affordable enough for us to buy, or to buy more than one thing], McClean curated an installation in Japan by Gabriel Orozco.