I love a lot of Jason Rhoades’ work, but only have a little. I wish I’d known about this sooner: 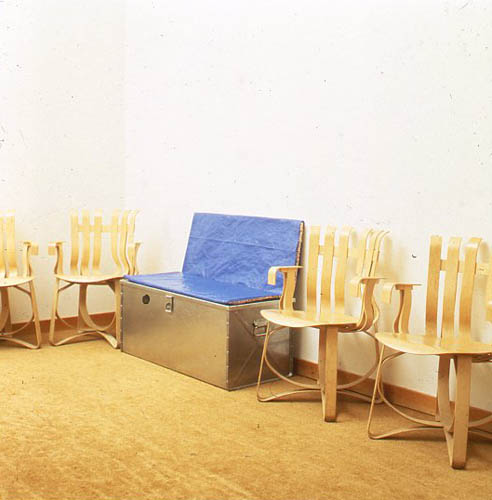 Blue Room and Love Seat is an edition produced with 1301PE’s Brian Butler in 1995, maybe when it was still only 1301.
Anyway, it’s a steel trunk with a cushion on top, for sitting, which contains an inflatable room made from blue tarps. Which sounds delightful, except that it’s inflated by a leafblower, so it’s noisy. And it’s actually inflated by the blower exhaust, so it also pumps noxious fumes into the blue room. Which sort of makes it a portable gas chamber. Which is now kind of depressing. 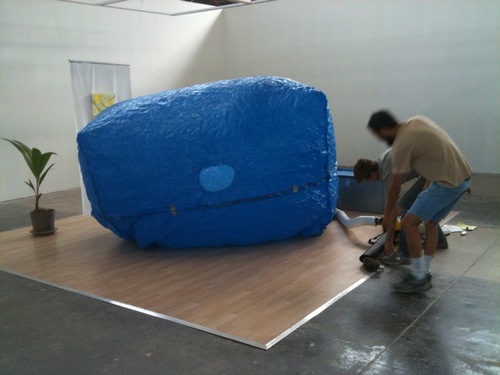