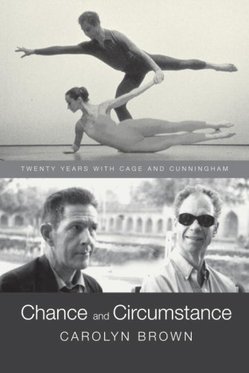 Well first off, apologies to Remy Charlip. I’d said he was “a bit off on dates” when he wrote about touring with Merce in a VW Microbus driven by John Cage from 1956-61. When we know [sic] that Cage only bought the bus in 1959, after winning a stack of dough on a rigged Italian game show.
But now, who knows? Those dates match up perfectly with the memoir of Carolyn Brown, one of Merce’s first principal/partners, and, like Charlip, a member of the Company from the earliest Black Mountain College days.
In fact, the chapter of Chance and Circumstance which lent its title to this series of posts, “The VW Years,” begins in:

November 1956. John and Merce borrowed money to buy a Volkswagen Microbus, the vehicle that defined–willy-nilly–a classic era of the dance company’s history: the VW years. Our first VW-bus jaunt was crazily impractical, but according to a postcard sent to my parents, “a very happy trip.” To give two performances, we drove for two days and one-third of the way across the country and, although I don’t know how Merce was able to afford it, we stayed, for all the world like a professional dance company, in a big city hotel–the Roosevelt in downtown St. Louis. [p. 164]

What’s remarkable about these “VW Years” in the mid-50s was how little use the bus actually got. The centerpiece of the chapter is actually a groundbreaking Jan. 1957 performance at BAM that caused a downtown uproar–but which was followed by months-long stretches of absolutely nothing at all. The company performed so little in 1957 that Brown ended up joining the ballet corps at Radio City Music Hall, a grueling gig that left her exhausted and injured, but with money in the bank.
The detailed, finely, painfully felt atmosphere Brown conjures up is both eye-opening and engrossing; the rejection, ignoring crowds, poverty and hardship of this era of Merce & co’s career–indeed, of the whole downtown scene–seems hard to imagine from the comfortable, iconic present. And though I’m neither a big biography nor dance guy, I repeatedly found myself thrilled and literally laughing out loud at Brown’s stories.
The VW Years were also the Bob and Jap years, when Rauschenberg and Johns designed costumes and sets for the Company. In 1958, the two artists and Emile de Antonio produced a 20-year concert retrospective of John Cage’s work, followed in Feb. 1960 by a Manhattan performance for Merce’s company.
Merce worked out the program for what would turn out to be a “traumatic” New York performance on a tour through Illinois and Missouri:

After the eleven-day tour, six of them spent in the close quarters of our Volkswagen bus, everyone had or was getting a cold. In Viola [Farber]’s case the cold developed into bronchial pneumonia. By February 16 she was acutely ill. At the end of her umbrella solo in Antic Meet her legs were cramping so badly she barely made it into the wings. Merce, entering from the opposite side for his soft-shoe number, couldn’t help seeing her, on the floor in the wings, unable to walk, tears streaming down her face. Afterward he said that as he went through the motions of his solo his mind was racing: What happened? Will she be able to continue? What will we do if she can’t? At the intermission he picked her up in his arms and carried her upstairs to the women’s dressing room. The cramps finally subsided and she assured him she could continue. Cod knows how she got through Rune, but she did. [p. 260]

Brown is sympathetic but unflinching in her account of the difficulties of working with Cunningham, and of the toll the company’s lack of performances and new choreography took on Merce the dancer, who, in Brown’s telling, grew grim and depressed as he watched his peak physical years passing him by. By 1961, things were not quite so grim, with ten performances booked in nine states between February and April; which may make this the Golden VW Year:

I think Merce was even more relived than I to be touring with the full company, and his self-confidence seemed fully restored knowing that the company had been engaged on the basis of his reputation as dancer and choreographer rather than by avant-garde musical festivals based on John’s and David [Tudor]’s reputations. John and David were with us, of course, to play piano for Suite and Antic Meet. John, on leave from Wesleyan, also resumed his duties as chief chauffeur, cheerleader, guru, and gamesman. Once again, nine people tucked themselves into the Volkswagen Microbus, sometimes spending as many as eighteen out of twenty-four hours together. Singing, snoozing, reading, knitting, arguing, laughing, telling stories, playing games, munching, and sipping, we whiled away the hours and miles between New York City and De Kalb, Illinois, De Kalb and Lynchburg, Virginia…etc. We totaled six days and one full night on the road plus six hours in the air just to give four performances. Ridiculously long journeys. One performance we gave having had no sleep at all, dancing in Lynchburg, Virginia, on Tuesday night, then, after a party, driving all night to Richmond, Virginia, to catch a plane to Atlanta and another to Macon, where we performed Wednesday night after rehearsing in the afternoon. It was impractical. Exhausting. Wonderful. [pp. 313-4] 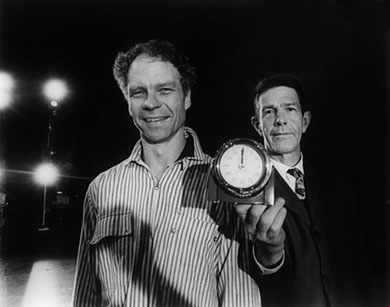 There’s one more excerpt which I’ll go ahead and quote from at length, where Brown really brings home the reason why I’ve become kind of fascinated with Cage’s VW bus in the first place. At 11PM, as the year ends, and Merce Cunningham Dance Company is performing for the last time at the Park Avenue Armory–and as I gave my tickets to these final Legacy Tour events to a good friend when I realized our travel schedule meant we couldn’t attend ourselves–and as Cage’s centennial year begins, I am looking forward to soaking in Brown’s insightful account of the scrappy, crazy, foundational era of the company and the artists in its orbit. 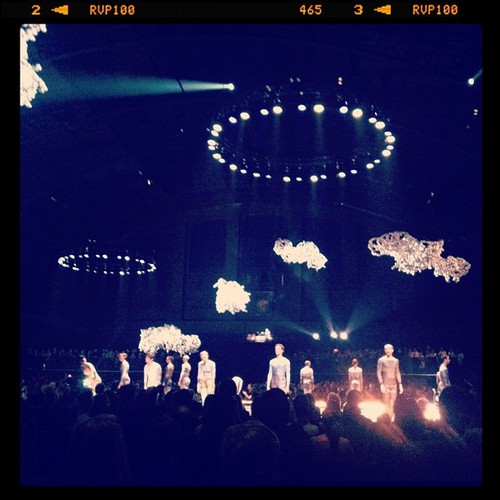