This is fantastic, a 1955 industrial film by E.I. duPont deNemours, Inc. about their miraculous new plastic film, Mylar.
I mean, first off, it’s Mylar, so satelloons and Warhol balloons and everything else about the future. 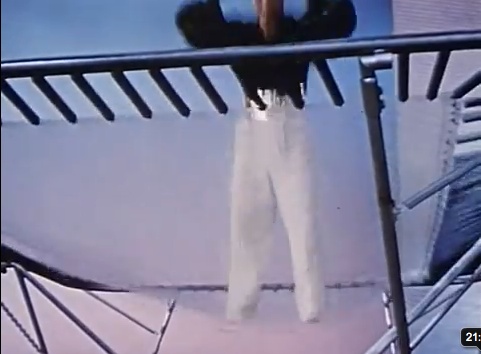 But then there’s the film itself. The Mylar trampoline and trapeze–with acrobats. The circus-y knifethrower’s assistant in satin hotpants and beret, doing her ur-Vanna Whitest by turning the painted bullet point signs around. 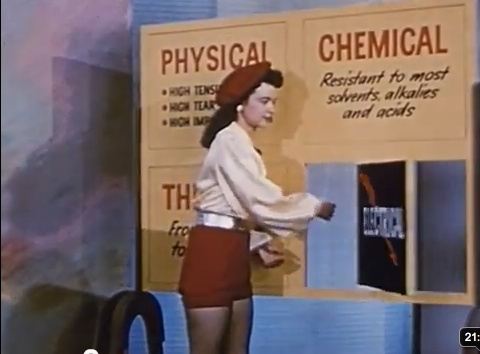 The suited host’s quickchanges from rubber aprons to insulated gloves as he moves from acid baths to live electrodes to demonstrate Mylar’s physical and chemical properties.
The entire look, basically, from the opening title, things that would otherwise be text effects, or illustrations, animations, infographics, or [today] CG, are here rendered as physical props. “An artist’s conception” of the Mylar molecule is a series of plate-sized, translucent sculptures simulating the view through a microscope. 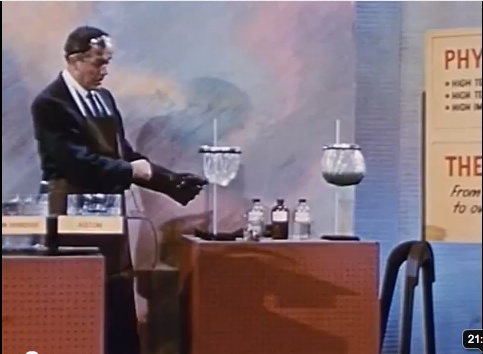 And those pedestals are made from that other Material of The Future: pegboard. 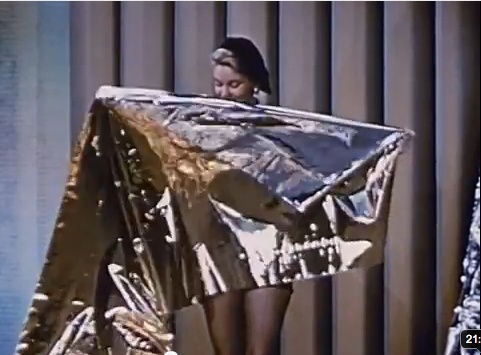 The second half is all application concepts and glamour shots. An artist’s conception of an awesome-looking bunch of Mylar. 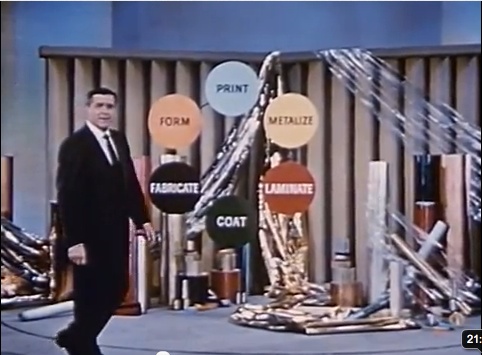 1955 was when Warhol was still doing shoe ads. And Rauschenberg and Johns were supporting themselves by doing display windows. 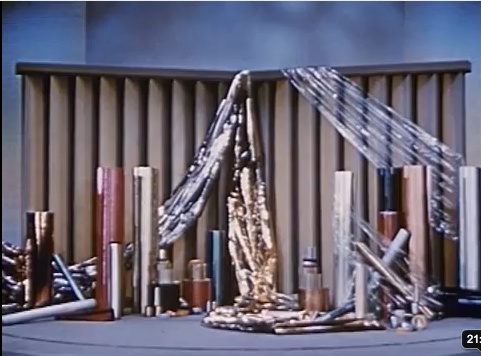 I don’t mean to suggest that Minimalism or Finish Fetish secretly arose from duPont marketing material. But on the other hand, this was the context. A Jam Handy Production. 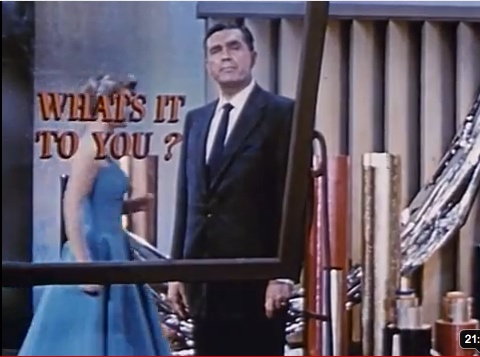 DuPont’s amazing 1955 Mylar commercial film (24min) [youtube via @studiogang
What’s It To You? (Part I) and (Part 2) are also at the Internet Archive [archive.org]