It’s not that I feel a need to apologize for breaking some imaginary overall narrative flow, but I just need to put these here for current and future reference.
First, the SS Leviathan, as seized from Germany and as outfitted in WWI-era Dazzle Camo livery: 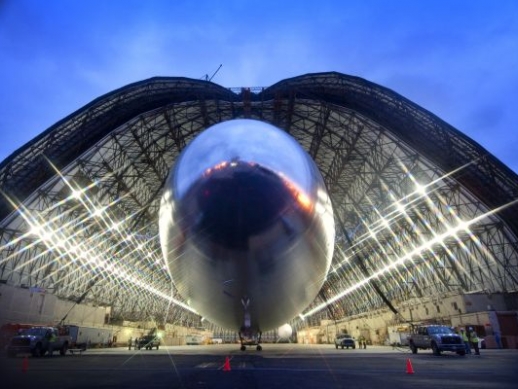 And then there’s the Lockheed Martin HALE-D, a next-generation military communications airship that obviously traces its design DNA back to the glorious Echo and PAGEOS satelloons of yesteryear. Unfortunately, like those ships, the HALE-D, and many of the inflatable, unmanned surveillance airships the Pentagon has burned $1 billion developing the last four years, have turned out to be an evolutionary dead end; the HALE-D crashed on its initial test flight, and the program is now on the chopping block.