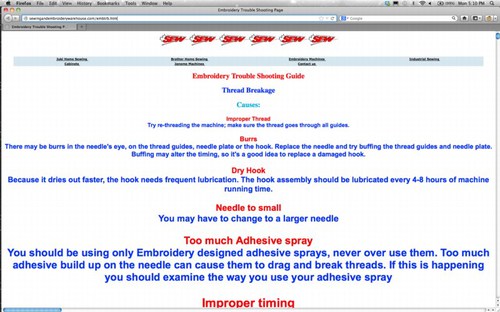 When I first met Richard Serra in 1994 or so, we talked a lot about the Internet. Soon after, I began trying to imagine what a Richard Serra web project would look like. Given the way his sculptures rather definitively reconfigured the space they inhabited, I envisioned a Serra site as a single, massive, interlaced GIF, that rendered in your browser with excruciating, megalithic slowness, controlling time and processing power as well as screenspace. 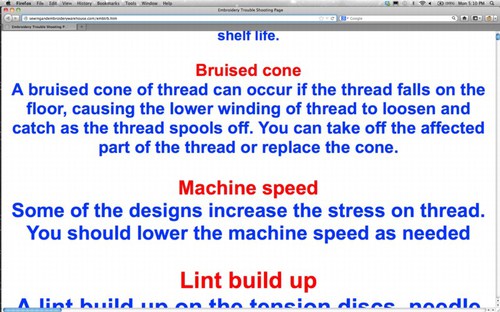 I mention this now because I think that, after my nearly 20 years online, the Embroidery Trouble Shooting Guide page at sewingandembroiderywarehouse.com comes closest to Serra’s work in terms of its spare, dauntless power. 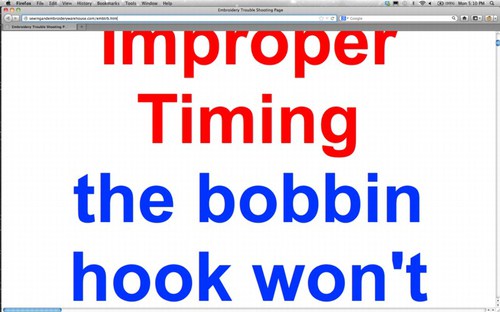 ETSG is created in Microsoft FrontPage. None of the HTML headings tags are closed, so the text, as Rob at boingboing puts it, grows “inexorably in size until the greatest website in the world is achieved.” 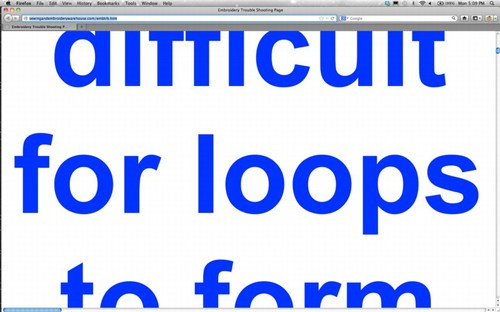 This kind of webby, self-referential recursiveness is similar to, though the inverse of, Moonwalk, Martin Kohout’s standout YouTube video which was a conceptual standout at the Guggenheim’s YouTube Play competition/exhibition a couple of years ago. 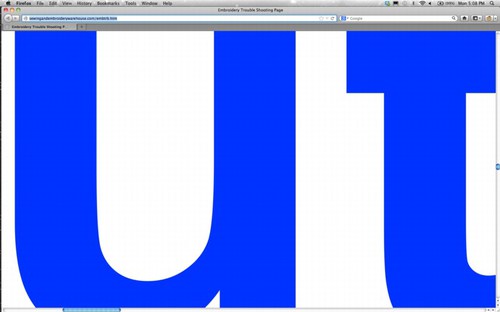