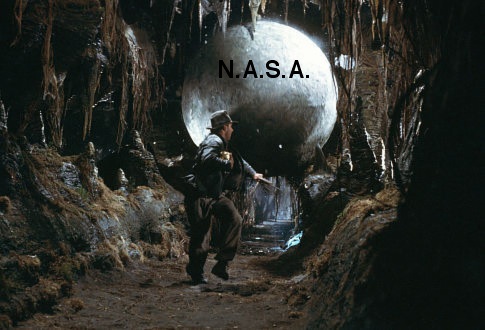 Dude. I can’t believe it’s really happening. But it is. “Exhibition Space” is opening tomorrow night at apexart in Tribeca. There’s a reception from 6-8pm, and the show will be open to the public from Thursday the 21st through May 8.
What started out as completely separate ideas, spawned, obviously, here on the blog, has turned out to have all these amazing and direct interconnections, both among the objects in the show, but also into the art of the time.
As the new banner image suggests–which I love, btw, just so awesome, like it was shot just for me–there will be some extended posting about the stuff in the show here on greg.org. So please visit often.
image above inspired by Whitney’s suggestion at AFC that I’m on some kind of Indiana Jones-like satelloon quest, which, well.
“Exhibition Space,” photographs, objects, and perception at the dawn of the Space Race, 21 Mar – 8 May 2013 at apexart [apexart.org]
Previously:
2007: The Sateloons of Project Echo, must. find. satelloons.
2008: On The Sky Atlas and the NGS-Palomar Observatory Sky Survey