Listening to David Diao’s amazing talk on Barnett Newman at Dia a few weeks ago, and then seeing his painted references to Newman, and especially to the 1966 Guggenheim catalogue for Lema Sabachthani, the debut exhibition of Stations of the Cross reminds me that Newman’s work has been experienced and considered quite differently than it is today. [The Internet Archive has digitized Barnett Newman’s The Stations of the Cross catalogue, btw.] 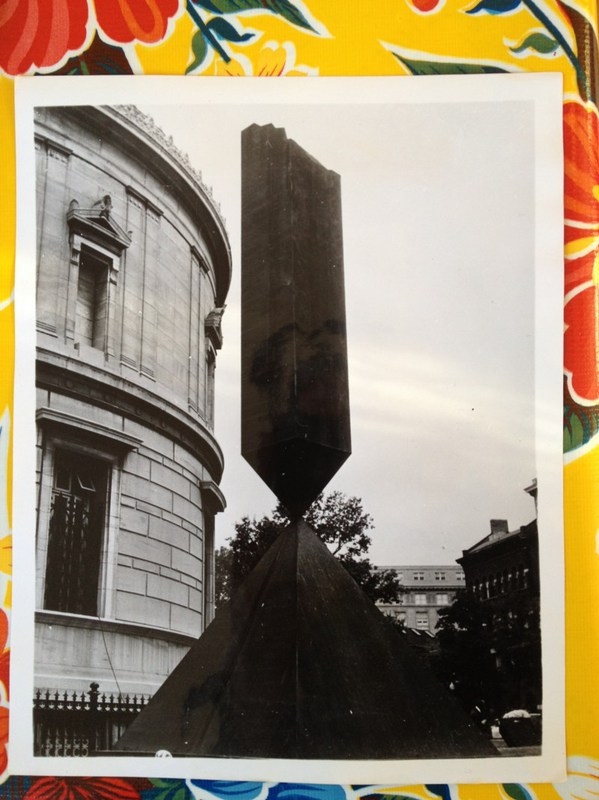 Which reminded me of these old photos of Newman sculptures. The top one’s from 1967, the first installation of Broken Obelisk at the Corcoran, the museum which commissioned it. It was included in the same large-scale sculpture exhibition as Tony Smith’s Smoke and whatshisname’s giant X.
This, first edition was removed from the Corcoran in 1969 [according to Washington Post courtier/reporter Paul Richard, there was turmoil after the departure of the museum director. Go figure.] and was eventually installed at the Rothko Chapel in Houston, dedicated after the fact to the memory of Martin Luther King. But there are a couple more. Has a Broken Obelisk ever been exhibited in DC since? And I keep looking for a photo of it from the other angle, with the actual Washington Monument. I mean, that shot was possible, wasn’t it? [Yes, from the FDIC building, apparently.] 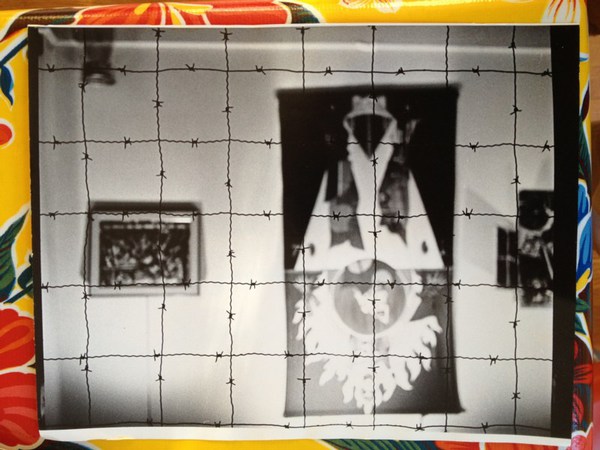 And this one, which blows my mind, is Lace Curtain for Mayor Daley, a grid of barbed wire across a cor-ten window frame. Newman made it for a series of protest exhibitions hastily organized by Richard Feigen and Claes Oldenburg, after Chicago police attacked anti-war protestors at the Democratic National Convention. [Oldenburg was one of those beaten.] Annalee gave Lace Curtain to the Art Institute of Chicago in 1989, which has exhibited it only rarely.
Like I said, the perception of Newman’s work has been quite different than it is today.