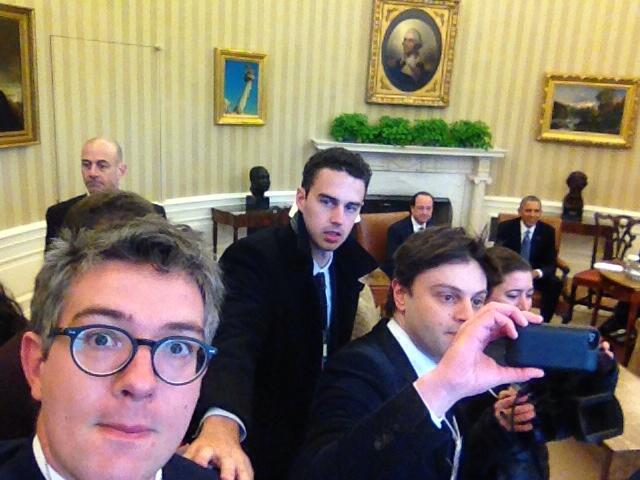 OK, this is pretty sweet. For the Oval Office photo spray with Francois Hollande and Pres. Obama, the French press corps shot a bunch of selfies instead, with the world leaders in the background. The one above is from @ThomasWieder, Elysée correspondent for Le Monde, [via BBC Paris correspondent Christian Fraser, @ForeignCorresp]. It looks like he’s being handled by his handler, too.
@Thornburgh suggests it might be a protest against Hollande’s recent granting of an exclusive interview to Time Europe correspondent Vivienne Walter. Time’s editor at large Catherine Mayer had gloated about the get by tweeting out a selfie from the Elysée Palace a few days ago. 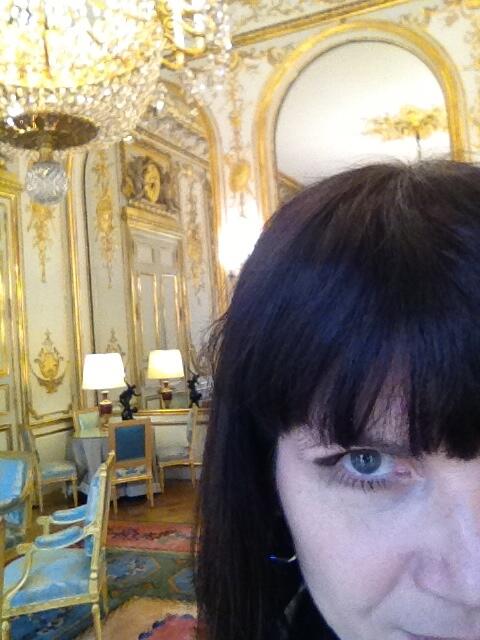 And as we know from White House correspondents, including the media in your shot is an act of aggression, or protest, no matter who’s doing the including.
Previously: Pete Souza, White House Photographer
Hell Yes, Francois Hollande!
Aujourd’hui c’est la rentree