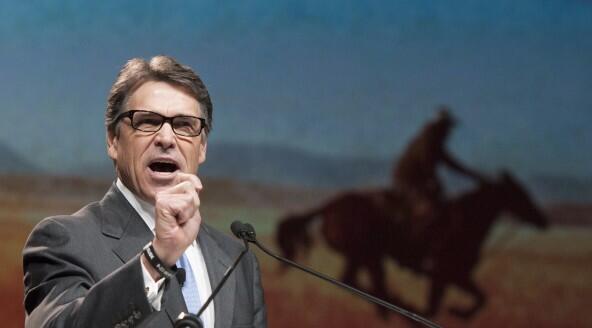 Republicans: Gays, Drunks, Let God Sort’em Out, image: AP/Rex C. Curry via TPM
Yesterday I tweeted about Texas governor Rick Perry wearing his “Smart Glasses” and standing “in front of a Richard Prince mural” in San Francisco where he was condemned for comparing homosexuality to alcoholism.
This morning Mr. Prince tweeted the following, which, like most tweets that don’t mention me, I assumed to be about me:

Getting blamed or credited for everything Cowboy. “Whoever it is, wish they’d cut it out quick. When they will I can only guess”.

Upon further review, it turns out the photograph of Governor Perry was actually taken last Thursday at the Texas GOP Convention in Fort Worth, where the party was condemned for endorsing anti-gay “conversion therapy.” 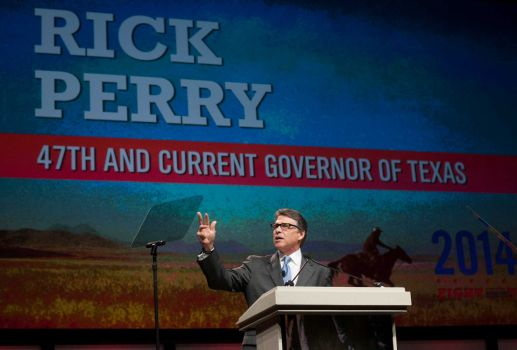 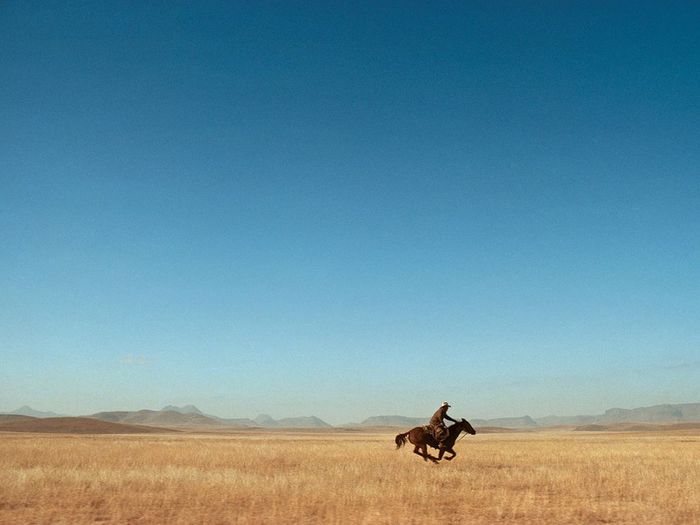 and not from the C-prints for sale in Allard’s gallery. 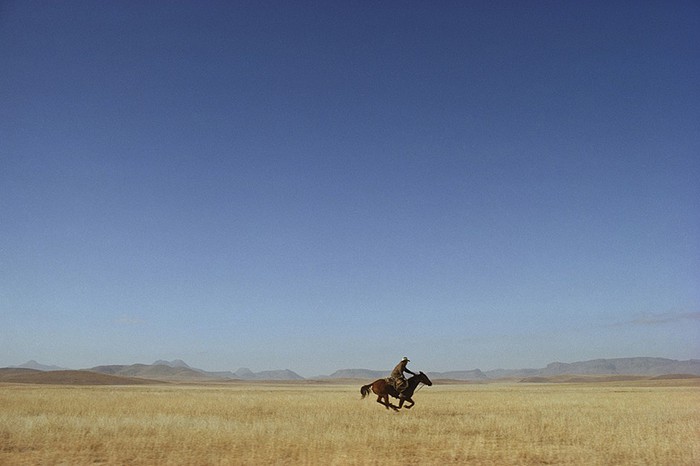 Allard was one of the original photographers for the Marlboro Man and Marlboro Country ad campaigns after they switched from models to real cowboys in the 1970s. Prince would begin rephotographing these print ads around 1980. As far as can be discerned, this image has not appeared in a Marlboro ad, and has not been rephotographed by Mr. Prince. Yet.
greg.org regrets the error.