As cool as it might be as an object, there’s something about that “Manhattan Project Glass” window that just ain’t sitting right with me. I will not be bidding. 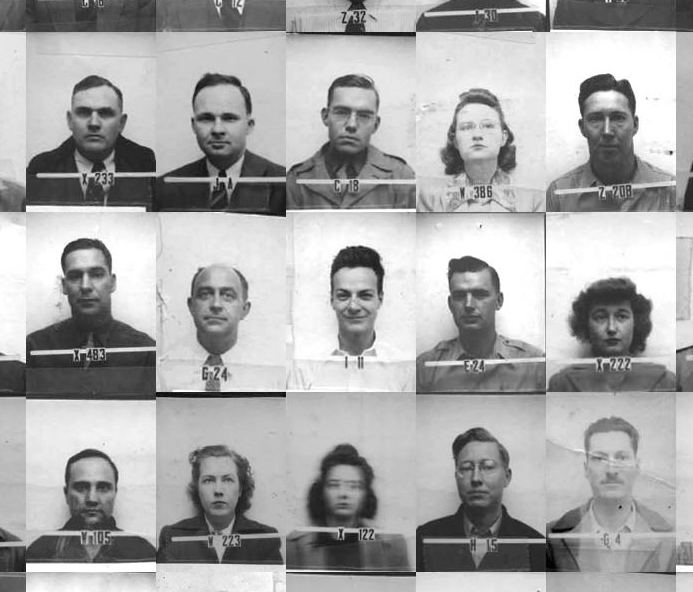 The Faces of Project Y, detail, assembled by Alex Wellerstein, via nuclearsecrecy.org
But researching it has led me to some absolutely amazing other objects from the dawn of the nuclear age that are well worth pursuing in an artistic context.
Let’s start with The Faces of Project Y, by historian Alex Wellerstein. A couple of years ago Wellerstein pulled all the recently declassified ID badge photos from the 1,200+ people who worked on Project Y, the code name for the Los Alamos section of the Manhattan Project. Then he tiled them up into one giant, 31×40 grid. It’s awesome.
That’s Richard Feynman smirking in the center of the detail, just above the woman with the Gerhard Richter blur. Wellerstein puts faces to other notable names on his blog, Nuclear Secrecy, and has created some swag coffee cups and other merch with the images on it. A giant print would be nice. But what’s needed, clearly, is wallpaper. Rather than lose the 29 folks on the bottom, incomplete row, maybe you could get all the images as individual files, and just let it flow till the wall is full.
I don’t know how I missed the extraordinary career and sad story of nuclear sculptor James L. Acord. Thanks to Seth David Friedman for pointing me to Tom Moody’s incredible 2001 tale of Acord’s rare, realized masterpiece, Monstrance for a Grey Horse. I will keep reading. 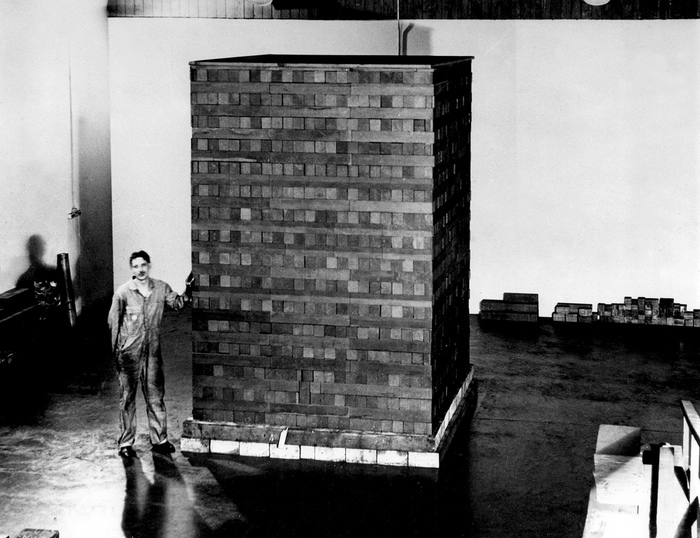 Then there is the first nuclear reactor, the Chicago Pile-1, built under the football stadium of the University of Chicago in 1942. To create a sustained, controlled nuclear chain reaction, Enrico Fermi and his team embedded uranium balls in a giant, quasi-spherical lattice of 45,000 graphite bricks, which were supported by a lumber grid, which was enclosed by a square, black rubber balloon. 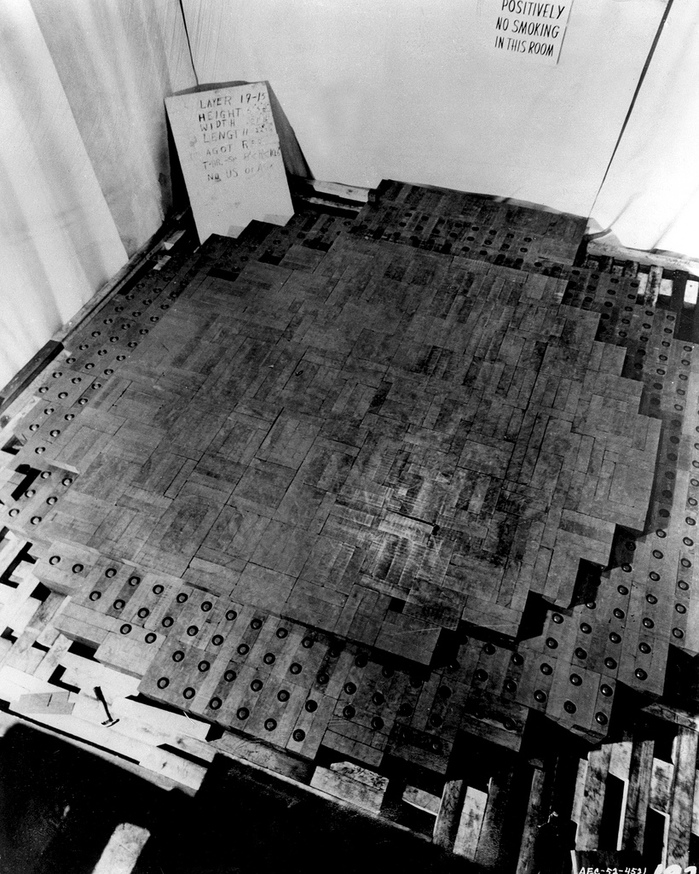 Last year the Dept. of Energy posted photos of CP-1 to flickr, and it was basically Carl Andre’s greatest sculpture. Ever. 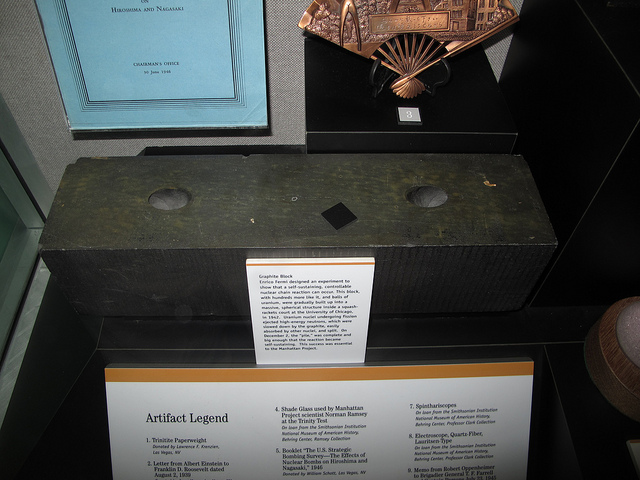 CP-1 graphit brick at the Atomic Testing Museum, img via flickr user rocbolt’s CP-1 photo album
At least four of the graphite bricks are known to survive. Here’s one at Oak Ridge. This photo by Kelly Michals is of the brick at the Atomic Testing Museum in Nevada. I don’t know why you couldn’t recreate the thing anew. From a window with a dodgy backstory, an untimely death, and a bunch of mug shots, to a nuclear Carl Andre Death Star inside a Kaba’a. These dots practically connect themselves!