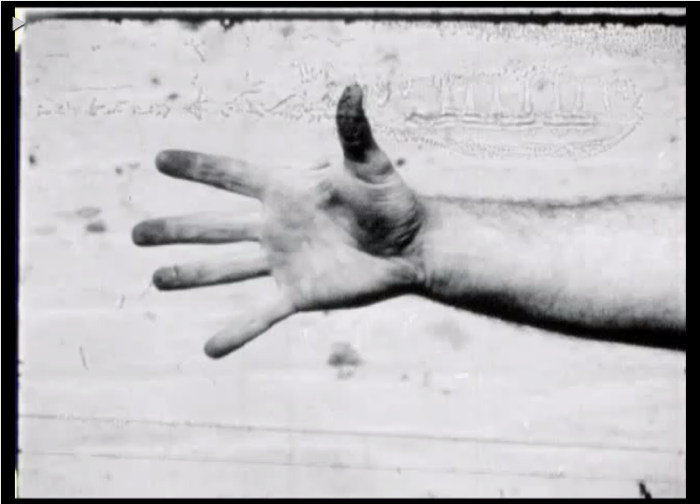 It hadn’t occurred to me at all until yesterday, but a still of Richard Serra’s first film, Hand Catching Lead (1968) suddenly reminded me of Felix Gonzalez-Torres’ 1992 billboard, “Untitled” (for Jeff). [the installation below in a Frankfurt U-bahn station was for MMK’s 2011 show of G-T’s work. (what is up with your impermanent links, MMK?)] 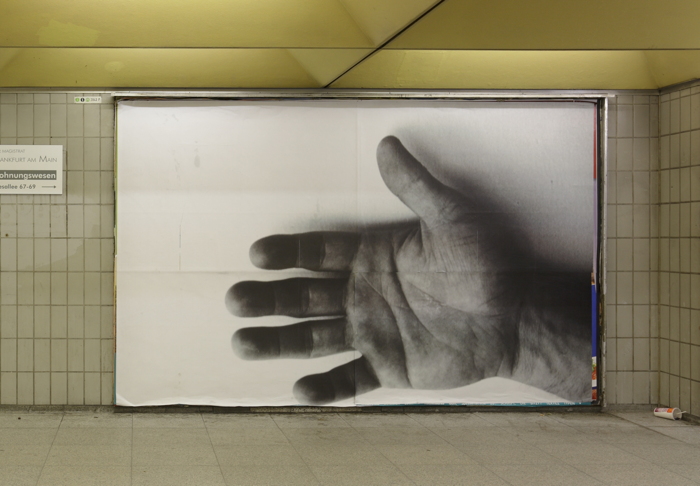 As if the association couldn’t be any more un-Serra, the title of that show, “Specific Objects without Specific Form,” was co-curated in Frankfurt by Tino Sehgal.
But in a 1973 interview with Liza Bear originally published in Avalanche, Serra dismissed intention and emphasized experience:

The focus of art for me is the experience of living through the pieces, and that experience may have very little to do with the physical facts…Art’s a state of being, and it’s continuous. You’re not just an artist when you’re making art.

And in his talk at the Hirshhorn in 1994, Felix recounted how, regardless of whatever his intention for the image, the reactions to a billboard with an open hand varied dramatically depending on the culture and context in which it was shown.
Normally this is the point in a blog post where I make a profound or definitive conclusion, or at least a witty wrapup. But I put all my effort into the title, and so I have none.