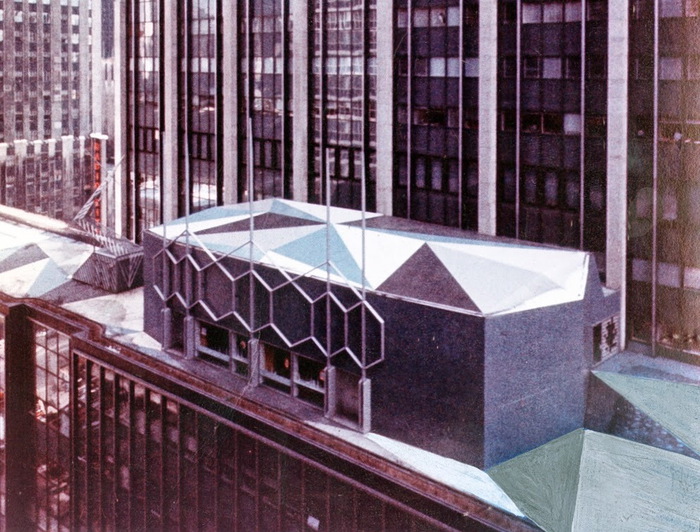 Amazing, how did I never know this? Gio Ponti designed a business pavilion and auditorium for Time-Life in 1958, and it’s still there, perched mostly out of view on the north side of the 8th floor setback of 1271 6th Avenue. It’s covered with crystalline facets and triangles on the roof and terrace [though the photo above also seems to include some overpainted elements. Also it was flipped, so I fixed it.] 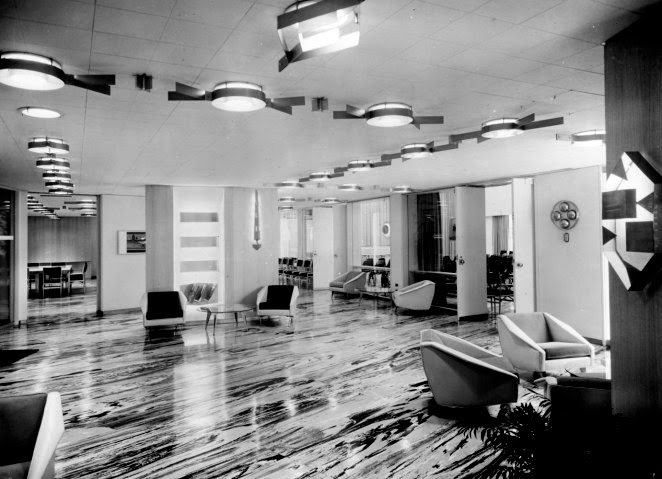 Dubbed “the most versatile and complete business-meeting facility in Manhattan,” the pavilion was commissioned by Henry Luce at the instigation of his wife Clare Boothe Luce, who wanted to make Ponti a thing. Writing about a 2010 show of Ponti in New York curated by Germano Celant, Suzanne LaBarre described the pavilion as “the closest thing to a playground a stark, midcentury office building had seen: green-and-blue marbleized floors; saucers and brass strapwork in the ceiling; obelisk sconces; and a smattering of irregular nooks, foyers, and bars.” Green & blue marbleized floors? Yow. Sounds like proto-Memphis to me, and makes me curse black and white photography. 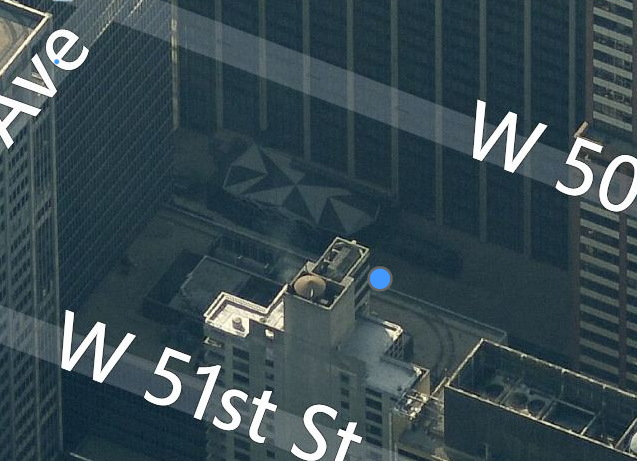 Gio Ponti Time-Life Pavilion/Auditorium, on the north side of 1271 6th Ave, looking S/SE on bing
Unfortunately, LaBarre reports that Ponti’s interior has been destroyed and remodeled two times over. [The top two images come from Esoteric Survey’s extraordinary survey of the 1958 Time-Life Building’s interiors, from the likes of, basically, everybody.] Time is out of or leaving the building this year, so who gets the Ponti? 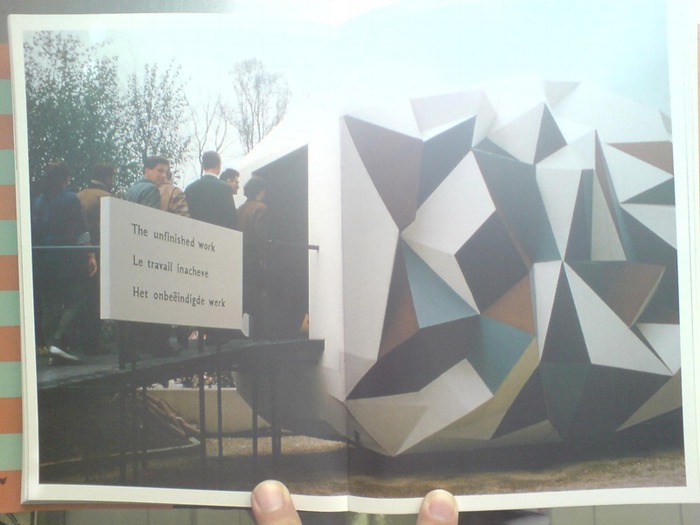 What is most surprising to me, though, is the similarity of Ponti’s design to the Unfinished Business Pavilion, created in for the 1958 World’s Fair in Brussels. In an attempt to head off Soviet criticism of the US’s discrimination against African Americans and the civil rights protests it spawned, the State Dept. and USAID asked Luce’s Fortune Magazine to create a pavilion addressing ‘the Negro Problem.’ Fortune creative director Leo Lionni’s three-part design moves from the “chaotic crystal” of the past to the bright happy square future where children of all races play together in harmony. Which was considered such an insult to the segregationist Dixiecrats in Congress, they demanded Fortune close the pavilion as soon as they got wind of it.
Which is interesting that in color and form, Ponti’s pavilion most closely resembles the chaotic crystal section, or vice versa. Maybe Ponti’s came first, and Leonni used it as a stand-in for the shameful past we were all trying to overcome. Anyway, this warrants further investigation.
Time-Life [esoteric survey]
Gio Ponti’s New York [metropolis]
Previously, related, and devastatingly, depressingly timely: The Unfinished Business Pavilion, by Leo Leonni
None of Your ‘Unfinished Business’