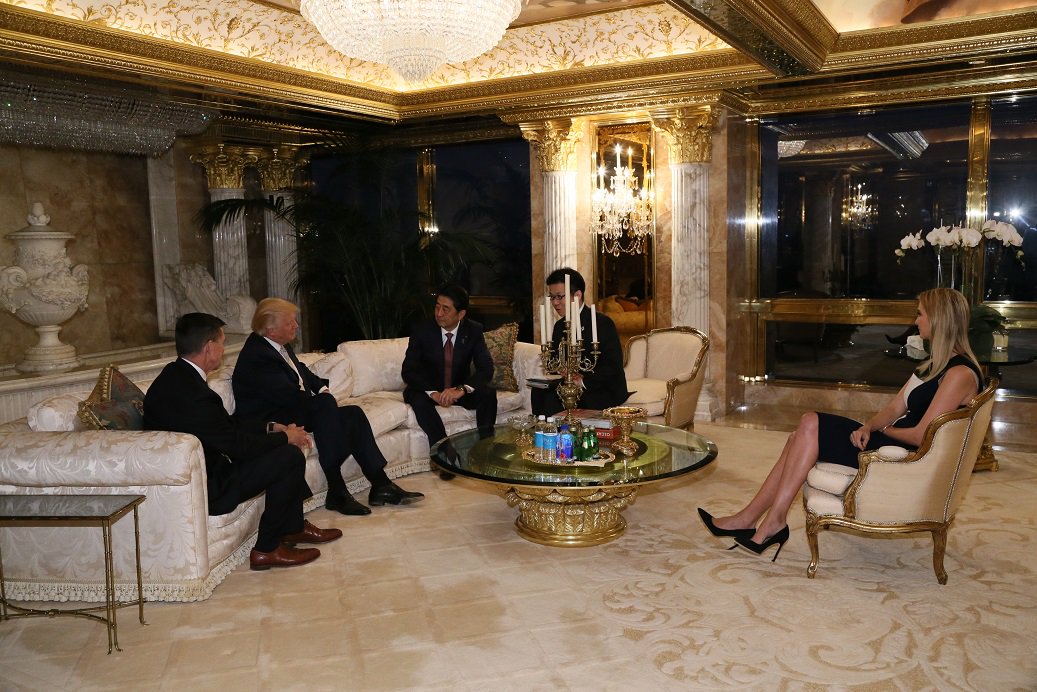 The first draft of history. History written by the victors What even is it? The barrage of nonsense comes so fast and thick and is so full of bullshit that the very notion of history feels out of date. Which is probably someone’s point. Or at the very least, in someone’s immediate interest.
Do you even remember the outrage when the Japanese Prime Minister’s Press Office released publicity photos of Shinzo Abe meeting Donald Trump at Trump Tower on November 17th, which revealed that Ivanka and Jared were sitting in on the meeting?
And then like two weeks later, the Times kind of buried the lede that at that very moment, Ivanka’s fashion label was negotiating a licensing deal with a Japanese apparel conglomerate whose majority shareholder is a development bank owned by the Japanese government.
Oh, hands were wrung, potential conflicts of interest were ruminated upon, denials and assurances were floated. And it all turned out to be bullshit, and that was also the same time Jared and Ivanka were in fact preparing to take up offices and jobs in the White House.
So maybe that’s a power of a painting: the ability to slow things down, even just long enough to have an impact, to make something stick, to give some context. It rewards the exercise of looking, looking longer, and looking back.
Campaign Ends April 26th: Our Guernica, After Our Picasso: A Kickstarter