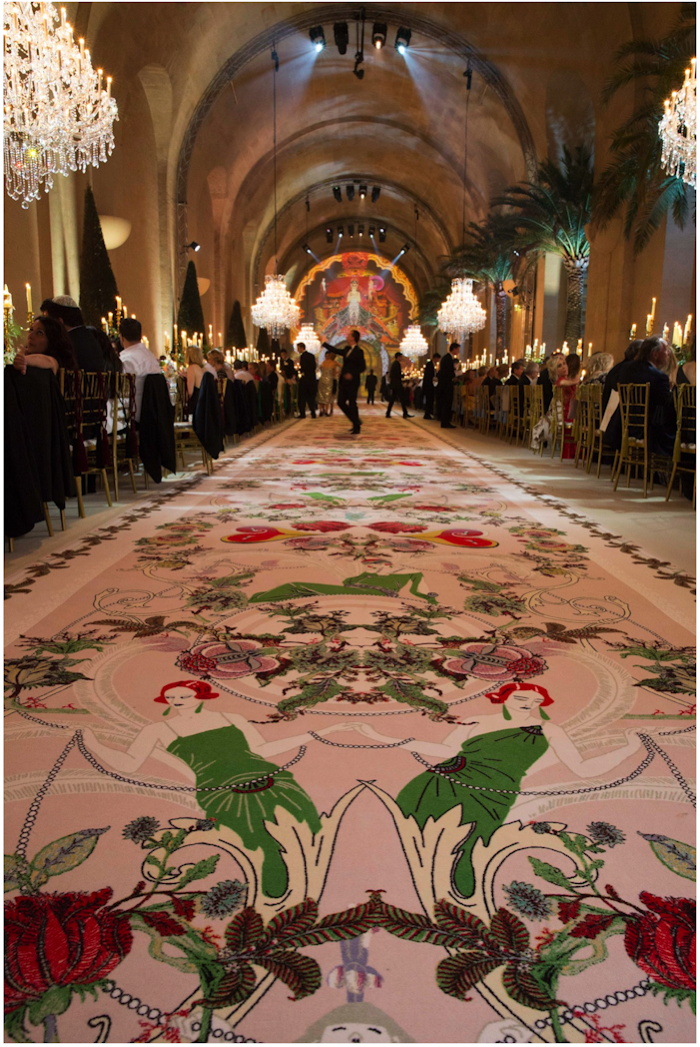 Yesterday was a rough day to be a human being. Turning to art as a supposed respite from the outrages and insanities of the culture swirling around us proved only somewhat effective. Not in a position to handle the news of the day, I turned to the injustices and emotions wrought by Vogue.com’s freshly published, half-baked writeup of a wedding four months past.

The couple, profligate European randoms, heirs to immense enough fortunes but seemingly bereft of wisdom or self-awareness, are made to sound like they think they invented the seven figure wedding. The illogics and contradictions of the narrative continued to bug me across the day: Kim & Kanye were not permitted to have their wedding in Versailles, and were forced to settle for a rehearsal dinner in l’Orangerie, but this former Lanvin intern is so well connected, she could pull it off? Except weddings are not permitted in public buildings in France, so they either had a stealth ceremony, in which case, are they legal? Or they got married in the mairie like everybody else, and had a little religious after-thing, followed by dinner, in one of the five event rental spaces at Versailles: l’Orangerie.

And the bride didn’t have time to get shoes made, but she had time to fill the 156-meter long gallery with a rug, custom embroidered with an Erté-inspired design from the invitation. [Except she did get shoes made. And I have been staring at this rug, and is it really embroidered or just printed?]

On the bright side, karmically speaking, May 28th was brutally hot in Paris, 32 degrees, 12 degrees above average, so all 450 guests had to schlep from the entrance of Versailles, out across the garden, down the 100 Steps, and then double back, a 20 minute trip, in eveningwear, only to reach the historic greenhouse spaces that could not be air-conditioned because of “legalities.” [The bride said the forecast had been for rain. Think about that for a second.]

But back to that rug. It is now my second textile work, with each repeat of the rug design comprising a separate example from the edition. Let’s chop that thing up. Like those wheelie-marks-on-plywood paintings Aaron Young made at the Armory that one time, with the motorcycle gang. Or maybe the proper reference are the verre églomisé mural panels Jean-Théodore Dupas designed for the grand salon of the SS Normandie, an indeterminate number of which were salvaged and dispersed when the great French ocean liner burned and sank in New York harbor in 1942. 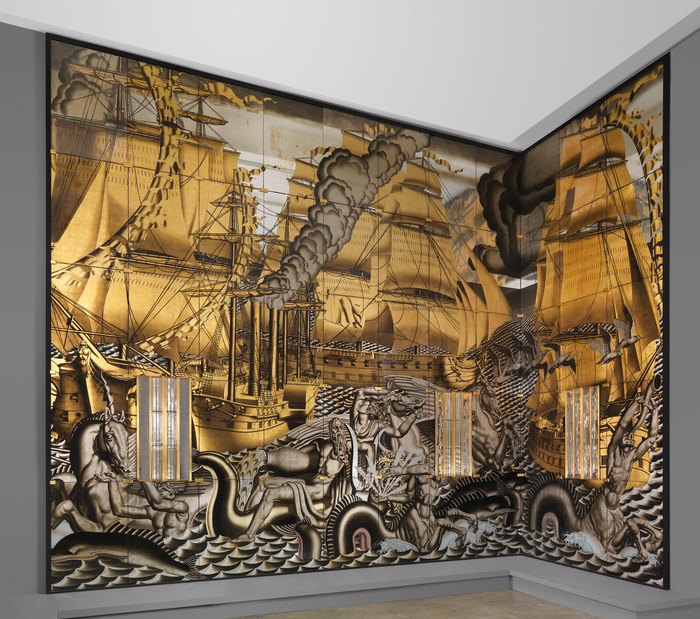 The happy couple gets one, of course, and the calligrapher, and the fashion show producer/wedding planner. Probably set aside one each for the parents, who, though presumably footing the bill, go entirely unmentioned. I’m going to err on the side of caution and say it’s an edition of 15, with 3 or so APs.

I’d probably have a slightly easier time getting a hold of the rug if I held off posting this, but I’m fine to let it play out.

the wedding write-up and slideshow [vogue]
the calligrapher/graphic artist who did the invitation which was adapted for the carpet [stephaniefishwick.com]
previously: Untitled (I Can See Russia From My House), 2017