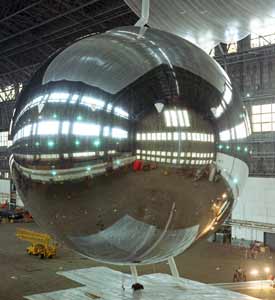 Yes, I do have a ton of other things I should be doing, but I can’t seem to get Project Echo out of my head. I really want to see this, 100+ foot spherical satellite balloon, “the most beautiful object ever to be put into space,” exhibited on earth. But where? 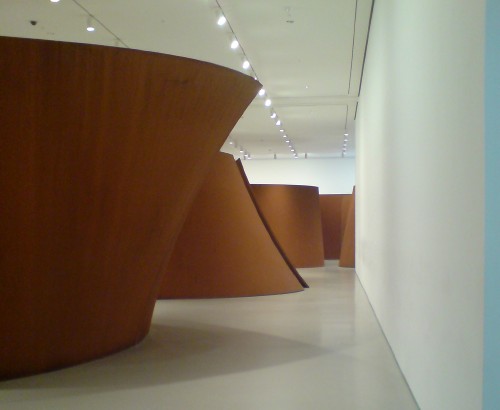 When MoMA was designing its new building, a lot of emphasis was placed on the contemporary artistic parameters that informed the structure. The gallery ceiling heights, the open expanses, the floorplate’s loadbearing capacity, even the elevators, everything was designed to accommodate the massive scale of the important art of our time: Richard Serra’s massive cor-ten steel sculptures.
And they did, beautifully, until just a few days ago.
But is there anything more anti-Serra, though, than a balloon? Made of Mylar, and weighing a mere 100 pounds? And yet at 100 feet in diameter, a balloon of such scale and volume, of such spatially overwhelming presence, it dwarfs almost every sculpture Serra has ever made?
The original Echo I was launched into space, but it was explicitly designed to be seen from earth. It was an exhibition on a global scale, seen by tens, maybe hundreds, of millions of people over eight years. People from the Boy Scouts to the king of Afghanistan organized watching parties. Conductors stopped mid-outdoor concert when Echo passed overhead. 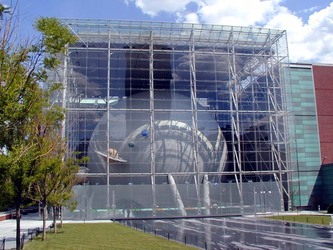 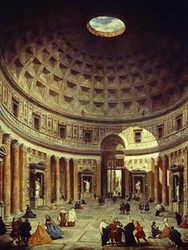 What would an Echo satellite do to the art space it would be exhibited in? Are there even museums or galleries who could handle it? Or is the physical plant of the art world still organizing around the suddenly smallish-feeling sculptures of, say, Richard Serra? 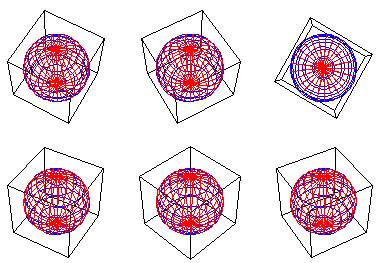 Echo satelloons were first seen–or shown, isn’t that why there’s a giant NASA banner draped across it?–in a 177-foot high Air Force blimp hangar in North Carolina. There are plenty of non-art spaces where an Echo could be exhibited, but that misses the whole point.
What art spaces in the world are able to physically accommodate an 10-story high Echo? A gallery or museum would need unencumbered, enclosed exhibition space of at least 120 feet in every dimension: