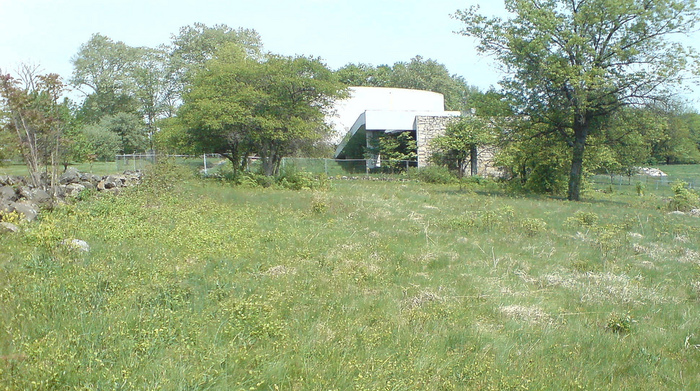 We just got back from a weekend trip to Gettysburg, PA, and I was not quite prepared to be so fascinated by it. Gettysburg the town was attacked the Confederate Army in the Civil War partly because of its symbolic value [as a Northern target], but also because so many roads converged there. It turned out several of the meandering paths I’m interested in converged there, too. 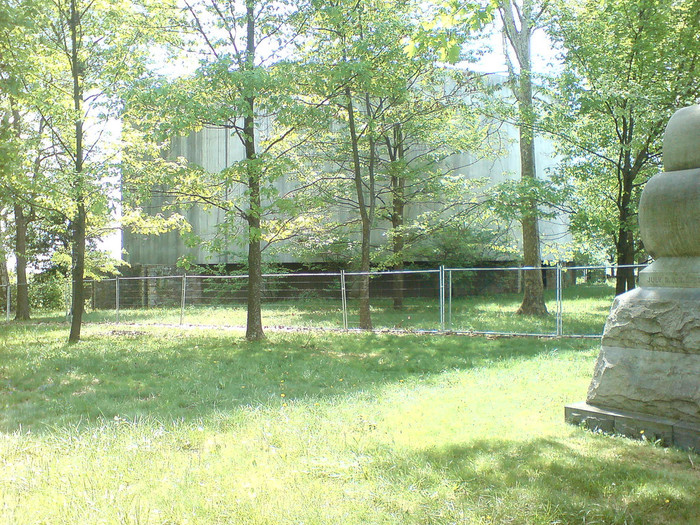 Without knowing exactly where it was, I was interested in seeing the closed Cyclorama Center, designed in 1962 by Richard Neutra. In 2008, after relocating the Cyclorama itself–one of four extraordinary 359-ft long panoramic paintings made in the 1880s by Paul Philippoteaux [three remain]–to a new Visitors Center, the National Park Service began trying to demolish Neutra’s Cyclorama Building. Neutra’s son Dion and other preservationists are contesting this plan in court.
Well, it turns out the Cyclorama’s right on Cemetery Ridge, near the Confederate Army’s key attack on the center of the Union line. Which turns out to make sense, because that site was the focal point Philippoteaux chose for the paintings. This Cyclorama was on display in Boston for many years, until it was relocated to Gettysburg the town in 1913. The Park Service bought it, restored it, and then re-sited it to the very site it depicted, in time for the 100th anniversary of the battle. 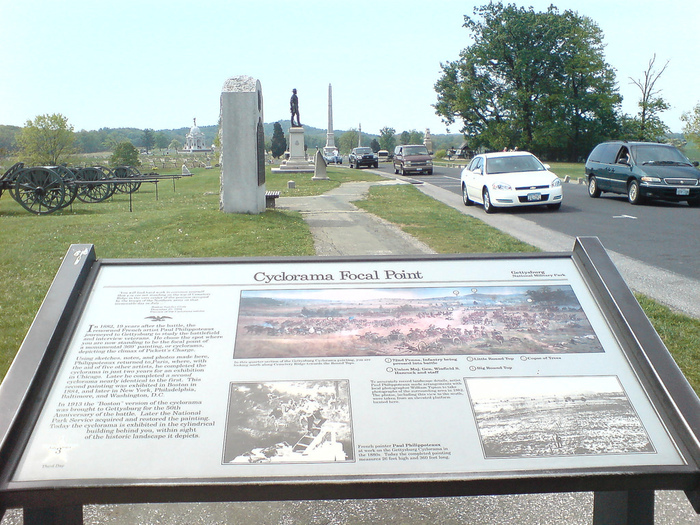 The Park Service’s reasons against keeping the Cyclorama Building are partly logistical–it couldn’t accommodate the current number of visitors and cars; partly technological–the state of the Cyclorama art now involves multimedia light and sound elements, as well as 3D dioramas, which were apparently present in Boston, but not in subsequent installations. But its main argument is curatorial–it’s now considered inappropriate to place such interpretive structures directly on the site itself. The contemporary building thus thwarts their attempt to restore the battlefield to its pastoral, pre-1863 condition.
The first argument is undoubtedly true, but it doesn’t preclude the NPS from adapting the building to some kind of other, lower-impact use. The second argument is true, too, and I’d guess that they feel they’re getting the most out of their Cyclorama Experience now. Plus they now get to charge $10.50 for a ticket.
It’s the third argument that turned out to be so confounding and complicated, because the battlefield is literally jammed with markers and structures, not just monuments and memorials, that have been put there by successive generations as part of the remembering and memorializing process. The Cyclorama and its building are among the most important chapters in the post-war history of Gettysburg, and the Park Service’s plan to destroy the building would be highly questionable even if it hadn’t been designed by one of the country’s most well-known modernist architects.
Just about a month ago, a federal judge found that the Park Service had failed to study or consider the impact of demolishing Neutra’s building, which they had lobbied to keep off the National Register of Historic Places.
I think I’ll be breaking this up over several posts.
Next: ‘The largest collection of outdoor sculpture in the world’