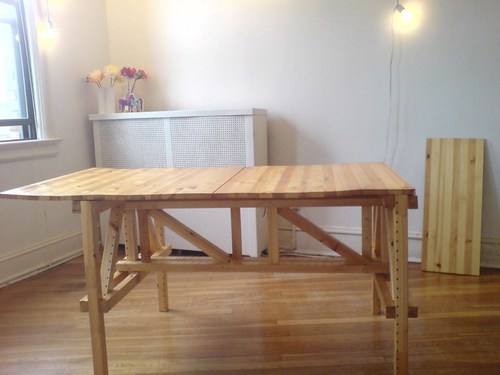 So I guess you could argue–and you wouldn’t be completely wrong–that no matter how many coats of hand-rubbed varnish it has, no matter how carefully calculated its design, or how flush its finishing nails, how stainless its many steel screws, a dining table which a six-year-old girl can snap apart like a pair of ramen truck chopsticks cannot, in the end, truly be considered a success. 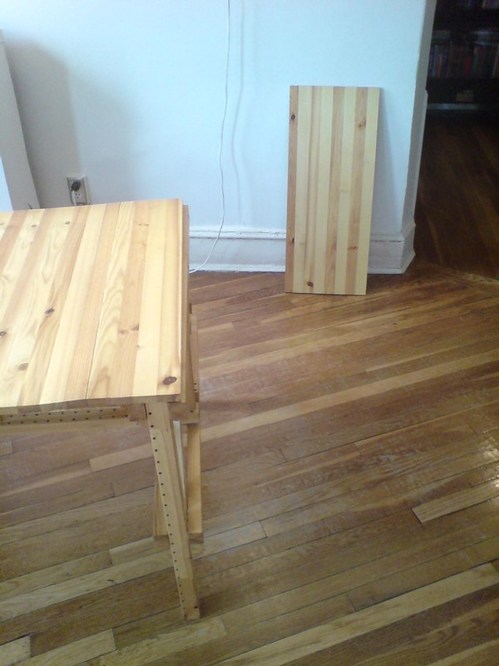 But anyway, it’s not worth arguing, because that’s what happened the other day. And it’s not important or even relevant to discuss exactly how it happened, or who did it. Because obviously, it’s my fault. In fact, if the Enzo Mari X IKEA autoprogettazione table survived a day in our house, it’s only because our family and regular visitors were living in fear, subjected to a constant, low-level psy ops campaign of tense looks and warnings, with suspected leaners getting regularly guided toward the table’s side seats and away from the cantilevered ends. 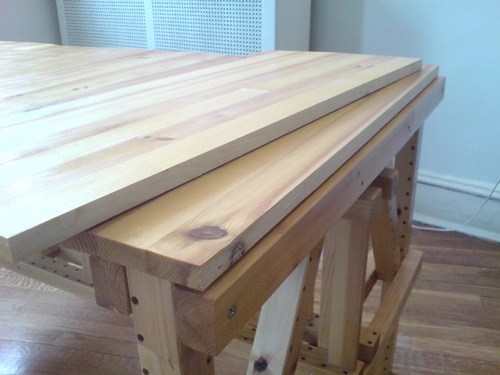 Because the top clearly broke on Ikea’s butt joint, and not my own is of little comfort; it broke where the fulcrum was–the base. I knew it would/could happen when I decided to make my table top from horizontally built up Ivar shelving instead of the other two options I had: 1) tracking down the original, 200cm long Ivar shelves that had just been discontinued when construction began, or 2) using the thick, pine slab head and footboards from a king-size Mandal bed. The former, I nixed because I decided that building a table from discontinued Ikea parts might hinder the vast revolution in autoprogettazione-inspired Ikea hacking that would surely follow the debut of my project. The latter, well, the bed frame came already finished, and that felt a little like cheating. 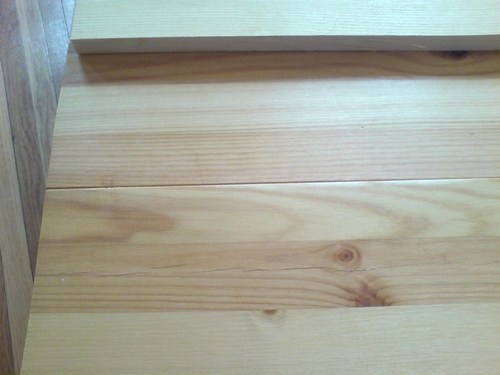 Now, of course, with a card-table sized dining table, I’m more than ready to compromise. But Ivar long shelves are still discontinued, and now, it turns out, so is the wood-intensive Mandal bed, which has been redesigned to use no headboard, or a weird, slatty thing you mount on the wall.
That means I’m going to need to re-create the table top as-is, and reinforce it underneath, and hope that it holds. Or I’ll replace it entirely, probably with some slabs of sick, slick, ultra-deluxe 500-year-old sinker pine from the bottom of some icy river somewhere. Either way, I’ll be back in the basement, varnishing something soon.
Previously: The making of an Ikea X Enzo Mari table, in many chapters