Though there was some buzz about the “Chinese Embassy” on 42nd Street, which is actually the UN Mission, I wasn’t seeing anything in the twitterstream about the protesting the arrest and detention of Ai Weiwei by restaging a global version of his installation, 1,001 Chairs at the actual Chinese Embassy in Washington DC.
So we set out, with a toy high chair, just in case. Good thing. 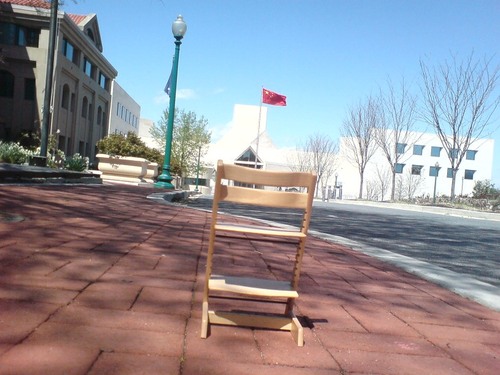 We rounded the corner, and the street in front of I.M. Pei’s imposing limestone structure was as empty as the rest of the closed-off, empty embassy loop. We took a picture.
Then we decided to head closer, and a good thing, too. Because there was another chair after all. 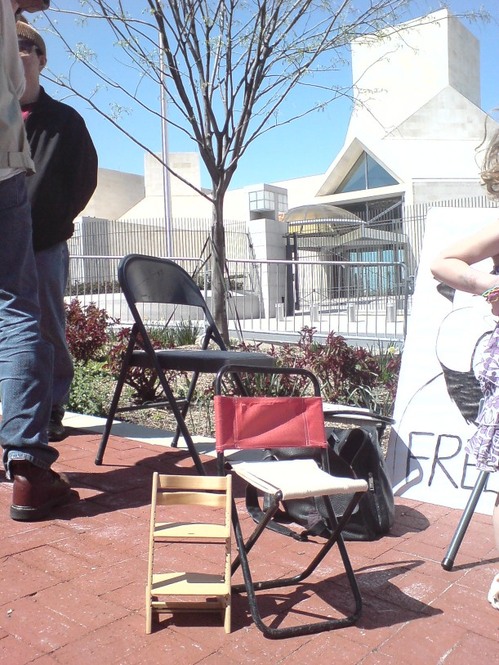 And a couple being sat in, by five protestors, including two in Free Ai Weiwei t-shirts and two in funny hats. We stopped, added our chair, checked in on the protest [“there’ve been a few”], took some pictures, and took off. A few minutes later on the walk home, the t-shirted pair passed us on their bikes and waved.