These people are not wearing their videoconference faces.
According to the EXIF data, White House photographer Pete Souza took this photo at 4:05 PM, or 1:05 AM Abbottabad Time, five minutes in. They’re watching it as it happened. Which people already know, since it has garnered 455,000 views been blogged and retweeted and facebooked 455,000 times in a matter of hours.
Souza also asks us to “Please note: a classified document seen in this photo has been obscured.” Indeed, there it is. Funny how unobscured it looks at this size. 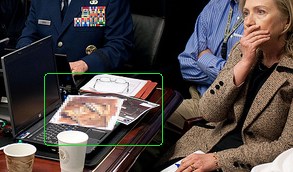 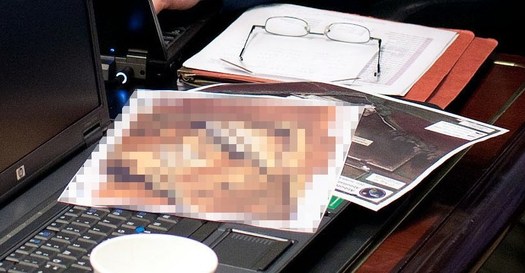 Didn’t I just post something about collecting all the seals and emblems of government agencies?

Because that’s the seal for the National Geospatial Intelligence Agency sticking out from underneath there. As you’d expect. 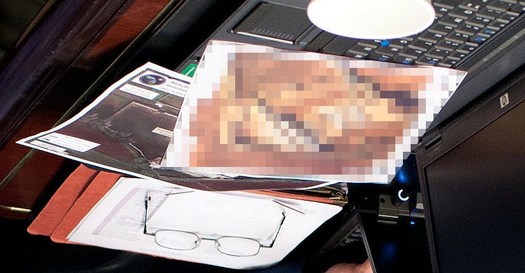 And that corner of landscape does look like the image of left sideyard of OBL’s compound. [image via ogleearth] 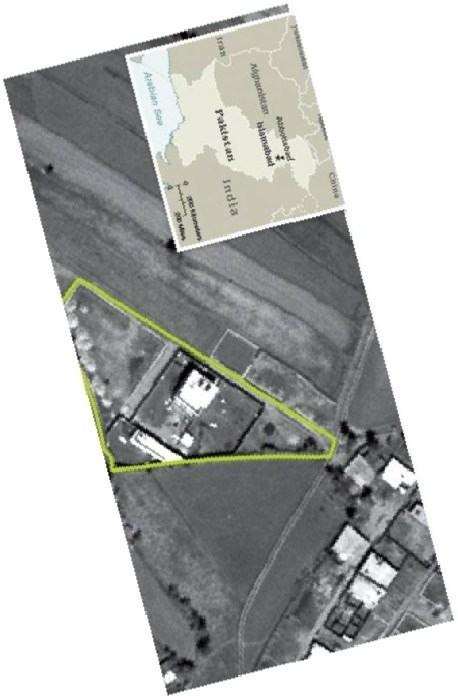 And now that you mention it, the pixelated image does look like the front gate area of the compound, just at an as-yet-unacknowledged high resolution. Of course, from here, it also kind of looks like a painting. I’ll get right on that.
Previously: Google Maps & the everchanging Dutch Camo Landscape