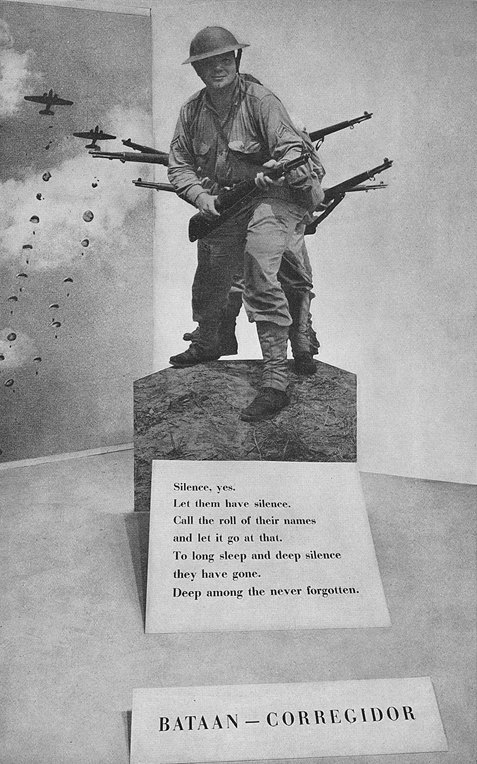 See, this is why I wonder about whether Gerhard Richter, “shocked” by seeing Edward Steichen’s MoMA exhibit Family of Man in West Berlin in 1955 while he was a student, ever went on to research Steichen’s earlier photography exhibitions, such as the 1942 Road To Victory.
Because all around the life-size photo cutout of a GI on Corregidor is a whole series of giant aerial photos of US bombers and fighter planes at work. Over the skies of Germany. 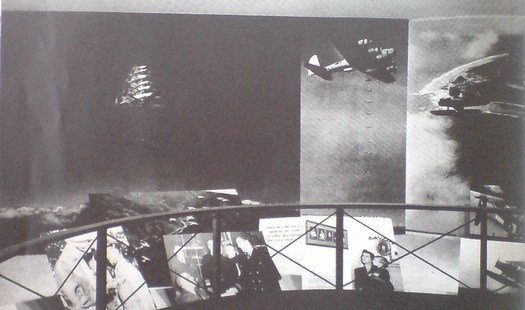 And though Atlas shows Richter took a specific image from a newspaper for his first airplane painting, it does look very much of a type–and of a scale–that Steichen was using, too. 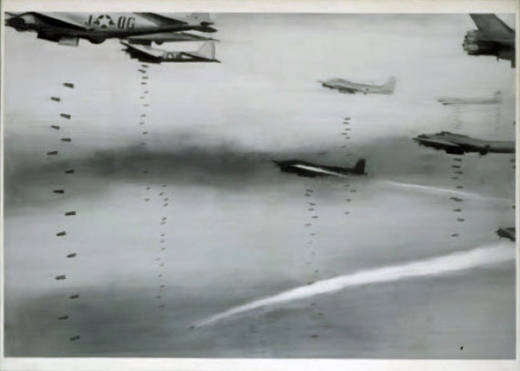 Bombers, 1963, image: gerhard-richter.com
And then this one which, like the one behind the cutout, is clearly taken from the ground–and, just as clearly, from the business end of a bombing run: 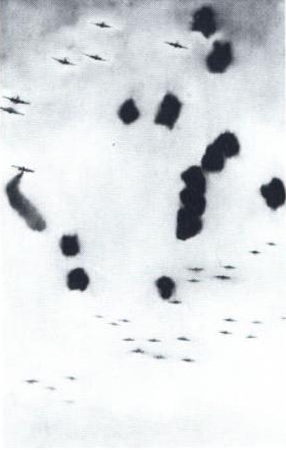 Loads of death, tons on tons of annihilation, out of
the sky and down down down on the enemies of
the free world–killers with wings–dropping
polished cylinders to let loose tornadoes of hell
and ashes on the hideouts of the “New Order.”

Carl Sandburg’s rather plush poem/captions for Road To Victory sound a little different in this context.
In comparing photography’s postwar cultural positioning to the prewar modernist era in relation to the work of Bernd and Hilla Becher, Blake Stimson wrote,

Photographers once again assumed a special role for this reconstruction, this production of a new, new vision and new, new man. Such was the mission adopted programmatically by Edward Steichen for The Family of Man, for example,

So whatever Family of Man‘s photographs may have told Richter “about modern life, my life,” once he came West and started painting, I’m not so sure he was still buying it.